Lien on Me: How one woman's willingness to tell her story changed the law

A 9NEWS viewer sent 9Wants to Know an email saying she had a lien on her home after what she thought was an in-network procedure. This led to an investigation. 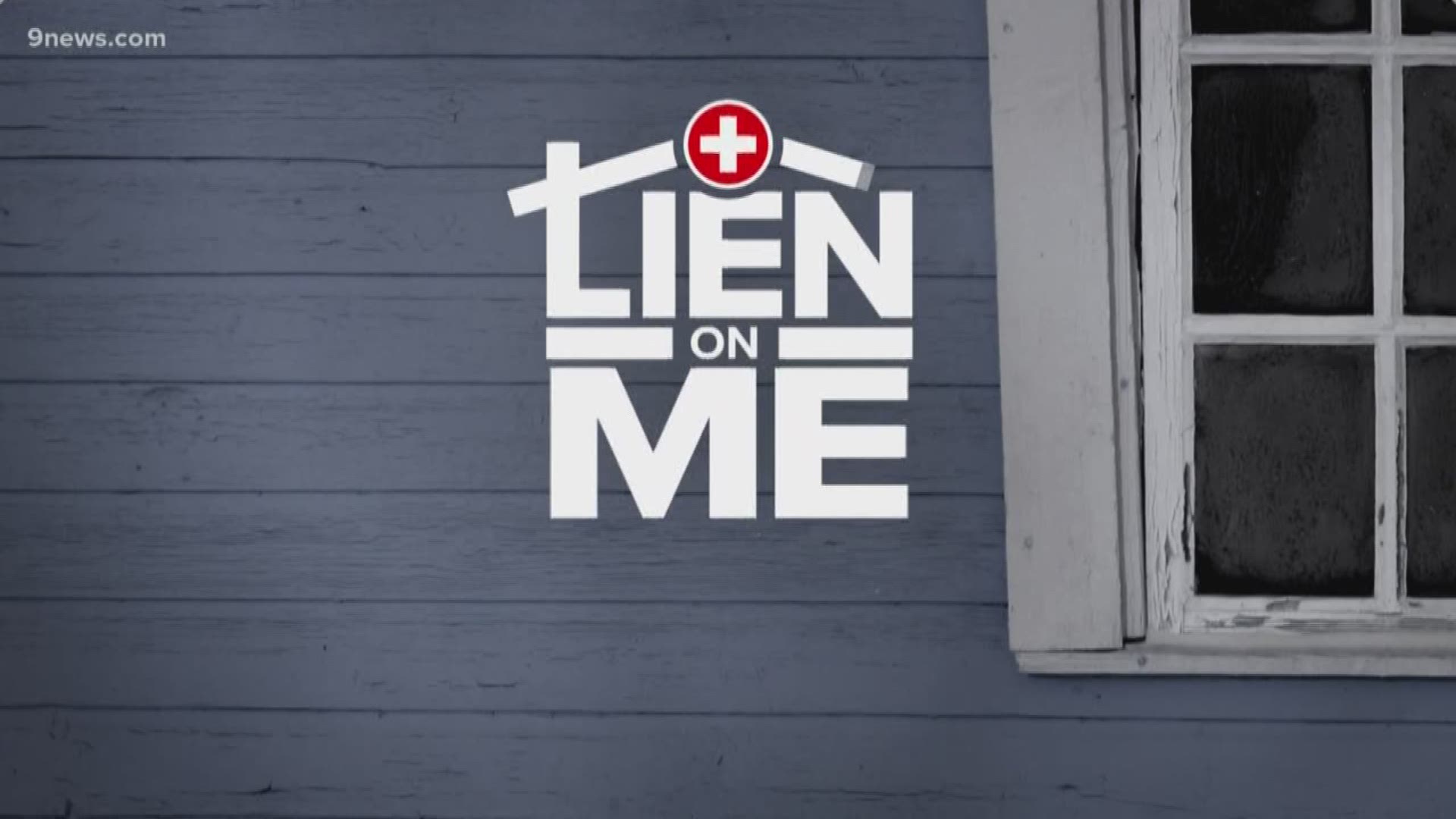 DENVER — Watch the full "Lien on Me" special in the video player above.

The first email arrived in my inbox more than a year ago. Submitted to showusyourbills@9news.com, Nicole Briggs’ email provided an unusual story.

In 2016, she went to a hospital in-network with her insurance for an appendectomy. Two years later, she had a lien on her home.

Not long after, I heard from someone else.

I’ve now been looking into medical bills for more than four years.  If those years have taught me anything, they’ve taught me that one email can be an aberration.

RELATED: How you can visit the hospital, then get a lien on your home

Two emails can, however, be the start of an investigation … especially when they arrive nearly in unison.

We interviewed Nicole very early on.  We asked for her patience, and then we went to work.

Was the lien on her home an aberration or was it part of a pattern?

Were there other liens placed by the same collections company that placed the lien on Nicole’s Lakewood home?

We found plenty of them.

RELATED: Why hospitals work with doctors who sue patients over medical bills

But that only told us half of the story. So, we put together a database of all liens placed by this one company, and then we started calling each property owner.

Whenever I had a free minute or two, I made another phone call.

“My name is Chris Vanderveen, and I’m a reporter with 9News. I’m wondering if you might know why there is a lien on your home?” I asked.

More often than not, those who answered were more than happy to tell me about it.

RELATED: Ways to protect yourself from surprise medical bills

ER visit.  In-network hospital.  Relatively common surgery.  Bill shows up months – if not years – later, telling me the doctor who performed the surgery was out-of-network with my insurance.

Before we knew it, we had found more than 170 people just like Nicole Briggs.

During our investigation, we interviewed Rep. Daneya Esgar (D-Pueblo). She was incensed.

“I was shocked this was legal,” Esgar said.

She then pledged to help change the law.

She knew it wouldn’t be an easy fight. She knew better than most legislators that for four consecutive years, efforts to protect patients from surprise medical bills had failed to even make it out of committee.

She knew the doctors would put up a fight, just as they had during those four consecutive years.

And yet this year felt different.

Patients like Briggs weren’t just telling their stories to 9News.  They were telling legislators too.

When House Bill 1174 sailed out of committee early in the session on a unanimous vote, it was clear this legislation had the support it needed.

A lot of people have written me over the last few weeks to thank 9NEWS for helping bring more attention to this issue.

I’d like to take this moment to thank Nicole Briggs for stepping forward.

We asked her for patience when we first interviewed her. She was more than patient.

When I last spoke with her, she smiled knowing that 1174 was likely to become law.

“This is as close to redemption as I am going to get,” she said.

She lost thousands in this mess.  The lien and wage garnishments upended her life in far too many ways.

But she trusted us to tell this story. And I can’t thank her enough for that.

In this era of “fake news” and media criticisms, I still believe that our stories are only as good as the people we rely on to help us tell them.

We spent more than a year on this.

And yet, without that one email, we might not have ever gone down this crazy, bumpy road.

Without people to help tell the story, we have no story.

So yes, I readily admit, I have struggled to keep up with the sheer volume of people who have written to showusyourbills@9news.com, but please know that we do read them.

I know in the case of Nicole’s email, it also helped change the law.