"It absolutely has to be addressed," Colorado Insurance Commissioner Marguerite Salazar said. 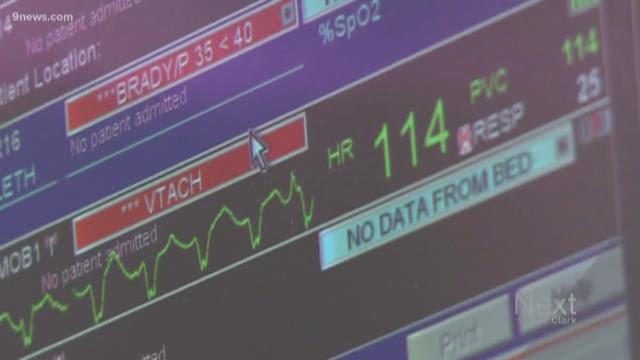 Colorado Insurance Commissioner Marguerite Salazar acknowledged to 9Wants to Know nothing in Colorado law prevents medical providers from sending balance bills to patients who have no legal responsibility to pay them.

“It absolutely has to be addressed,” Salazar said.

As outlined in a Thursday investigation, Colorado law stops short of banning providers from sending so-called balance bills to patients.

Only nine states prohibit the practice, according to a study with the Commonwealth Fund.
In Colorado, a 2006 law says a patient with a state regulated health care plan should be “held harmless” when facing balance bills from out-of-network providers who did work inside facilities in-network with the patient’s insurance plan.

Otherwise known as surprise bills, balance bills often involve the out-of-network provider directly billing the patient for the amount not paid for by the patient’s insurance plan.

Yet, as in the case of Kevin Fritz, the law doesn’t prohibit the provider from sending the bill directly to the patient anyway, creating a tricky situation for patients unaware of the law.

Fritz went to Sky Ridge Medical Center’s emergency room suffering from what he thought might have been a heart attack.

Turns out, there was a major problem a bit farther down.

“His intestines had twisted,” his wife Juanita said.

The potentially fatal problem required the skills of a specialty surgeon to remedy.

While the hospital was in-network with the Frtiz’s insurance, the surgeon was not. Months later, that surgeon’s billing company asked for more than $2,400 – the remaining balance yet to be paid for by the insurance company.

“I had no idea he was out-of-network,” Juanita Fritz said.

When the Fritz’s originally sent their bill to showusyourbills@9news.com., they had no idea it was, in fact, a balance bill. They were days away from their first court appearance in Arapahoe County on a collections case.

Once we found the DOI, Juanita Fritz sent a complaint to the state. She also complained to her insurance company.

More than a month later, her insurance company agreed to hold them harmless from the bill and agreed to settle the claim on its own.

Had they not been informed of the law, they likely would have been forced by the court to enter into an agreement with the collections company (The judges in these civil matters do not appear to be informing defendants of the law).

“What does it say about the laws on the books today if I can be sued on a bill I don’t owe?” I asked Salazar.

“It says we’ve got to look at where are the cracks,” she replied.