She went to the hospital to have her baby. Now her husband is raising two kids alone

"We walked in for what we expected to be the happiest day of our life. And we walked straight into a nightmare." 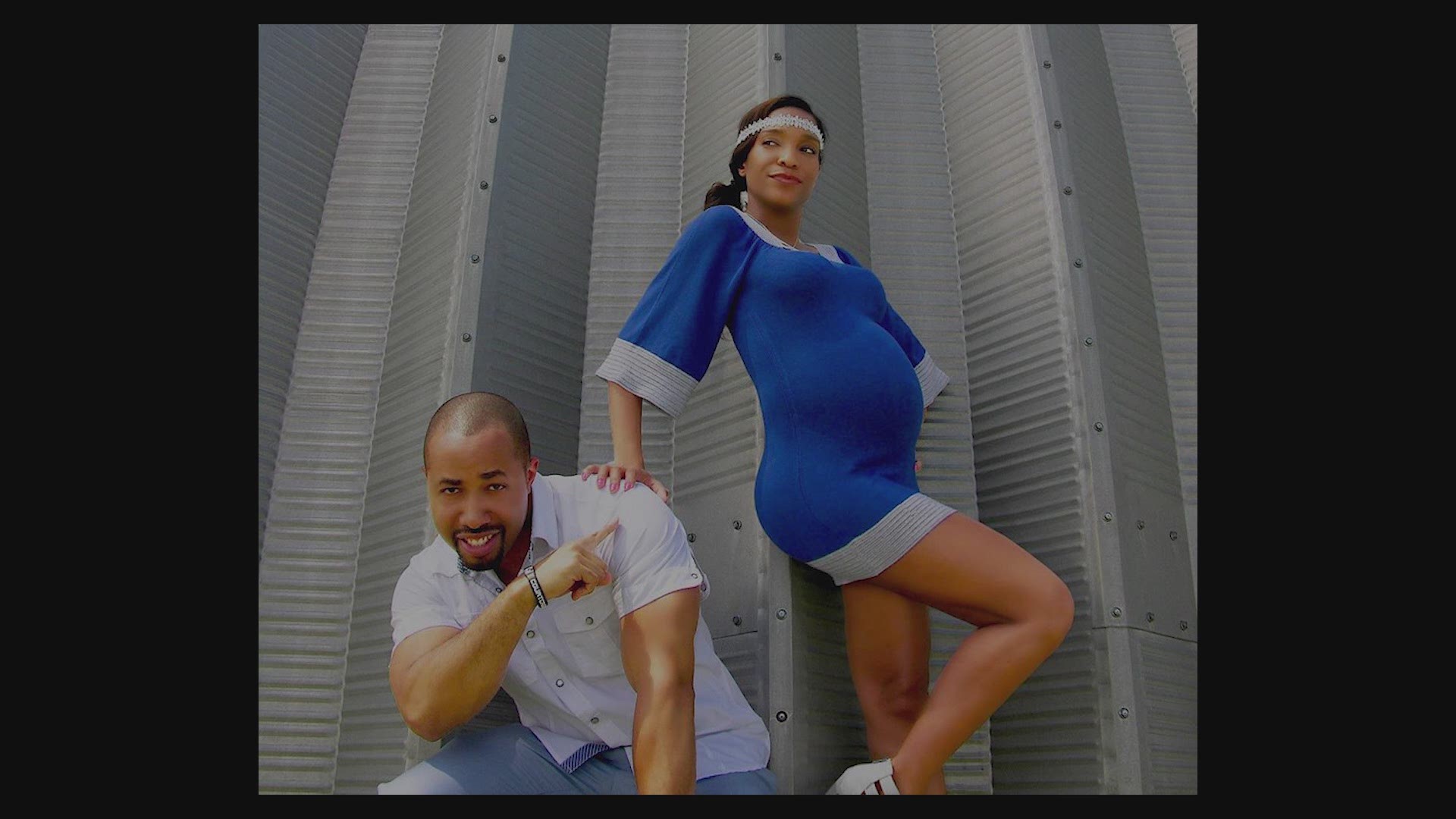 🎵 “You know I think the sun rises and shines on you”🎵

In the beginning, there was a man, a woman and a song.

Frankie Beverly’s “Before I Let Go” blasted over the sound system at a birthday party when Charles Johnson saw Kira. In that moment, he did something very out of character. He began singing along, serenading the stranger at first sight.

“She just cracked this smile that was like from wall to wall, and it was history,” Charles remembered.

Ten years later, only one of them would be alive to share their love story and the conversation it sparked about mothers, medical care and racism.

Kira Johnson is described as unstoppable. She spoke five languages, traveled the world and raced cars with Charles by her side. The couple had their first child, Charles Johnson V, about a year before their spontaneous wedding in Mexico.

In 2016 they were expecting again.

“We always wanted back-to-back boys. When we found out that we were welcoming another boy, we were just ecstatic,” Charles recalled.

He said Kira never missed a prenatal visit and got great reports every time. All signs pointed to a healthy delivery.

(Story continues below the gallery)

1 / 8
Charles Johnson met Kira at a party. He didn't know that would be the beginning of their beautiful love story. (Photo: Courtesy of Family)

🎵 “You made me happy, this you can bet. Stood right beside me, and I won't forget” 🎵

Charles said he knew his wife was admitted into the hospital in exceptional health and delivered a healthy baby boy. However, he realized something was wrong as he watched her struggle in the recovery room.

He noticed blood in Kira’s catheter. He said he brought it to the attention of the nurses and doctors, and the staff ordered a CT scan.

"That was supposed to be performed STAT," Charles said. "In my mind, I'm thinking, 'That means immediately.'"

Charles said he repeatedly asked the medical staff for help, but waited for hours.

Charles said a CT was never performed, and they waited seven hours before doctors took her back for an internal exam.

When the time came to examine Kira, Charles said the doctor told him they would fix the problem.

"'She'll be back in 15 minutes," Charles said the doctor told him. "And that was the last time I saw Kira alive."

Less than 12 hours after giving birth to their second child, Kira Johnson died from a hemorrhage.

“We walked in for what we expected to be the happiest day of our life. And we walked straight into a nightmare,” Charles said. “I sit awake at nights thinking maybe I should have grabbed somebody by the collar, maybe I should’ve turned a table over, would that have made a difference? Even two years later, I still can't make sense of it in my mind.”

►RELATED: 'A river of blood:' A mom describes her near-death experience in the delivery room

Charles' mother is Glenda Hatchett.She operates a law firm in Atlanta, but is also known from her nationally syndicated reality court TV show Judge Hatchett. She and her daughter-in-law Kira were very close. She was at the hospital before Langston was born. The news about Kira's death devastated her.

"She was so excited that Langston was coming. She should be here," Hatchett said.

(Story continues below the gallery)

Kira’s case isn’t unique. Pregnancy-related deaths are increasing in the United States more than in another other country in the developed world.

In 2015, the Global Burden of Disease Study revealed that for every 100,000 births there are 26 mothers who die in the U.S. In comparison, the death count is nine in the United Kingdom, seven in Canada, and four in Italy, Sweden and Denmark.

At least 700 women die in the U.S. every year from pregnancy-related causes, according to a report from the Nine Maternal Mortality Review Committee. These deaths occur during pregnancy, during childbirth or up to a year after delivery. More than half of all deaths have been deemed preventable by the Centers for Disease Control and Prevention.

“There is no acceptable maternal mortality. It is a fundamental measure of a nation's health and health care system. So what this would say about ours, is that ours isn't all that healthy, and we've got a lot of work to do,” explained Dr. William Callaghan, chief of the CDC’s Maternal and Infant Health Branch.

►RELATED: She couldn't wait to be a mom, but now her twins will never know her

Kira Johnson’s death was a tragedy. Her husband, Charles S. Johnson IV, is demonstrating important leadership in raising awareness of preventable maternal deaths. Cedars-Sinai strongly agrees with Mr. Johnson and the American College of Obstetricians and Gynecologists that no mother should die giving birth.

While federal privacy laws prevent us from responding directly about any patient’s care without written authorization, we can share the following: One of the reasons for Cedars-Sinai’s high quality of care is that we thoroughly investigate any situation where there are concerns about a patient’s medical care. Based on our findings, we make any changes that are needed so that we can continue to provide the highest quality care to our patients. This includes reviewing hospital procedures as well as the competency of healthcare providers.

Hatchett believes Kira's death could have been prevented.

"They researched, they were in Los Angeles, they knew that Cedar Sinai was a world-class hospital and after she died, they said 'Oh, had we gotten her back to the operating room she would be perfectly fine. Oh if we had...' Well why the hell didn't they? It was not that she was sick, it's not that she had a preexisting condition, that she had a heart problem or she had a blood clot, none of that was Kira's case."

►NEXT CHAPTER: Why childbirth is a death sentence for many black moms

►CHAPTER 3: 'A river of blood:' A mom describes her near-death experience in the delivery room

►CHAPTER 4: American moms are dying in childbirth. What you can do about it