Robert Feldman is charged with first-degree murder for the 2015 death of his wife, Stacy Feldman. He is set to stand trial this fall. 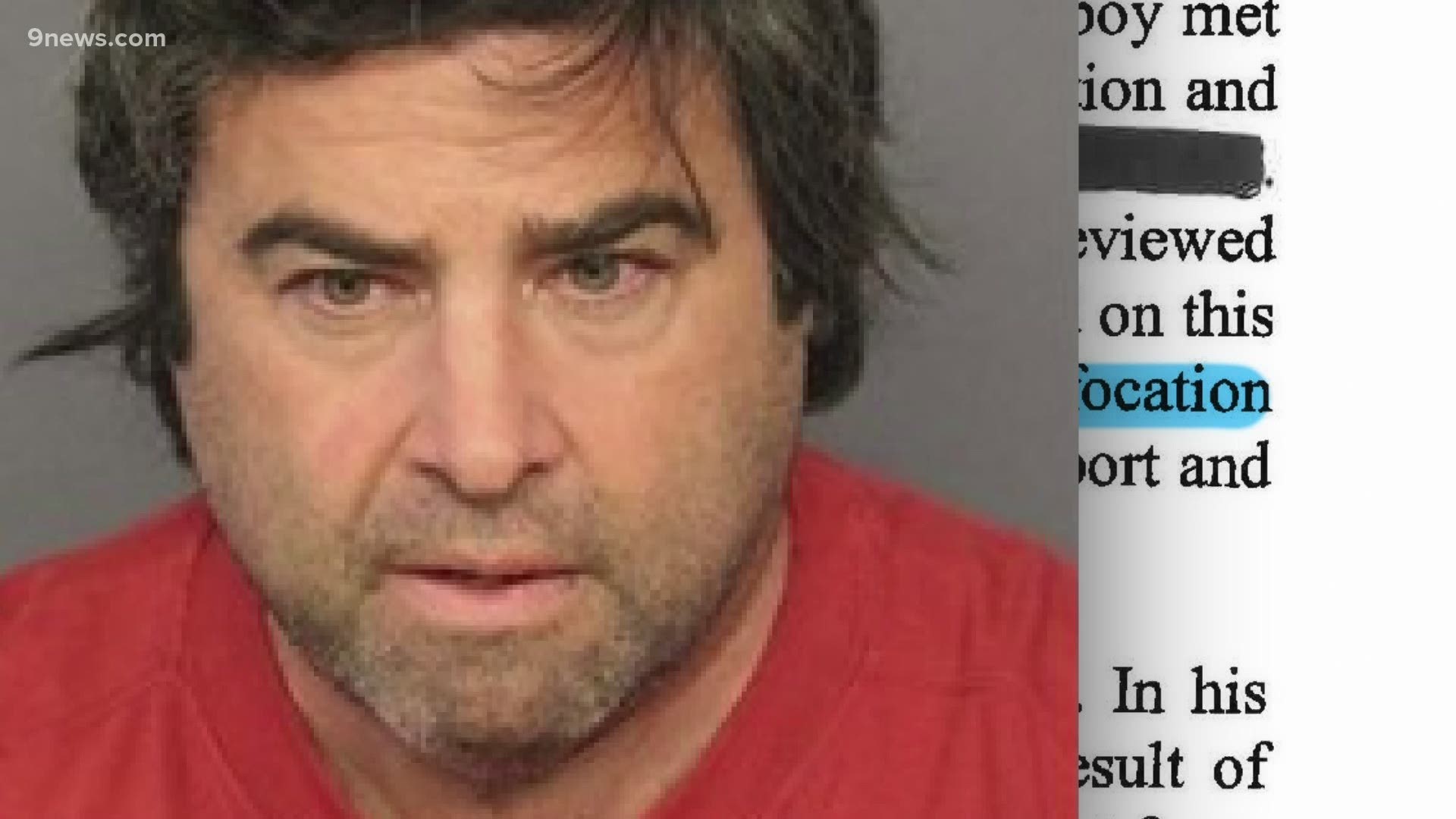 DENVER — A Denver man charged with murdering his wife and awaiting trial on house arrest has repeatedly left his home for long bike rides – some lasting three hours or more – with stops at coffee shops, restaurants and stores, a 9Wants to Know investigation found.

In all, 9Wants to Know found that Bob Feldman had ridden his bicycle on more than 230 days since October 2018, and covered more than 3,000 miles – all while facing a murder charge in the death of his wife, Stacy Feldman.

The rides were recorded on an exercise app called Strava and posted on a publicly accessible website.

During that time, Feldman was supposed to be confined to his home, allowed to leave only for appointments with his doctor and lawyer, for court dates, for groceries, to attend religious services and – after his doctor said he needed exercise – to take walks.

Some of his bike rides were to medical clinics and his lawyer’s office. But others took him far from his southeast Denver home – to Broomfield, Golden, and Morrison – and included stops that were not allowed, according to court documents.

Rides detailed on some of the online postings were also photographed or filmed by 9Wants to Know.

Feldman did not answer the door at his home earlier this month, and a few days later did not respond to questions from a reporter outside his home.

“I don’t comment on my clients’ cases,” said Jeff Pagliuca, one of his attorneys.

“How – why, why isn’t someone stopping it?” asked Jan Goldenberg, who considered Stacy Feldman her best friend. “How come? What happened in this system, in this situation where this is OK? I don't know, but it’s painful, quite frankly, painful to hear about and it's just sort of a salt in a wound.”

Feldman, 57, is scheduled to go to trial Oct. 1 in the repeatedly delayed case. He faces a single count of first-degree murder.

Credit: Courtesy Jan Goldenberg
Stacy Feldman smiles for the camera in a 2008 photo.

He had called police the afternoon of March 1, 2015, saying he found his wife in the shower, unresponsive.

A Denver coroner listed the cause of death as “undetermined,” saying that at least some of the “blunt force injuries” she had suffered “are likely the result of resuscitative efforts or due to moving the body out of the bathtub.”

That pathologist also suggested that drowning “cannot be completely excluded.

But Denver police kept investigating, and eventually learned that earlier that day another woman contacted Stacy Feldman, telling her she’d had an affair with Bob Feldman, according to court documents.

Later, investigators brought in an outside physician, who examined photographs and the autopsy report and concluded that Stacy Feldman was assaulted and died by either strangulation or suffocation.

Nearly four months later, Feldman faced a preliminary hearing, where prosecutors had to present enough evidence to convince the judge the case should move to trial.

Denver District Judge William Robbins, who has since retired, bound the case over for trial. But he also ruled the prosecution did not meet a legal hurdle known as “proof evident, presumption great.”

In other words, the case wasn’t strong enough to hold him without bail until he went to trial.

In July 2018, Feldman posted a $1 million bond and was released on what’s officially known as “maximum supervision restrictions” – often referred to as house arrest. He was fitted with a GPS ankle monitor and told he could leave home only for essentials – medical and legal appointments, groceries, court dates. Later visits to his synagogue and walks were allowed.

But a 9Wants to Know examination of data posted on a publicly available Strava profile listed as Bob Feldman found that he started riding his bicycle in October 2018.

According to the data, he has been riding, off and on, ever since – getting out on his bike 234 days and covering a little more than 3,000 miles since then.

The Strava profile does show rides to the offices of Feldman’s attorneys, and to grocery stores and synagogues.

But 9Wants to Know also found examples of other rides:

A few weeks later, on Oct. 15, 2020, Denver Pretrial Services – the agency that monitors people like Feldman – went to court, accusing him of “making unapproved stops at various stores, restaurants, shops, etc; going to parks and other locations significantly outside of his immediate neighborhood, and not returning within the allotted amount of time scheduled.”

The filing also noted that Feldman had been told he could no longer take walks.

INTERACTIVE: A timeline of Robert Feldman's activities since he was released

Earlier this month, Denver District Judge Edward Bronfin, who is now handling the case, heard testimony from a pretrial services supervisor and then ordered new restrictions on Feldman.

If Feldman wanted exercise, the judge ruled, he could have “unlimited access to his backyard.”

But a question remains: Why was Feldman allowed to ride his bike all over the Denver area for two years before the people monitoring him did anything about it?

“The goal of supervision is to ensure folks attend their court hearings and are not rearrested,” said Greg Mauro, Denver’s director of Community Corrections, which oversees pretrial services.

Since September 2020, Robert Feldman has ridden his bike on 20 days, according to Strava data. As recently as Thursday, he rode to his lawyer’s office in downtown Denver.

PHOTO GALLERY: Click through the gallery below for screenshots of Feldman’s rides

Feldman has made all his court dates – and he has not been accused of a new crime since his release.

But as for the bike rides, Mauro said he could not discuss Feldman’s case specifically because the criminal case was still ongoing.

“We've always said it's a tool and it's not a perfect tool, and it certainly will most likely not stop someone who has a lethal or fatal plan to harm someone, right?” Mauro said. “That device isn't going to stop that. What it can do is serve as a deterrent. It can help us restrict movements and really monitor people in an effective way.”

Jaime Cowan, a former prosecutor and now a defense attorney in Denver, said she understands the angst of people close to Stacy Feldman.

“It's a shock to see that person out in the world,” she said. “And so what you want to see, especially when you get that max level of supervision is court, medical appointments, and going to the grocery store, because those are necessaries. Everything else seems like fun.”

When pretrial services took Feldman back to court, there was no request to revoke his bond and put him back in jail – and Cowan raised the issues of race and privilege as possible factors.

“What are his finances? What is his race?” she asked. “And that does have the ripple effect of, well, he gets treated differently because of those factors and if it were me and I had less money or was black or brown or whatnot and I was thwarting the system like this, they would put me back in jail immediately.”

Whatever the issues, Jan Goldenberg continues to reel from the loss of her friend.

“I have said many times I feel sorry for those who never had a chance to know Stacy because she was a bright star,” she said. “We were very fortunate – there was no doubt.”

PLAYLIST: All of 9NEWS' coverage of the Robert Feldman case