The first death reviewed will be that of a 12-year-old who died after running away from Tennyson Center for Children. 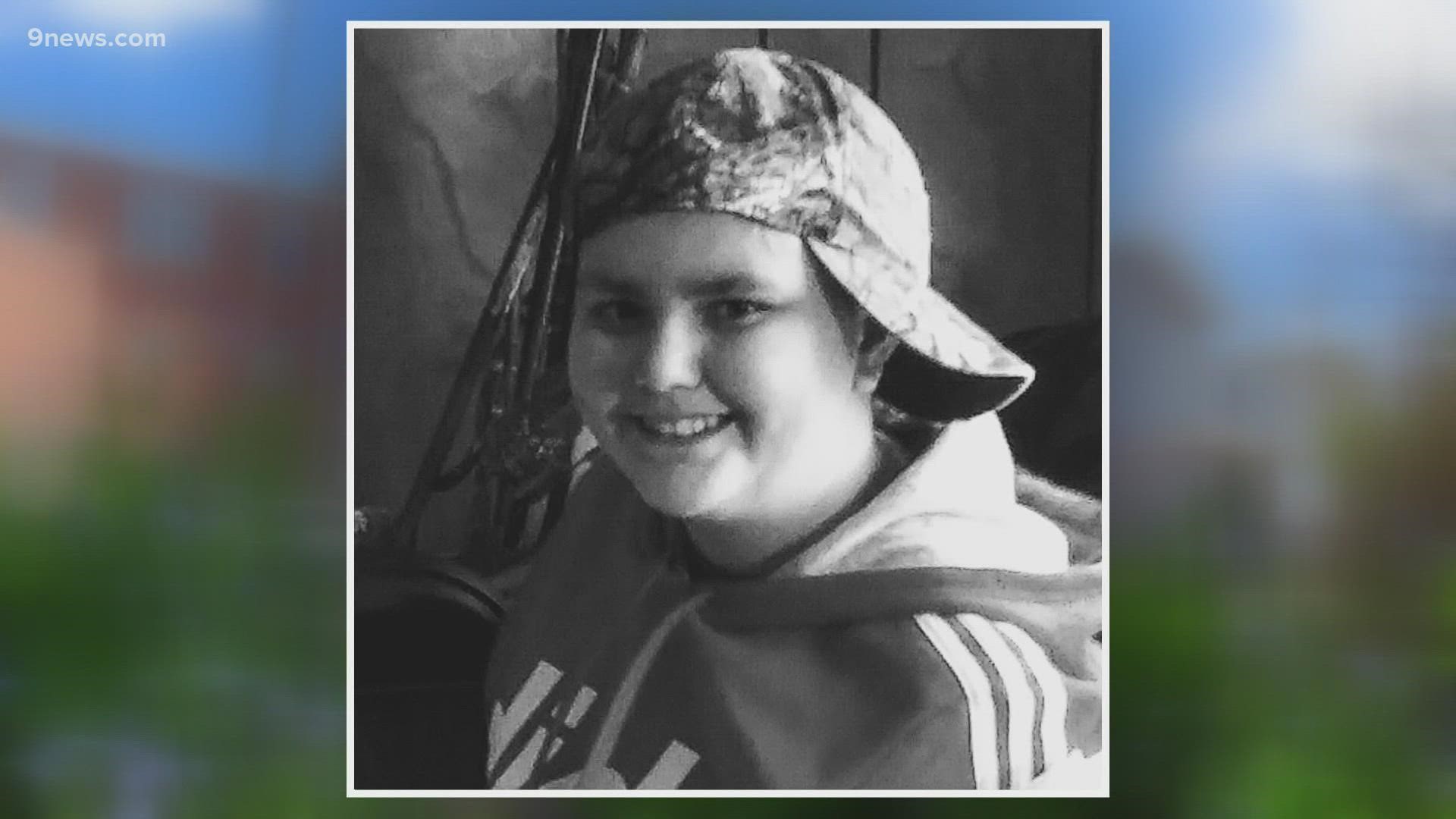 DENVER — The death of a 12-year-old boy who was struck by a vehicle after he ran away from a youth treatment center will be the first child fatality reviewed under a new system announced Thursday by the state’s child protection ombudsman.

Ombudsman Stephanie Villafuerte said she intends to fill the gap left by other child fatality review systems in the state that do not result in publicly accessible reports that could help save children’s lives. The announcement comes after legislation passed this year that gave the ombudsman authority to access medical, behavioral health and law enforcement records.

About 40% of child deaths in Colorado do not get a review that results in public recommendations or information, according to an analysis by Villafuerte’s office. The death of Timothy Montoya-Kloepfel, who ran away from Tennyson Center for Children last year and was struck by a vehicle on a dark street, was never reviewed by a state child welfare division fatality review team because it did not meet the criteria.

>Video above is from previous reporting in the series "Running out of Options."

Credit: Provided by Elizabeth Montoya
Timothy Montoya-Kloepfel died after he was hit by a car after running away from Tennyson Center for Children. He was 12 when he died in June 2020.

In order to review a child’s death, the child must have died from abuse or neglect and had contact in the last three years with the child protection system. In Timothy’s case, child welfare caseworkers determined that he did not die of abuse or neglect.

Yet the tragedy left Timothy’s mother, as well as the ombudsman and the media, questioning what could have been done to prevent the boy from running away and wandering Denver streets alone in the dark last summer.

Timothy had struggled with mental health issues for a few years and had spent time in multiple behavioral health and youth residential centers.

“Over two years, he cycled in and out of so many of our behavioral health systems,” Villafuerte said. “But because his death did not qualify for review, those are lessons that will never be learned by the public or by the behavioral health centers who provided him services.

“Our citizens deserve better. Our kids certainly deserve better than that. They are the only ones who can tell us about the effectiveness of those systems.”

The ombudsman’s office plans to use medical and mental health records, child welfare documents, law enforcement reports and interviews with family members and others to piece together why children died. The reports, redacted to protect children’s names, will be made public and the office will make recommendations for change to the state legislature.

“When a child dies in one of our child protective systems, it really is the biggest tragedy that we have in our community,” Villafuerte said. “We all want to take action. And yet the actions taken to date aren’t reducing the number of child fatalities we continue to see in our state.”

Credit: 9NEWS
Stephanie Villafuerte, Colorado’s child protection ombudsman, speaks to The Colorado Sun and 9News outside her office on May 5, 2020.

Child deaths from abuse and neglect in Colorado have not dropped in the past decade, even as two government agencies are responsible for reviewing those deaths.

The two agencies do not even agree on how many kids have died from abuse and neglect.

From 2014-20, somewhere between 206 and 273 children died from abuse or neglect in Colorado, according to an issue brief the ombudsman’s office released Thursday.

The Colorado Department of Human Services’ child fatality review team looks at only deaths that were deemed by caseworkers as caused by abuse or neglect and only when the child had previous contact with the child welfare system. That means about 40% of deaths are not reviewed.

A team at the Colorado Department of Public Health and Environment reviews all child deaths from abuse and neglect, vehicle crashes, violence and suicide, then releases data in aggregate form. The agency has used the data to develop broad policy recommendations regarding safe sleep practices for babies and expanding access to child care.

In the past year, the ombudsman office received requests from the public to look into seven deaths of children from abuse. Of those, only two were investigated by the child welfare fatality review team and will result in publicly accessible documents.

The ombudsman’s office, which is independent from other state agencies, responds to public complaints about child deaths and county and state child welfare divisions. Under the new review program, the office will investigate all child deaths if it receives a public request.

SUGGESTED VIDEOS: Running out of Options