Cherry Creek Nursing Center, Juniper Village and the Centennial Healthcare Center all have clusters of deadly COVID-19 cases. 9Wants to Know dug into their history. 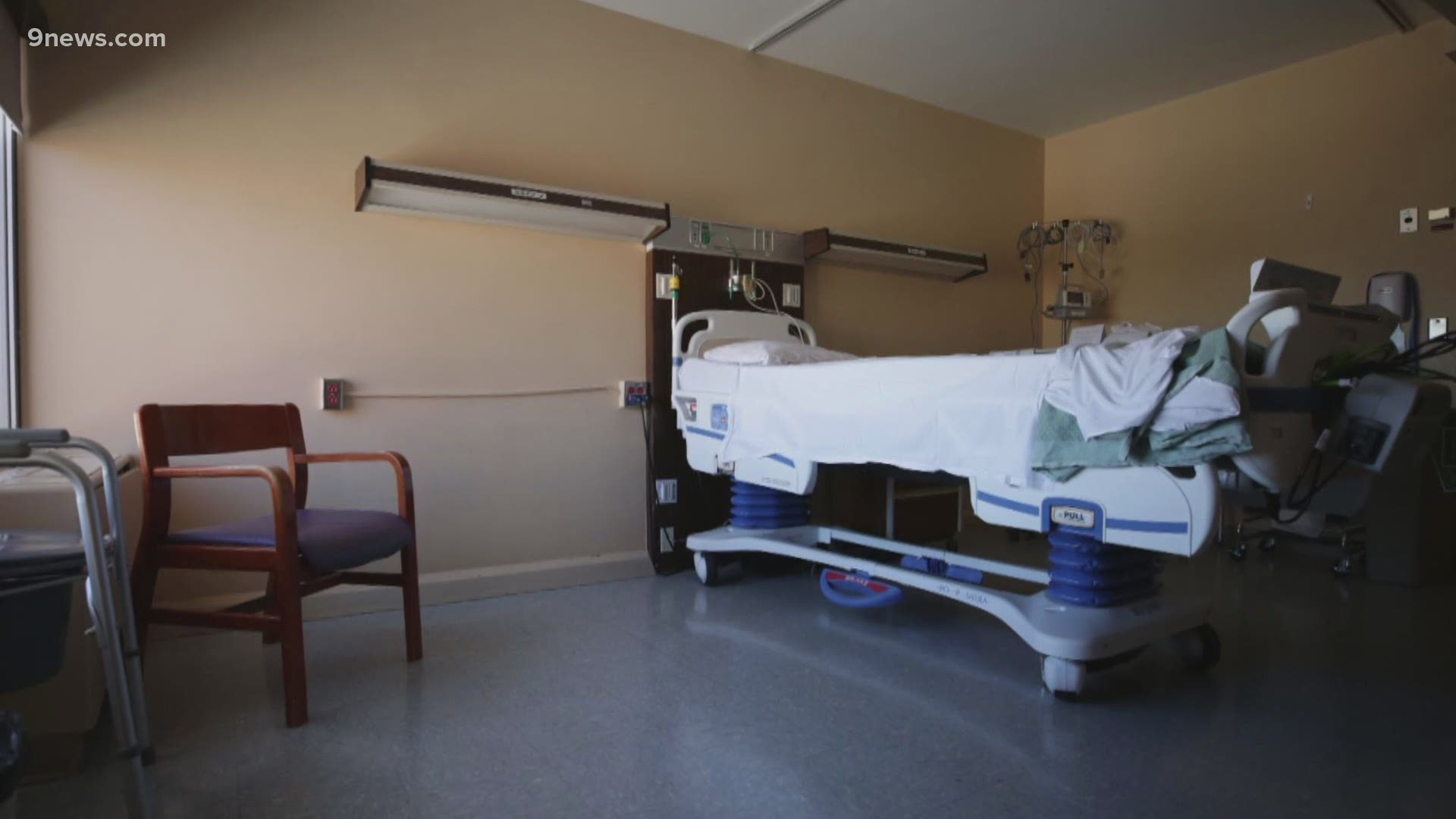 Two nursing homes with significant COVID-19 outbreaks have a history with the state for not doing enough to stop the spread of disease before the pandemic struck, and a third is being investigated by the state for similar conditions.

At least 33 people have died after being diagnosed with COVID-19 and at least 81 confirmed cases have been reported at these three nursing homes and assisted care facilities in Colorado. 9Wants to Know decided to take a closer look at these facilities after the state identified them as hot spots.

The Cherry Creek Nursing Center has a history of infection control issues, later certified as fixed by the state, as recently as September 2019. The Colorado Department of Public Health and Environment (CDPHE) said in a citation that inspectors found inadequate hand-washing and dirty facilities.

A CDPHE citation showed that Centennial Healthcare Center in Greeley was disciplined for improper hand-washing while providing wound care for two residents in February of this year, prior to the COVID-19 outbreak.

Juniper Village at Aurora does not have a history of similar citations. However, the CDPHE began an investigation into the facility’s “infection prevention practices” after receiving a formal complaint on April 2. The inquiry is ongoing.

RELATED: At least 47 dead from COVID-19 at nursing homes across Colorado

As of April 5, there have been 47 confirmed deaths at all nursing homes and assisted care facilities in the state. Gov. Jared Polis (D-Colo) said the toll of the virus could have been much higher if the state did not act when it did. New numbers on nursing homes and assisted care facilities are expected to be released on Wednesday.

“We just passed 300 deaths in Colorado – if we had failed to act early with regard to nursing homes and senior care facilities, that number could be in the thousand in that one area alone,” Polis said.

CDPHE guidance sent to all long term care facilities on March 14 and updated April 9 described the facilities as ripe for the potential of an outbreak because residents are often older with underlying health conditions. This puts them at “especially high risk” for getting the virus and serious side effects if they are diagnosed with COVID-19. Health care workers that treat residents are likely to contract the disease. Close living conditions means it’s easier for the virus to spread.

“We know that the populations in these facilities are among the most vulnerable and are at highest risk of severe illness from this virus,” Rachel Herlihy, epidemiologist for CDPHE, said in a news release Saturday about the investigation into Juniper Village. “We continue to be aggressive in our recommendations to ensure the appropriate infection prevention measures are in place to slow and limit the spread of COVID-19 in these facilities.”

Doug Farmer is the president of the Colorado Health Care Association, which represents nursing homes and assisted living facilities. He said they saw this coming.

"And so I think it's not surprising to see that in areas where you have larger concentrations of people that are older than 80 years and also have a multitude of underlying health conditions, that there's a disproportionate number of deaths," Farmer said.

Polis has given conflicting visions for how to deal with outbreaks at these types of residential facilities. At a news conference on April 3, he said isolation, not testing, would be the key to stopping the spread of the virus.

His advice has changed as the situation in nursing homes across the state develops.

“We absolutely support scaling up testing at our nursing home facilities and that includes for workers and people who are symptomatic,” Polis said at an April 13 news conference.

“Obviously this is a tragic time for our country and the world,” Joe Gimenez, spokesperson for Cherry Creek Nursing Center, said in an email on April 10. “We wish to express our most heartfelt condolences to all those who have lost loved ones. We also cannot adequately express our admiration for those on the front lines of care.”

Gimenez declined to update the number of coronavirus cases or deaths on Monday. The facility has a “below-average” rating compared to its peers with a two out of five-star rating. The most recent citation was in September 2019.

Cherry Creek Nursing Center “failed to establish and maintain” a “safe, sanitary environment” to prevent the spread of diseases and infections, according to the September 2019 CDPHE citation.

A nurse at that time did not wash her hands properly while caring for a resident with tracheotomy problems and in between changing gloves. The citation said shower rooms, wheelchairs and oxygen rooms also weren’t clean.

There was a “strong urine smell” to a resident’s electric wheelchair and she said “no one had cleaned her chair recently” the citation says.

In response to these findings, nurses were taught how to wash their hands. The dirty areas of the facility that were cleaned and a schedule was established. The state signed off that these changes were made when they returned in December 2019, according to a CDPHE inspection document a few months later.

A portion of a report on the Medicare/Medicaid website about the facility said the problem would cause “minimal harm” to “many” residents.

The facility was again cited by CDPHE in February 2019 for failing to clean “effectively,” especially in bathrooms. In the citation, the resident said housekeeping does “not scrub, they just move a mop across the floor spreading the dirt.”

To fix it, the staff underwent deep cleaning training, rooms required inspections and residents were interviewed as part of an ongoing audit. The state accepted this plan and did not find further issues on a follow-up visit in April 2019.

“You are mentioning 2019 reports that were rectified with approval of state authorities well before COVID-19 was even recognized as a disease,” Gimenez said Monday. He added the fixes were in place before the current outbreak.

“The staff will continue their tireless work within the Center on behalf of the residents, even in the face of this pandemic,” Gimenez said.

CDPHE said 71% of Juniper Villages’ 46 residents and 64% of its 25 staff members tested positive for COVID-19.

The ongoing investigation into potential infection control issues is the first time the facility has dealt with that, according to CDPHE records.

Juniper Village did not respond to a request for comment Monday.

At least 17 residents died after testing positive for COVID-19 according to numbers provided by the facility on Monday. Officials are awaiting testing on five others who have died but are not confirmed cases yet. There are at least 32 more confirmed cases and another is in the hospital because of the illness.

Annaliese Impink, spokesperson for Centennial Healthcare Center, said staff members and health care workers are continuing to get temperature screenings to check for fever before they are allowed into the facility. The facility has also temporarily banned visitors, which began March 14.

A February 2020 citation said a nurse did not change gloves often enough while caring for a resident’s heel injury. The facility pledged to further educate staff on best practices for preventing the spread of diseases and that caregivers would be observed once a week for three months to make sure everyone is following the rules. A compliance check has not been published to see whether issues are continuing to occur.

According to the Medicare Nursing Home Compare, a federal nursing home comparison tool run by the government, the facility is listed as “above average” when compared with its peers, with a rating of four out of five stars.

Impink said the problem was not related to COVID-19 and happened before the outbreak at the facility.