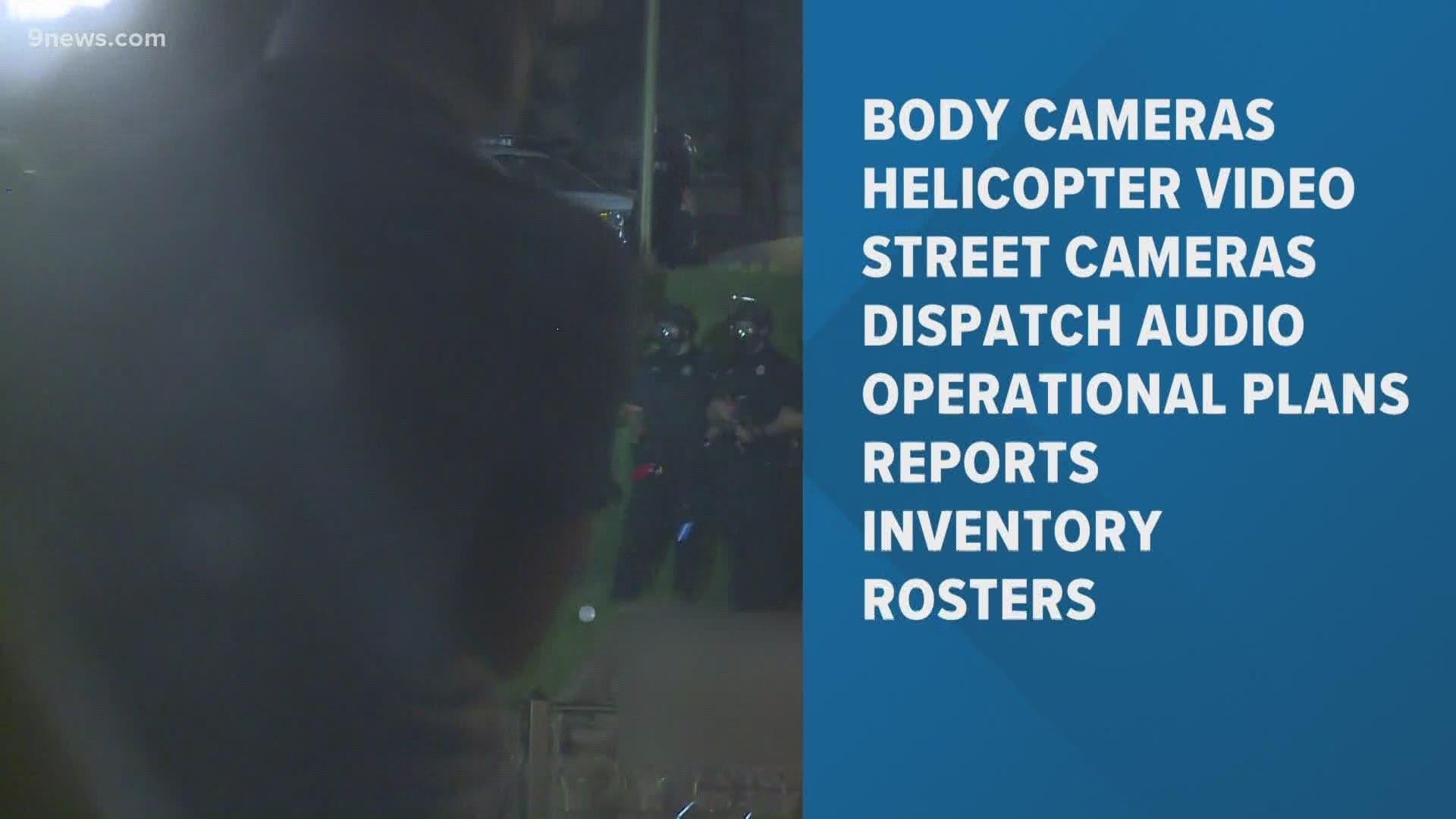 From thousands of hours of body camera footage to dispatch audio, the small agency that oversees Denver police integrity and discipline is facing one of the largest investigations in its history.

9Wants to Know obtained the letter Independent Monitor Nicholas Mitchel sent Denver Police that outlines what his office wants to review amid allegations of excessive force.

The Office of the Independent Monitor (OIM) letter requests extensive amounts of video from body-worn cameras, street cameras and dispatch audio. Not only will investigators have to review thousands of hours of video, they will have to pour over thousands of pages of documents, including operational reports, all arrest records and corresponding court documents and rosters of police who worked the protests, including officers from outside agencies.

You can see the entire letter below that outlines OIM’s first request from Denver Police.

A spokesperson for Denver Police said it has already started to provide OIM with documents.

“The Denver Police Department remains in communication with the Office of the Independent Monitor with regard to this review and has already provided some of the requested materials. DPD will continue providing additional information, reports and data in as timely a manner as possible given that the department is continuing to gather information from multiple sources, including other law enforcement agencies,” a spokesperson wrote over email.

It’s unknown when OIM will be able to complete its investigation.