Greg Goodenough has posted statements online claiming he and his friend were on their way to the airport when they encountered protesters on I-225. 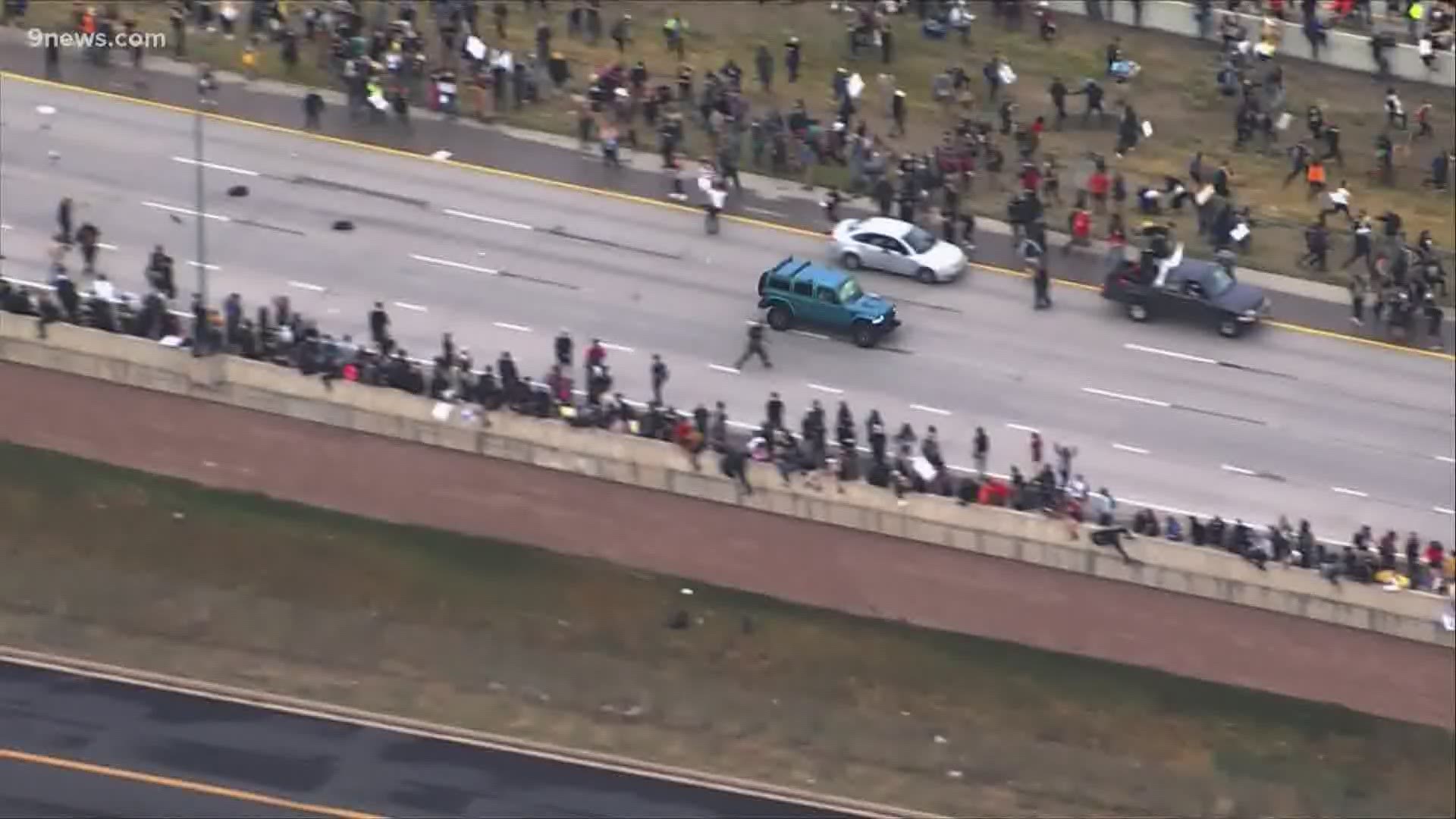 AURORA, Colo. — In a YouTube and Facebook video statement, Greg Goodenough said protesters started throwing “projectiles at the Jeep” and began surrounding the vehicle before they drove through a crowd on Interstate 225.

“Hi, my name is Greg and I am the only eyewitness during the entirety of events that occurred….” Goodenough said at the beginning of his video statement.

A man identified as Samuel Young has been arrested for firing his gun as the driver drove the Jeep through the crowd. Two protesters were shot and survived.

Goodenough said “there was no police barricade that stopped us” as he and his friend left Top Golf to head on I-225 to the airport. Gooenough said they immediately encountered protesters on the on-ramp as they began to get on the freeway.

“These protesters then immediately started throwing projectiles at the Jeep as well as trying to get in front of the vehicle with bats to damage the vehicle,” Goodenough said.

People claiming to be at the scene immediately disputed Goodenough’s claims and called him a liar.

Goodenough posted on Instagram implying police are about to file a case against his friend.

“Now they're trying to charge my best friend who was driving with attempted murder,” he wrote.

Aurora Police have not filed a case against the driver of the Jeep but have acknowledged they are investigating the incident.