Chevy McGee of Fort Collins confirmed to 9NEWS guns belonging to him and a friend were seized by Denver Police on Friday. He claims he didn't break any laws. 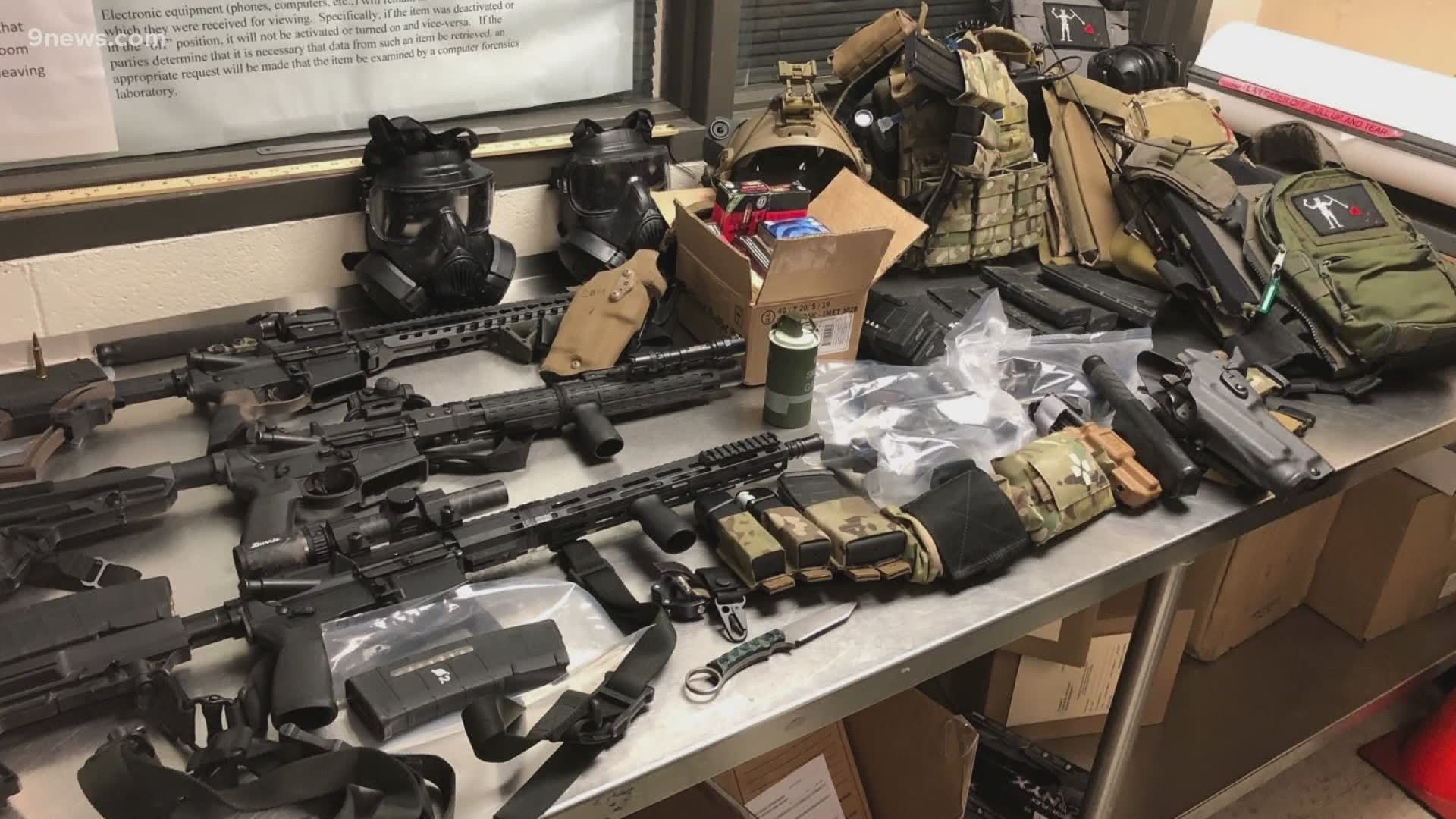 A Colorado man who identifies with an anti-government group preparing for a civil war said police “stole” several of his guns when he went to Friday’s protest in Denver in response to the in-custody death of George Floyd.

Chevy McGee, 20, acknowledged over text messages the guns shared in a picture provided by Denver Police belong to him and a friend.

McGee identifies with the “Boogaloo” movement, which aims to prepare for a civil and race war.

McGee and his friend were not charged or cited and a spokesperson for the Denver Police Department (DPD) would not explain why or how police seized the firearms during Friday’s protest. Police would also not explain why they did not charge the men after seizing the guns.

“We were stopping by the protest to see what was going on and provided medical and water to people,” McGee said over text messages.

McGee said the guns and tactical gear were in the trunk of his vehicle while he was out at the protest.

“... we are avid shooters so we always keep our guns in the trunk as we often go shooting,” McGee added over text.

Earlier in May, 9Wants to Know aired a story featuring a live-stream video created by McGee when he reacted to the arrest of Bradley Bunn.

Bunn is currently under Federal custody for possessing pipe bombs.