Colorado shuts down youth center in Watkins after allegations of drugs, fights and improper restraints of kids

State officials showed up unannounced Thursday to remove children from Ridge View Youth Services Center. Several tried to run away and one is still missing. 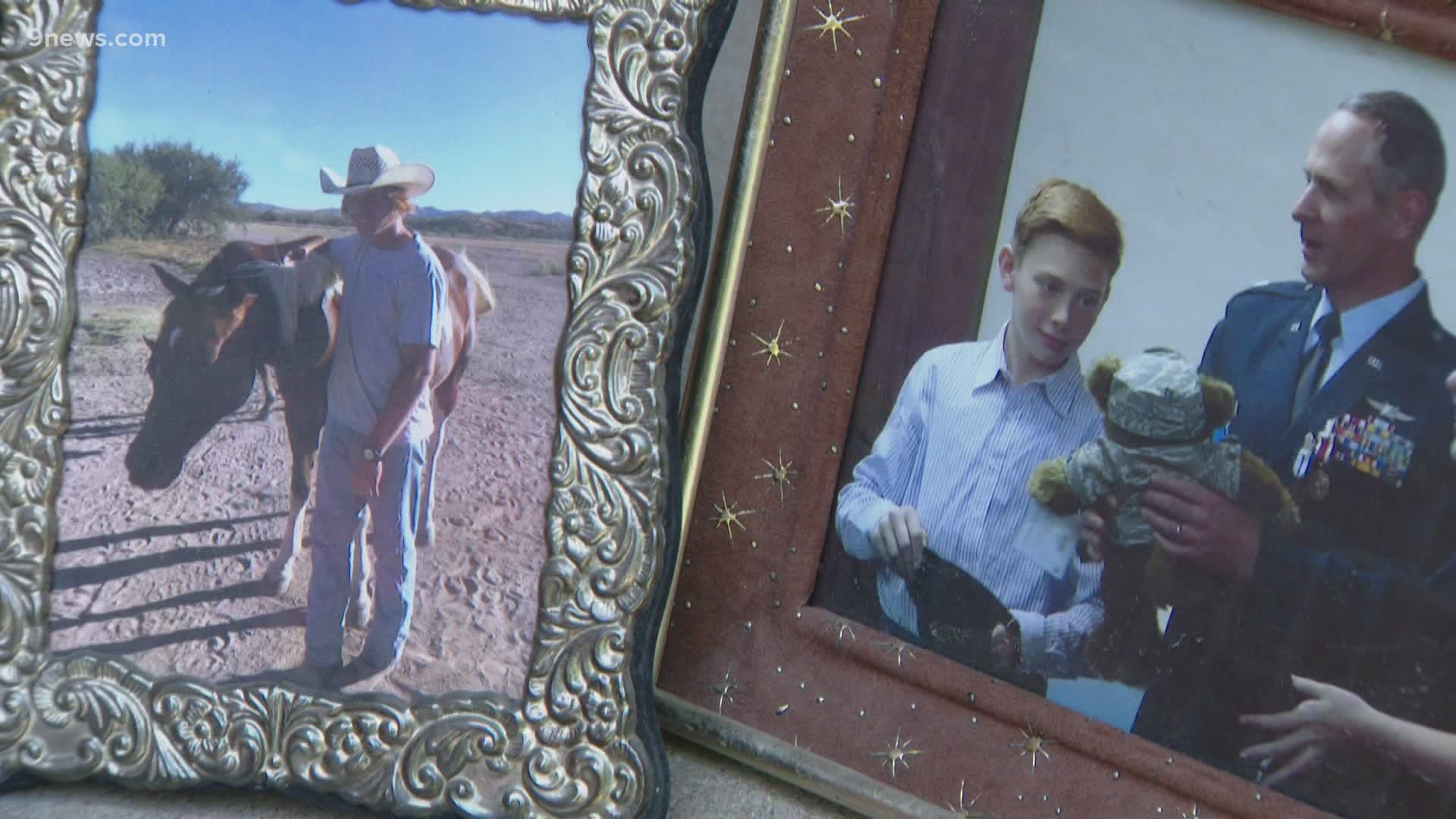 WATKINS, Colo. — State officials move to shut down a residential treatment center for troubled kids and teens Thursday, arriving on campus after a high school graduation ceremony and moving children to other foster care placements.

Ridge View Youth Services Center, where kids attend an on-campus charter school and receive intense treatment for behavioral health, was informed that its contract with the Colorado Department of Human Services will end July 1.

The center was caring for fewer than 50 boys, although it was licensed to house up to 500.

Records obtained by The Colorado Sun through public information laws show that Ridge View had been under intense scrutiny by the state licensing division since at least 2018. In 2019, state regulators identified 83 potential licensing violations, including that illicit drugs, such as LSD, spice and Xanax, were smuggled into the facility.

Many of the complaints involved runaways, lax supervision, fights between youth and inappropriate use of restraints, or physical altercations between staff and kids.

Editor’s note: This is an update to a joint Colorado Sun/9NEWS series examining residential treatment centers where Colorado houses foster youth and kids with severe behavioral issues. See more from The Colorado Sun by signing up for The Sunriser newsletter.

> The video above is from a previous 9NEWS story in the "Running Out of Options" series where staff at residential care facilities shared their experiences.

One child was able to access medications kept on campus and staff reported losing 10 Oxycodone pills, according to the documents. In another case, a female staff member reportedly had an inappropriate relationship with a male youth living at Ridge View. The employee was seen talking to the student with his shirt off and “coming in outside of scheduled hours and making an attempt to spend time with him.”

Ridge View’s license was put on probationary status for six months in 2018, and state officials in 2019 said they would not revoke the center’s license.

Later that year, in response to new complaints of abuse and neglect, the state again put Ridge View on notice of potential licensing violations. And then in April 2020, state officials again said they would not take action.

Then, center officials say, state regulators showed up on campus and took some of the children living at Ridge View to other facilities. Several kids were still on the campus south of Watkins on Friday.

In an emailed statement, the state human services department said it would not renew Ridge View’s contract because of “repeated licensing violations.”

The state said it was placing 24 young people at the center in secure youth corrections facilities. The other 19 youth will get new foster placements through county child welfare agencies, said Mark Techmeyer, the state department spokesman.

Center staff described a chaotic scene when state officials came to remove youth and take them to a locked youth corrections center.

The father of one boy said his son ran away instead of getting on a bus headed for a youth corrections facility. Kevin Lash said he and Ridge View’s director searched for his 17-year-old son Thursday night, but he was still missing Friday morning.

The boy, who was adopted by Lash when he was 1, has been in 13 facilities over the last few years to deal with aggression and other behavioral problems. At Ridge View, he was thriving — getting good grades, playing on the basketball team and learning to cut hair, Lash said.

“This is outrageous,” he said of the way his son’s life was disrupted, again. “He’s not a criminal and he shouldn’t be treated like one.”

Ridge View, which takes some of the most difficult youth, was good for his son, Lash said, because staff there could manage his violent outbursts. His son occasionally had bruises from being restrained by staff, but to Lash, that was better than having him beat up another child and “regret it 10 minutes later.”

“This is the best there was for him,” he said, getting choked up in an interview with The Sun on Friday morning. “It’s just devastating to my family. Maybe people don’t give a damn about my son and think he’s a criminal. But this is the only son I’ve got.”

His son has criminal charges related to assaults that occurred inside facilities, and had recently come to Ridge View after spending time in the locked Mont View youth corrections facility in Lakewood, Lash said.

Jerry Adamek, a board member for the youth center, said the state arrived “without notice or warning to families, therapists, client managers or Ridge View staff.” Students were in the middle of class and therapy sessions.

“We are shocked and disappointed in the state’s decision and actions,” he said. “Our license is in good standing.”

State officials had asked the center to take additional kids during the coronavirus pandemic and had “placed new youth in our care” until the state ordered the closure Thursday, Adamek said in an email.

The center will appeal, he said.

Ridge View is operated by a state contractor, Rite of Passage, which is paid by the state Division of Youth Services. About half the youth at Ridge View, which is not a locked facility, have been in youth corrections. The other half are in the child welfare system.

Becky Miller Updike, director of the Colorado Association of Family and Children’s Agencies, which represents residential centers, said Ridge View takes in some of Colorado’s highest-needs kids. She said the facility’s closure is another sign of state officials failing to work with residential centers caring for youth with intense behavioral issues.

“It feels to a lot of our providers that we are highly scrutinized, but the level of assistance is sparing,” she said. “Colorado is at a crisis for care for our highest-needs kids. We continue to hope for a productive partnership with the state so we can provide safe care.”

But Minna Castillo Cohen, head of the state Office of Children, Youth and Families, said state licensing officials have been working with the youth center since 2018 after repeated allegations of child abuse and neglect. Rite of Passage, which contracts with the state to provide beds to boys transitioning from youth corrections, was told by the state last month that state regulators were moving forward with plans to revoke its license to operate Ridge View.

Then Arapahoe County child protection officials notified state officials June 4 about a substantiated finding of child abuse at Ridge View involving an inappropriate relationship between a staff member and a boy at the center. The staff member no longer works there.

The decision to revoke the license for Rite of Passage to operate the center was a tough one, especially because Colorado is short on youth treatment beds, Castillo Cohen said. “But if they are not safe in those beds, I need to find a different place,” she said.

The campus is owned by the state, which has contracted with Rite of Passage for about 20 years to provide treatment to youth leaving corrections centers. Ridge View also housed youth in the foster care system that were placed by county child protection services.

The state notified counties Thursday that they have until the end of the month to find new placements for those children.

Colorado has lost about 1,000 beds in youth residential centers in the past several years. Tennyson Center for Children in northwest Denver closed its residential program this year while entangled with the state over licensing violations.

Last month, The Sun and 9News published an investigative series examining the problem of runaways and lax oversight at youth residential centers. Two boys ran away from different centers and were struck by cars and killed.

MORE FROM THE INVESTIGATION: Running Out of Options