Robert Feldman is out on bond and slated to stand trial in October 2021 on first-degree murder charges for the death of Stacy Feldman. 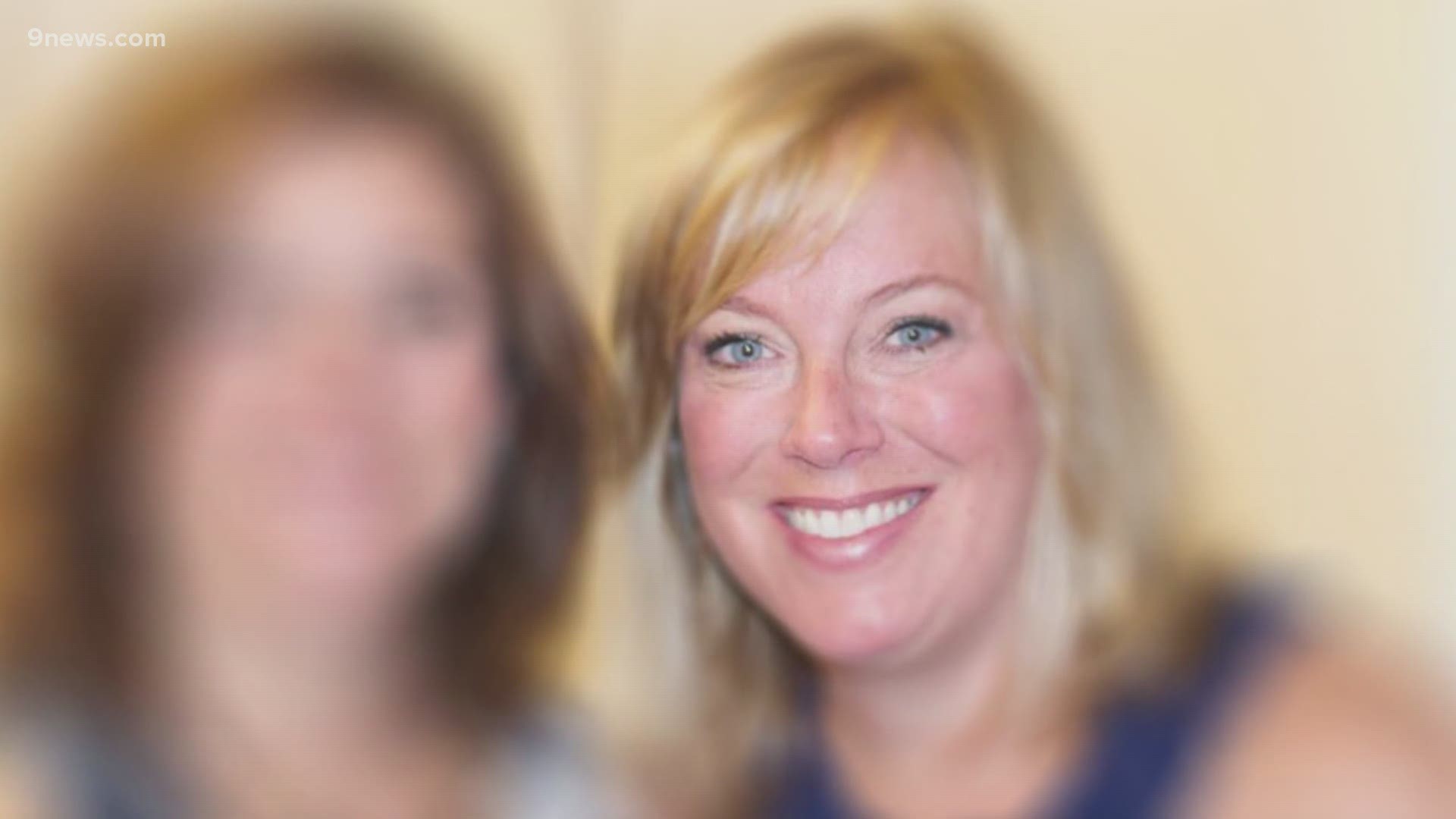 DENVER — It has been a little more than six years since Stacy Feldman was found unresponsive in a bathtub at the home she shared with her husband and children in southeast Denver.

The prominent Denver woman's husband wasn't charged with her murder until three years later. Due to COVID-19 and its strain on the legal system, he has not yet faced a jury.

While Robert Feldman has been out on a $1 million bond, 9Wants to Know has learned that he has regularly gone on bike rides throughout metro Denver, despite being on house arrest with limits on what he can do.

DOCUMENT: Read the complaint against Robert Feldman's activities while out on bond

That investigation will air on Thursday night on 9NEWS at 9 and 10 p.m. Here’s a look at the murder case against Robert Feldman so far.

What happened to Stacy Feldman?

Just hours before she was found unresponsive, Stacy Feldman had been told that her husband had an affair after meeting someone on a dating website, according to court documents obtained by 9Wants to Know.

Stacy Feldman’s 2015 death was originally classified as “undetermined” – but an outside expert brought in by Denver police and prosecutors concluded she’d been strangled or suffocated.

That doctor found injuries to her upper extremities “consistent with knee pressure being applied from a straddled assailant.”

Stacy Feldman, a mother of two, had been president of the parent-teacher organization at Southmoor Elementary School in Denver.

The first sign of trouble came mid-afternoon on March 1, 2015, when Robert Feldman called 911 to report he’d returned home to find his wife collapsed in the shower with the water running. A doctor at Denver Health Medical Center pronounced her dead just before 4 p.m. that day.

The affidavit obtained by 9NEWS lays out the nearly three-year investigation of Stacy Feldman’s death, detailing a number of contradictions and unexplained questions.

According to Denver Police Det. Randal Denison, who wrote the affidavit, Feldman allegedly interfered with paramedics and appeared to a Denver police detective “to be acting as if (in) shock or confused.” At one point, Denison wrote, Robert Feldman walked away “as if he was confused, giving your affiant the impression he was over acting in an effort to avoid speaking with him.”

Firefighters at the scene that day later described Robert Feldman as “over dramatic” and “purposely not cooperative,” according to the affidavit.

According to the affidavit, Feldman told a police officer he’d left home that morning around 8:30 a.m. to take the couple’s children to a carnival at the family’s synagogue and returned around 3 p.m. That’s when he said he found his wife unresponsive in the shower with the water running.

Robert Feldman told police he was unable to see if his wife was face up or face down in the tub but that he pulled her from the shower, called for help and tried to perform cardiopulmonary resuscitation while waiting for paramedics to arrive, according to the affidavit.

He also told police that his wife had consumed edible marijuana the previous night then had gone to a party, where she drank alcohol. After returning home, he said she had more edible marijuana, according to the affidavit.

At the autopsy the next day, a forensic pathologist could not find any internal injuries that would explain how the woman died and that further testing would be needed.

In the meantime, Det. Denison spoke with Stacy Feldman’s sister, who said that Robert Feldman told her his wife’s death had been ruled an accident, that she had slipped on conditioner in the shower and drowned. That same conversation, however, yielded contradictions to some of Robert Feldman’s statements to police, according to the affidavit. For instance, Stacy Feldman’s sister said she’d gotten a call from the synagogue because no one had come to pick their children up. She also said Robert Feldman told family members that he had gone home at noon to walk the family’s dog.

Then – a little more than three weeks after Stacy Feldman’s death – the detective received an anonymous letter. The letter writer claimed that Stacy Feldman had texted a friend about meeting at the synagogue at noon the day she died and that someone at the synagogue had made phone calls attempting to locate someone to pick up the couple’s children, according to the affidavit.

Detectives ultimately confirmed both of those assertions – a friend later told detectives Stacy Feldman was supposed to meet her at synagogue that day but didn’t show, and people at the family’s synagogue had left multiple messages that day in an effort to get someone to pick up the couple’s children.

On May 4, 2015, Dr. Kelly Kobylanski, who performed the autopsy, completed her work and classified Stacy Feldman’s death as “undetermined.” Dr. Kobylanski found both underlying medical conditions – like cardiovascular disease – and multiple injuries – hemorrhages and abrasions. But Dr. Koylanski concluded that the injuries could have been the result of efforts to resuscitate Stacy Feldman and that drowning “cannot be completely excluded.”

Blood tests found multiple prescription drugs in her system – but no THC, the active ingredient in marijuana. If Stacy Feldman had consumed edibles the day before her death, it would have been expected to be in her system, according to the affidavit.

That same month, according to the affidavit, Robert Feldman told a detective that he’d last talked to his wife around 8:30 a.m. the day she died, that she was tired and was asleep when he took the couple’s children to the synagogue. He said in that interview that he left the synagogue between 9:30 a.m. and 10 a.m., got home around noon, changed clothes in a laundry room, called out his wife and didn’t get a response, and cleaned the garage before going to a park to work out.

Four months after Stacy Feldman’s death, a woman called Crime Stoppers and said she’d met a man she identified as Robert Feldman on a dating website, that they’d had dinner at her home Feb. 26, 2015, and that they’d had sex that night, according to the affidavit. He told her he was divorced, but after she sensed he was “blowing her off” she determined that he was married and located an e-mail address for Stacy Feldman, Det. Denison wrote in the affidavit. That woman told detectives she sent an e-mail to Stacy Feldman on March 1, 2015. After confirming the couple was still married, the woman sent Stacy Feldman copies of e-mails she had exchanged with Robert Feldman, according to the affidavit.

The affidavit also said Stacy Feldman called the woman that morning, “told her Robert cheated on her before and she was ‘done with him.’”

Despite ongoing investigation through 2016, it wasn’t until late 2017 that that outside expert – whose name was redacted in the affidavit – reviewed the autopsy report, toxicology tests and photographs and concluded that Stacy Feldman was murdered.

That sparked the arrest of Robert Feldman.

What has happened since Robert Feldman's arrest?

Robert Feldman posted bail in July 2018, and since then, has been monitored by the court.

9Wants to Know has found that he has apparently maintained profiles on various social media and dating apps, and identified at least five women he allegedly pursued relationships within the years after his wife’s death – at least two after he was arrested, charged with first-degree murder and freed on $1 million bail to await trial.

One of those women alleged that Robert Feldman sexually assaulted her on a date, and the other said she had no idea he had been accused of killing his wife.

During the summer of 2020, Robert Feldman was also accused of offering his home's pool up for rent. People in Denver can't rent private pools for commercial use, and could face a $150 fine for each day they violate this rule.

Robert Feldman is now scheduled to stand trial in October following multiple delays. He has pleaded not guilty to first-degree murder.

The trial is scheduled to run for three weeks.