Affidavit: Gunman knelt on neck of Black college football player, jammed pistol into his back

A Loveland resident told police he suspected the men were "antifa guys." In reality, they were door-to-door roofing salesmen who ended up fearing for their lives. 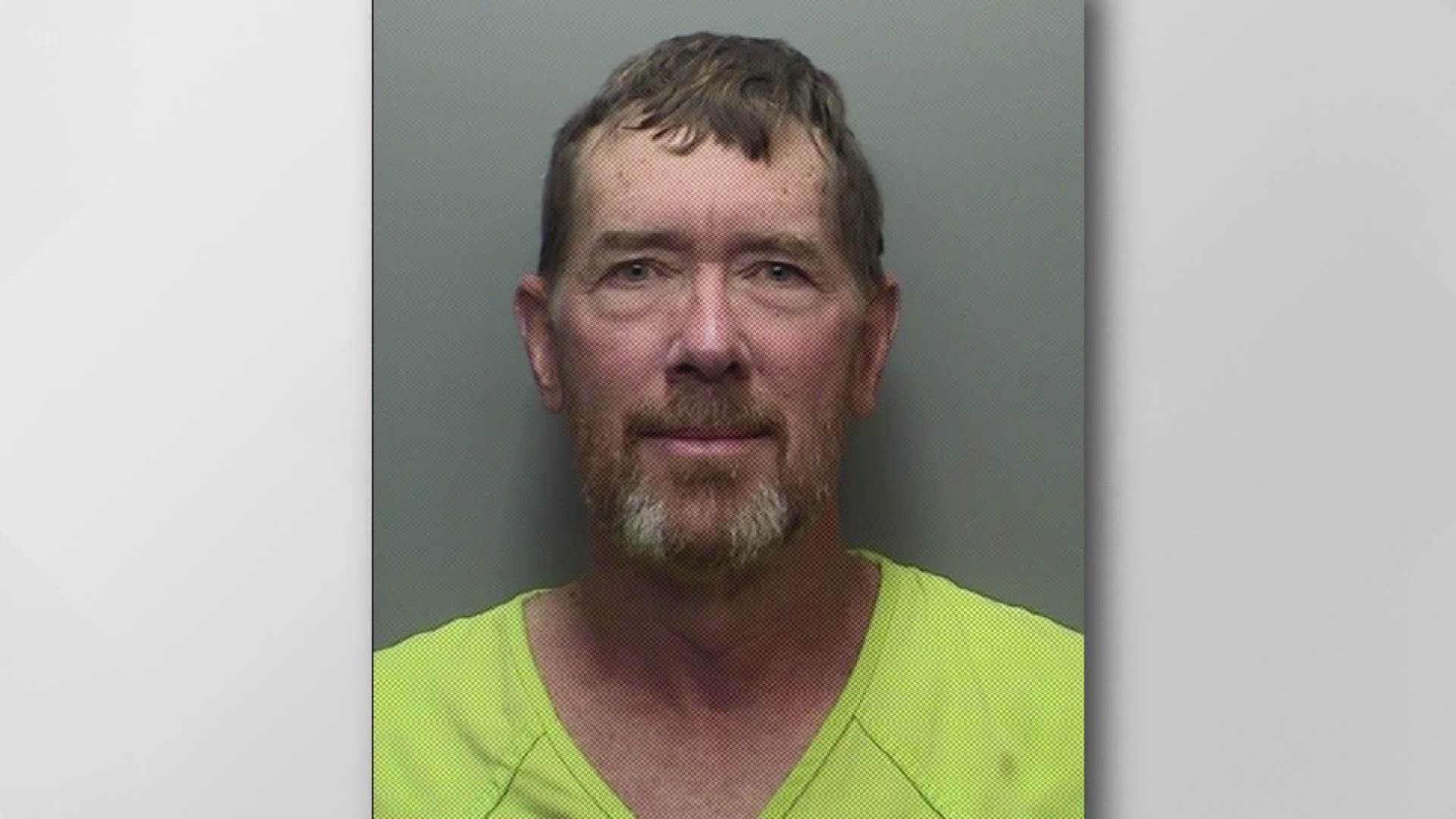 LOVELAND, Colo. — A Colorado State University football player who is African-American pleaded for his life after being accosted on a quiet Loveland street by a man who ordered him and a co-worker to the ground, knelt on his neck and jammed a pistol into his back, according to court documents obtained Monday by 9Wants to Know.

At one point, the student-athlete asked the man who was wearing a tactical vest not to kill him.

The man "told him he was not going to kill him, the police would," according to the arrest affidavit for Scott Gudmundsen, 65, who faces two counts of felony menacing and two counts of false imprisonment after the incident last Thursday evening in the 2400 block of Dawn Court.

The affidavit sheds new light on the events that left two roofing salesmen rattled and Gudmundsen under arrest.

He is now being treated at an in-patient mental-health center, his son told 9Wants to Know on Monday.

The family also removed all of the man’s guns from the home, the son said.

The CSU student and his co-worker had been going door-to-door for a roofing company where they both worked. They wore matching polo shirts with the company's name on them, shorts, tennis shoes, white surgical-style masks and carried clipboards and pamphlets. They are not being identified by 9NEWS because they are victims of a crime and have not spoken publicly about the incident.

The incident started a little before 6 p.m. Thursday, according to the affidavit, when Gudmundsen called police, said there were members of antifa in his neighborhood who were wearing masks "and he was going to confront them." Gudmundsen reported he was a former police officer and was armed and wearing tactical gear.

After officers arrived, they quickly surmised that the roofing salesman had done nothing wrong and arrested Gudmundsen.

Then on Thursday, they were in another part of the neighborhood when Gudmundsen allegedly approached, called them terrorists and ordered them to the ground. Both men complied, according to the affidavit.

One of the men told police "he did not want to die so he just laid there and tried not to move," according to the affidavit.

At that point, Gudmundsen knelt on the other man's neck and jammed a gun into his back, according to the affidavit.

Gudmundsen was released after posting bail, and his family arranged for him to be treated for a mental health illness that he has been struggling with for a decade, Stanley Gudmundsen said.

“Just the family – we want to clarify: It was not racially motivated in any way,” he said of his father’s actions. “He is mentally ill.”

Scott Gudmundsen was armed with two weapons, Loveland Police Lt. Bob Shaffer said: a Glock pistol, and a second Glock pistol that had been converted into a longer weapon that looked like a carbine rifle.

On Monday, Stanley Gudmundsen reiterated that his family feels terrible about what happened and said that he hopes the CSU player in particular “does not think he was targeted for the color of his skin.”

Scott Gudmundsen is scheduled to be in court Thursday, but his son said he is not sure he will be there, given the treatment he is undergoing.