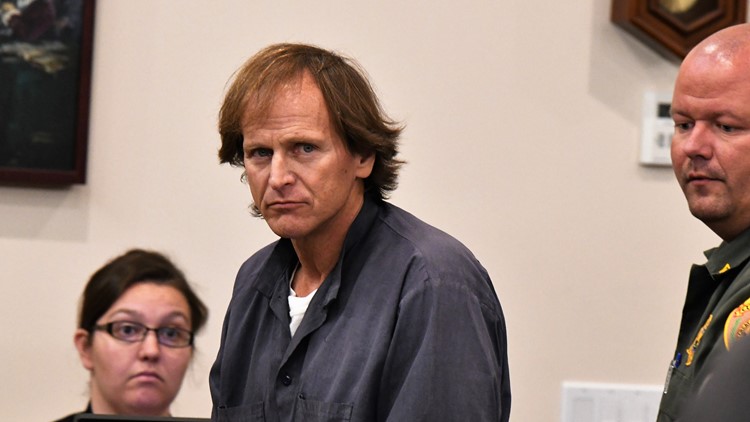 Alex Christopher Ewing is suspected in the 1984 murders of Patricia Louise Smith in Lakewood and Bruce, Debra and Melissa Bennett in Aurora. His attorney asked the Nevada Supreme Court to block his transfer to Colorado to faces charges in the two cases.
Author: Kevin Vaughan
Published: 1:09 PM MST December 11, 2018
Updated: 9:06 PM MST November 20, 2019

The Nevada inmate suspected in a series of 1984 hammer murders has appealed a judge’s order that he be transferred to Colorado to face charges in those cases, 9Wants to Know has learned.

Alex Christopher Ewing, 58, faces multiple charges in the Jan. 10, 1984, rape and murder of Patricia Louise Smith in Lakewood and the Jan. 16, 1984, killings of Bruce and Debra Bennett and their daughter, Melissa, in Aurora. The couple’s other daughter, Vanessa, survived horrific injuries in the attack.

On Dec. 3, a judge in Carson City ordered that Ewing be extradited to Colorado to face charges in those two cases.

In his notice of appeal, obtained by 9Wants to Know, Ewing’s attorney, Martin Wiener of Reno, asked the Nevada Supreme Court to overturn Judge James Wilson’s ruling that the suspect was not entitled to an appointed lawyer during the extradition hearing. In addition, Wiener suggested that the extradition documents were not “in order” – a requirement – because they suggest Ewing’s transfer to Colorado would be “temporary” although they also call for him to complete any sentence here before being returned to Nevada.

Ewing is facing multiple counts of first-degree murder in the Colorado slayings – a conviction on any of them would mean a minimum sentence of life in prison without parole. He could also face the death penalty.

The appeal was filed in Carson City District Court. As of Tuesday, the appeal had not been forwarded to the Nevada Supreme Court.

A DNA match earlier this summer led investigators to name Ewing as a suspect the Smith and Bennett cases.

Jefferson County prosecutors have formally charged Ewing with four counts of first-degree murder and two counts of committing a crime of violence in the murder of Smith at the Lakewood condominium she shared with her daughter and grandchildren.

Smith, 50, was raped and beaten to death with an auto body hammer after apparently being surprised by an intruder while eating lunch.

On Aug. 9, 1984, Ewing was being transported from Utah back to Kingman for a court hearing when he ran off after jail deputies stopped the transport van in Henderson, Nevada, to give him and other inmates a bathroom break.  That night, Ewing broke into a home in Henderson, Nevada, and attacked a couple with an ax handle, savagely beating them. He was arrested two days later, convicted of multiple charges and has been in Nevada’s prison system ever since.

At that point, Colorado Gov. John Hickenlooper signed extradition warrants for Ewing issued by prosecutors in Jefferson and Arapahoe counties.