Investigators assembled in more than 2,000 pages of documents, along with more than 650 photographs, 211 hours of video footage, and 38 hours of audio interviews to build their case against Chris Watts in the murders of Shanann Watts, and daughters, Bella and Celeste.

Investigators working on the disappearance of a pregnant Frederick woman and her two young daughters amassed a staggering amount of evidence – thousands of pages of documents, hundreds of hours of video footage, dozens of recorded interviews.

All of it was used to build a sweeping case against Chris Watts, the 33-year-old man who ultimately pled guilty to killing his wife and kids in a deal brokered by his attorneys to spare him the possibility of facing the death penalty.

Much of that evidence has been made public in three separate releases by Weld County District Attorney Michael Rourke – the last batch made available on Friday – and it lays out a compelling case against Chris Watts.

But even as much information as it provides, it does not answer the biggest question of all: Why did Watts decide to strangle Shanann Watts, his wife of six years, and smother the couple’s little girls, Bella, 4, and Celeste, 3?

COVERAGE | The Chris Watts plea, sentence and the murders of Shanann, Bella and Celeste Watts

That Chris Watts was carrying on a torrid affair with a colleague at Anadarko petroleum is clear terms, her text messages describing their sex life.

That Chris Watts and his wife were having marital problems is also obvious, detailed by Shanann Watts in hundreds of text messages she exchanged with her closest friends.

But nothing in all the records made public so far explains why Chris Watts apparently concluded that murdering his family was the only way out.

The mystery began Aug. 13 when a friend reported that Shanann Watts and the kids were missing. Chris Watts initially told police that he’d left for work early that morning while his wife and daughters were sleeping.

The following day, he spoke with 9NEWS, calling the disappearance of his family “earth-shattering” and making a plea for their return. Two days later, after hours of interviews with police, he admitted that he’d killed Shanann but claimed he did that only after he saw her on a video monitor strangling their daughters – an assertion investigators immediately rejected.

By then, they’d concluded that he had killed his wife and daughters sometime before he drove away from his home early the morning of Aug. 13, their bodies secreted in the back of his work truck.

On Aug. 16, investigators located Shanann Watts’ body in a shallow grave at a Weld County oil well and the bodies of the two little girls in nearby tanks.

On Nov. 19, after he was sentenced to three consecutive life terms without the possibility of parole, Watts made no statement about why he did what he did.

What is clear about what’s been made public is that investigators assembled in more than 2,000 pages of documents that have been made public, along with more than 650 photographs, 211 hours of video footage, and 38 hours of audio interviews.

Some of the evidence that’s been released is mundane. Body camera footage from police officers going door-to-door in the neighborhood, making phone calls, handing out flyers. Photographs of every inch of the inside of the family’s home. Countless text messages, some going back months, that appear to have little to do with what happened on Aug. 13. Records showing that Chris Watts had first-aid training.

Some of it is chilling.

There’s video Shanann Watts shot the day she told Chris Watts she was pregnant with the couple’s third child, a boy they had planned to call Nico. Though other records suggested he wasn’t happy about being a father again, he grinned broadly in the footage as he learned the news.

There’s also video of Watts the day his family was reported missing, watching a neighbor’s surveillance footage that showed him backing his truck into his garage – the time when investigators believe he loaded up the bodies of his wife and kids. In it, he turns away, puts his hands on top of his head, rocks back and forth.

There are photographs of the dusty grave where investigators found Shanann Watts’ remains, and a closeup of the hatch in the top of an oil tank where one of his daughters was found. Chris Watts admitted he shoved the bodies of his girls through those hatches. In the photo, there’s a tape measure. It shows that the opening is 8 inches across. 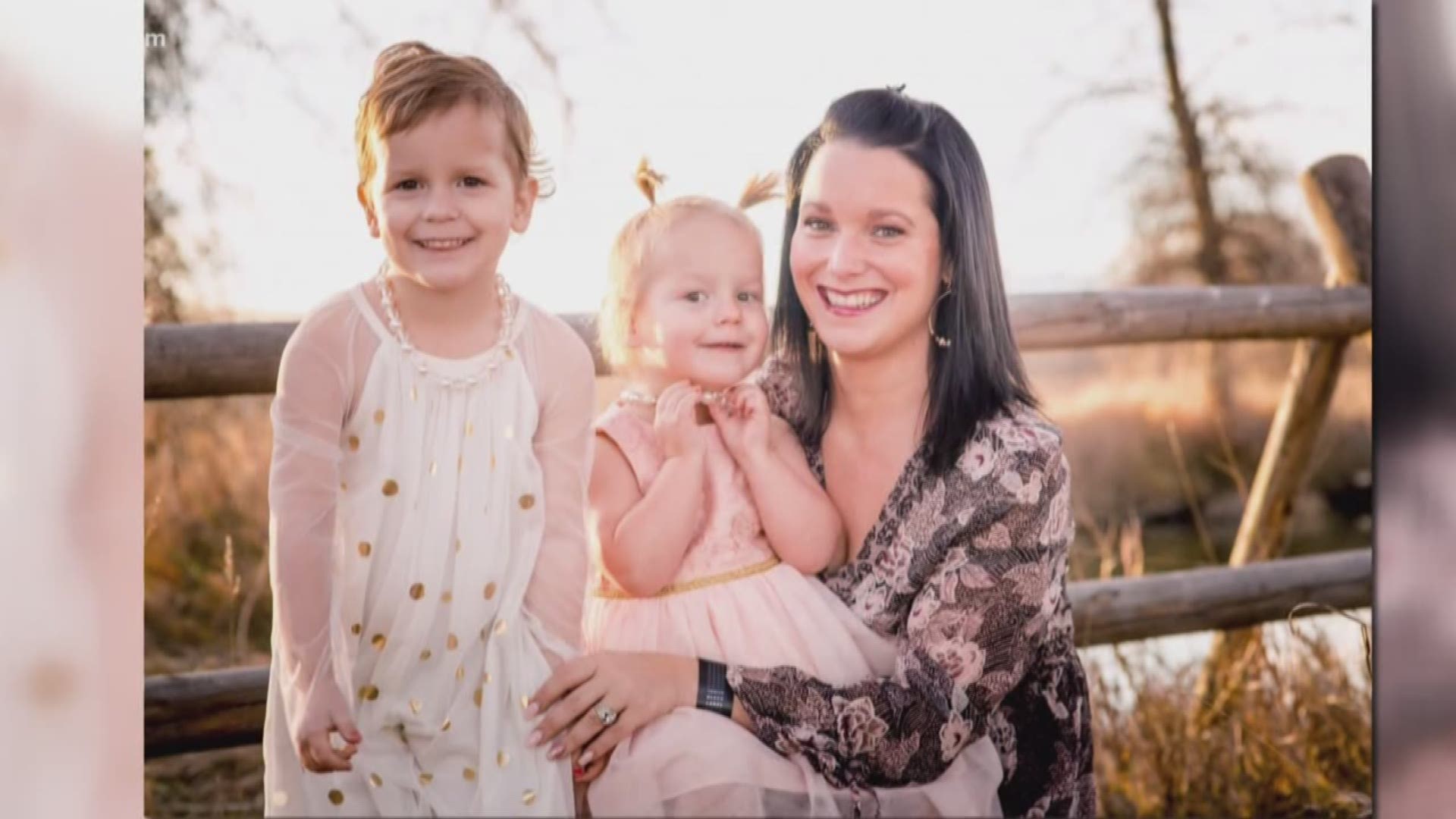