An investigation revealed over 100 former federal lawmakers with questionable campaign spending long after they left office. 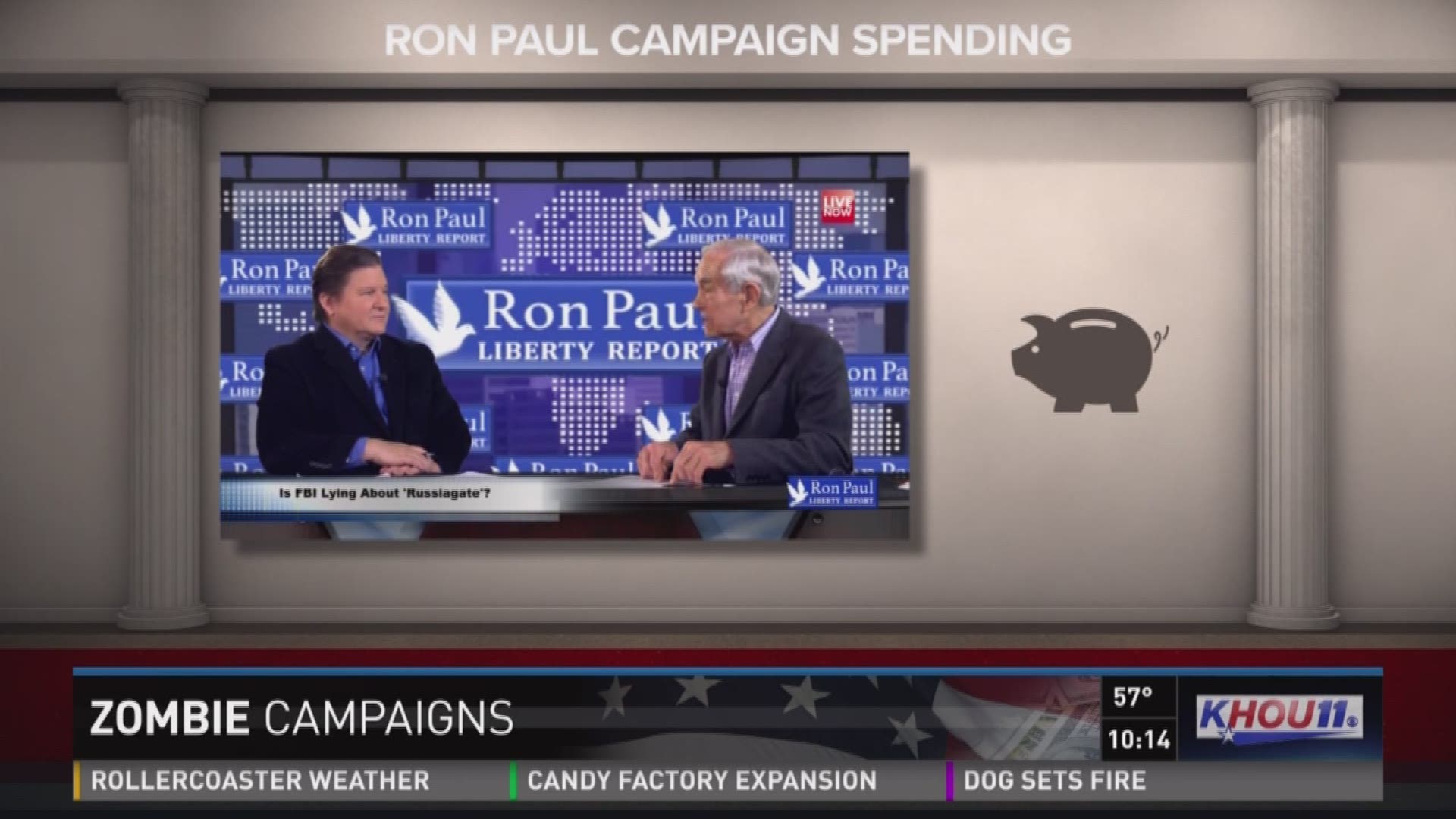 They were voted out of office, retired or even died.

But the campaign spending is very much alive for these former members of Congress, paying for pet projects and what some critics call personal gain.

But outside, he didn’t want to talk about spending that political piggy bank outside his office in Clute, Texas. It’s where he hosts the “Ron Paul Liberty Report,” a daily YouTube show run by his non-profit, the Foundation for Rational Education and Economics, or F.R.E.E.

Paul’s campaign account has helped fund F.R.E.E. with $287,200 since he left office. Paul’s daughter Lori Pyeatt also made money from the campaign—$82,950 as vice president of F.R.E.E. and $40,493 as treasurer of her father’s campaign that was dead. 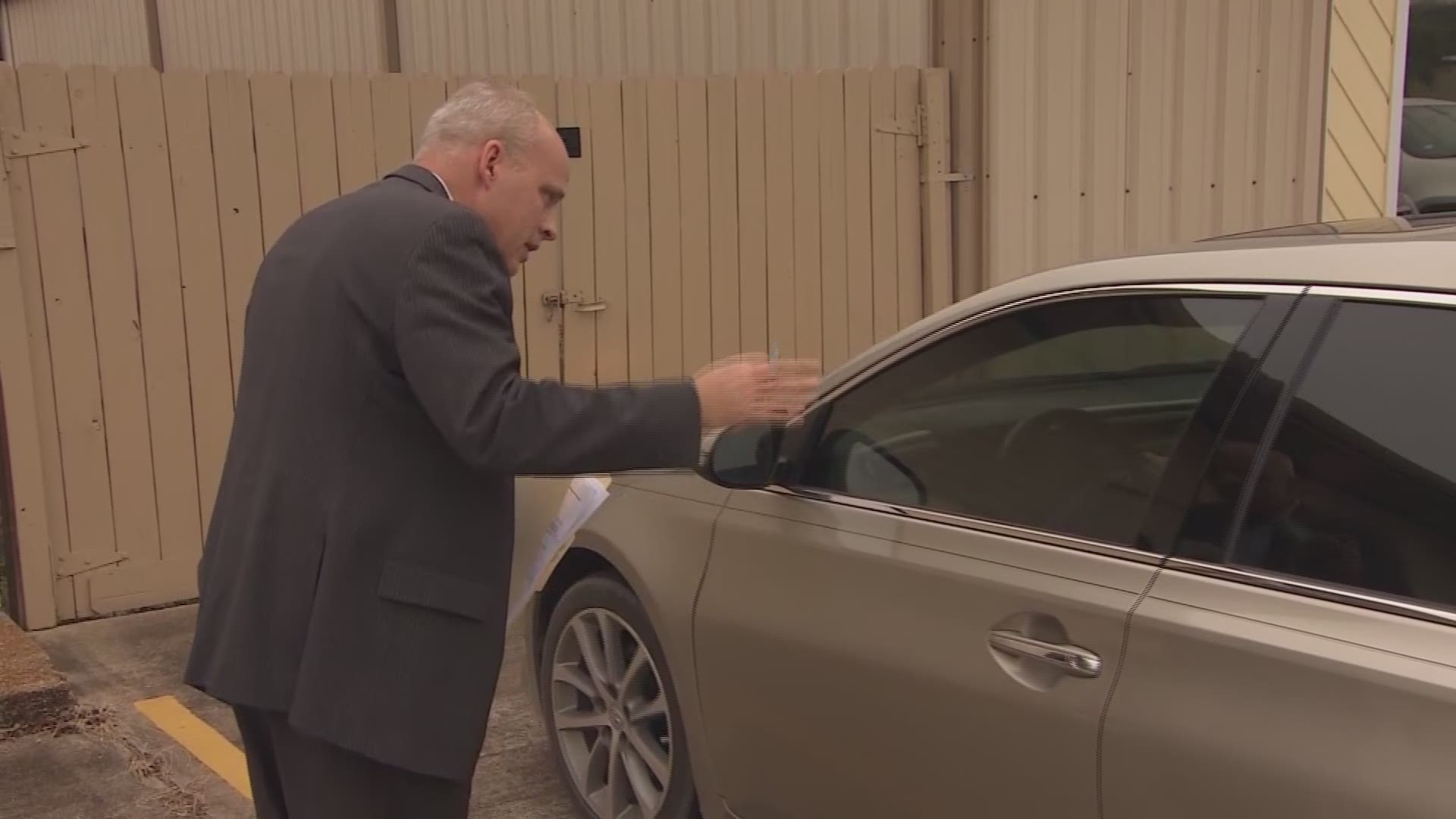 "I think it smells to me,” said voter Frank Fontana.

It doesn’t pass the smell test at the Yale Street Grill in the Heights, where the coffee is strong and so are political opinions.

"I think his daughter should work for somebody else,” Fontana said.

"It's not fair to those who contributed,” voter John Warner added.

“These guys are like putting the fox in the hen house,” said voter George Polydoros.

There are Federal Election Commission rules against “personal use” of campaign cash. But "personal" is narrowly define. And while retired lawmakers are encouraged to wind down campaign accounts within six months, there are cases like former Texas Congressman Jim Turner. He has nearly $900,000 in is campaign war chest today, but hasn’t held office since 2004.

KHOU: "It's been more than a dozen years."

Turner: “I've always felt I might have an opportunity to run for office again.”

Turner: “It's perfectly legal and appropriate so long as your family member is being paid a fair market wage.”

KHOU: “Why would you need an office if you're no longer running for office?”

Turner: “Well you still have your records, your books.”

KHOU: “Can't you just keep them at home? Why would you need to pay yourself a few hundred dollars a month?”

Turner: “Well, I wasn't paying myself, I was paying the corporation that my father owns.”

"It is always important to remember that the laws governing office holder use of funds are written by office holders, and so they write them loose,” Jillson said.

So they can spend fast and loose.

There's former Texas Congresswoman Shelley Sekula Gibbs, who bought herself a lifetime membership to the National Rifle Association after leaving office. Henry Bonilla, also from Texas, spent more than $4,000 on car rental and meals at the exclusive Capitol Hill Club in Washington, D.C.

"At the end of the day, you're either writing it out of your own pocket or a campaign fund that's leftover. It's really—it's from you, so it really doesn't matter,” Bonilla said.

It doesn’t even matter that campaign cash keeps flowing after lawmakers died. Our investigation found a half-dozen politicians who passed away, but the cash in their campaign accounts was flowing after their deaths.

In one case, a political advisor to the late Congressman Mark Takai of Hawaii paid himself more than a $100,000 as treasurer and consultant to a dead man’s campaign.

See for yourself: How 102 'zombie' politicians spent their money

“There are a lot of people, who, if nobody is watching them and there are no consequences, are going to do what they can get away with,” said Noah Bookbinder, executive director for Citizens for Responsibility and Ethics in Washington (CREW).

“If you have a system where the cop is not on the beat, people are going to abuse the system,” Bookbinder said.

The federal election commission is in charge of enforcing the rules. A spokesman said he cannot comment on cases that may up under investigation in the future. He did not address why the FEC didn’t investigate them in the past.