1 year since Flight for Life crash in Frisco

July 3 marks the one year anniversary of the fiery Flight for Life helicopter crash in Frisco that left the pilot dead and two others injured. 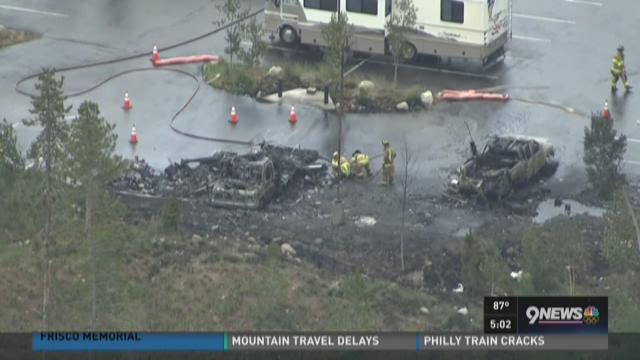 July 3 marks the one year anniversary of the fiery Flight for Life helicopter crash in Frisco that left the pilot dead and two others injured.

The Frisco community gathered to remember Mahany a few yards from where it happened outside of St. Anthony’s Medical Center.

During the memorial, Mahany’s wife Karen thanked the community for their love and support.

“We’ve held each other up and we understand and let each other honor our feelings in the moment that we're feeling it," she said.

Since the crash, Mahany’s wife has lobbied Congress to do more to protect the lives of air medical crews.

The fire that contributed to Mahany’s death was caused by a rupture in the fuel tank after the helicopter crash.

A 9Wants to Know investigation found that most helicopters in use today are not required to have fuel systems that would meet the latest FAA standards.

St. Anthony’s says the newest helicopter their crews are using has an updated fuel system.