What used to be a reminder of her past is no longer there. 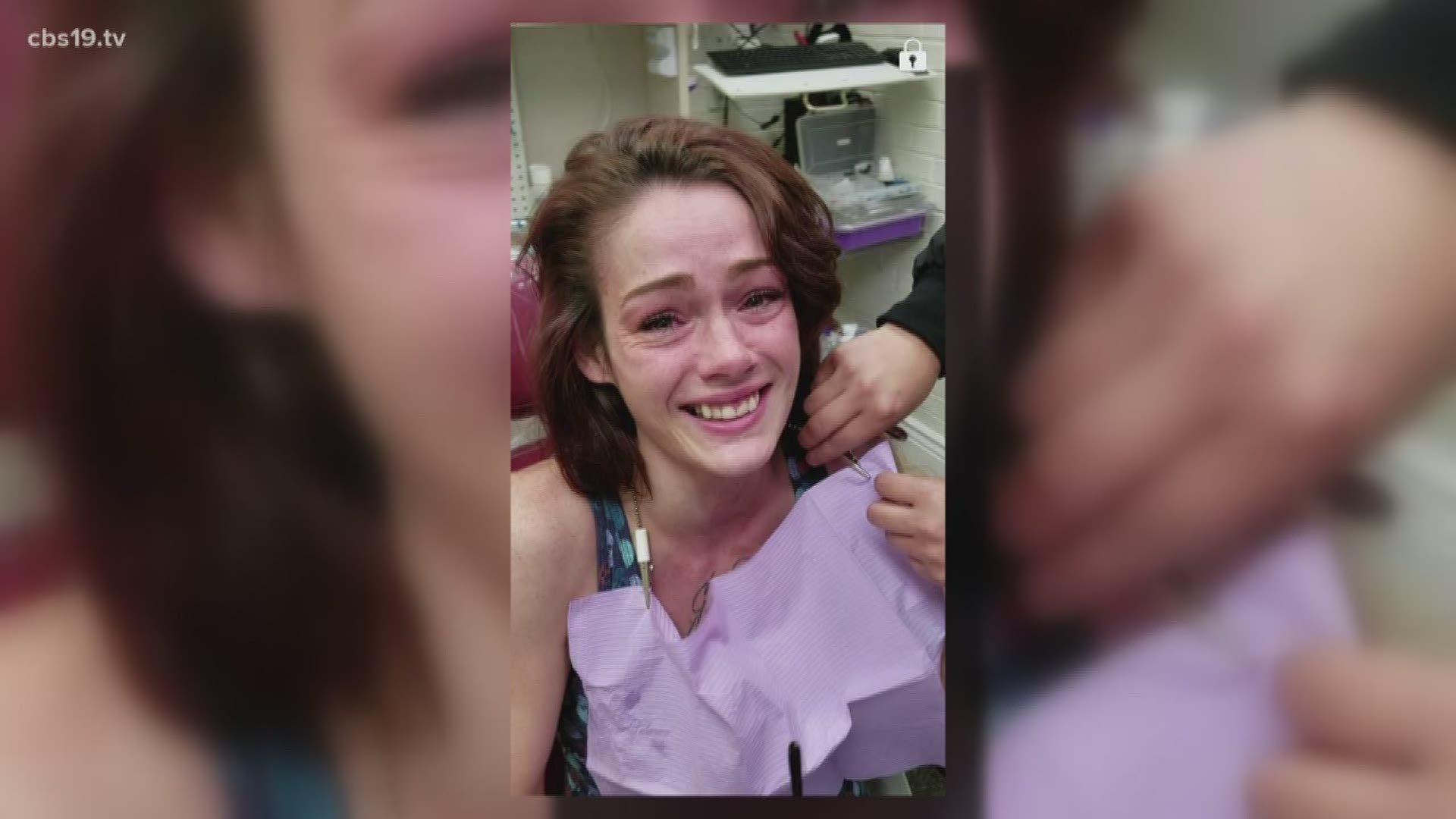 It was burst of pure joy when Kyleigha Scott saw her new smile. Her reaction was described as something between a laugh and a cry.

Scott was originally visiting Dr. Kenny Wilstead for a wisdom tooth extraction and he said he couldn't help but notice her broken front tooth. When he asked about it, Scott said she was headbutted by her ex-boyfriend.

"I can just imagine all the pictures she's not able to take," Dr. Wilstead said.

The dentist said her tooth was broken for two years, but it only took him 10 minutes to repair, free of charge. The procedure involved fixing Scott's tooth with a composite filling.

Dr. Wilstead posted her reaction on Facebook and it's since gone viral.

The original post has more than 3,000 likes and 700 shares. In the video, it appears Scott is surprised by how her new tooth looks. She smiled and went into tears.

"In a way it's one of the few times where I get to be a magician and just completely stun somebody right there in the chair," Dr. Wilstead said.

What used to be a reminder of her past is no longer there.

Wilstead said Scott's story should serve as a reminder of the goodness in people. He said if there is a chance to help somebody, one should lend a hand.