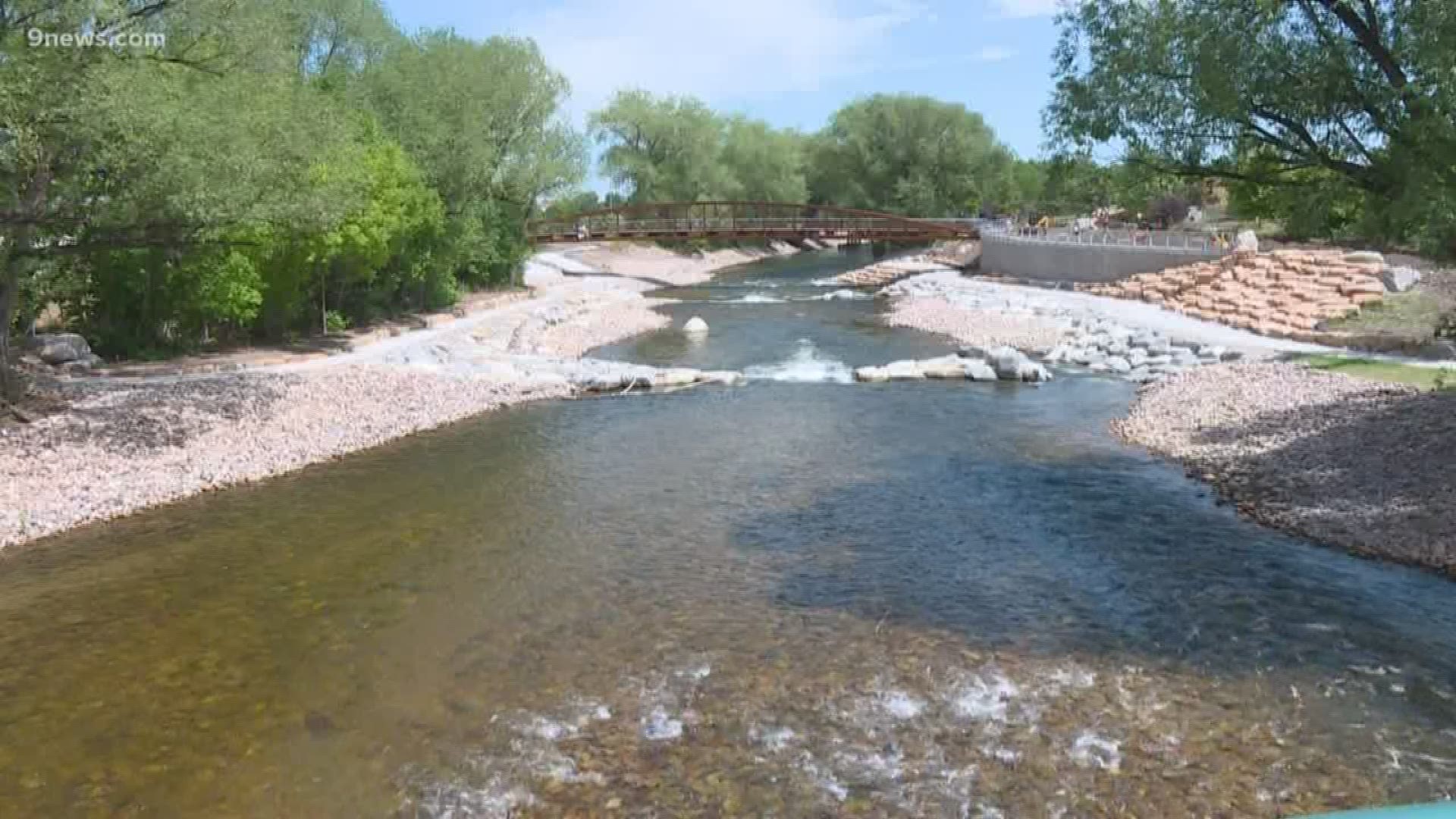 FORT COLLINS, Colo. — The sound of water flowing through a construction zone has become normal in Fort Collins.

For the past year, crews have been working to tame part of the Poudre River near Old Town Fort Collins, creating man-made obstacles to build a whitewater park.

"It’s something that’s been in the making for many years," said Kurt Friesen, the Park Planning & Development director for the City of Fort Collins. "It’s been specifically designed to make it fun, make the river fun."

The concept for the project began more than 20 years ago. Since then, Fort Collins has dumped more than $11.5 million of public and private funding into the Poudre River Whitewater Park.

The city said it is scheduled to open in September, with a grand opening celebration in October. It will feature rapids made from carefully placed stones in the river. It will also have picnic areas and a spot for children to play in the river.

"Each of these features have been designed for a purpose and that is recreation. These are boating features," Friesen said.

The concept is similar to Confluence Park in Denver. Builders use engineering to create rapids, waterfalls and currents, and to tame the river and make the water less dangerous.

"It’s safe with certain precautions. Everybody’s got to use some common sense. It’s still a river," Friesen said. "Our intent is to design a place here where people can come and be comfortable, but they need to use good judgement."

This construction project also lowered the river about 5 feet into the ground. Engineers said that will help with flooding in Old Town Fort Collins.