Denver health officials said conditions at the camp presented hazards to the people living there. 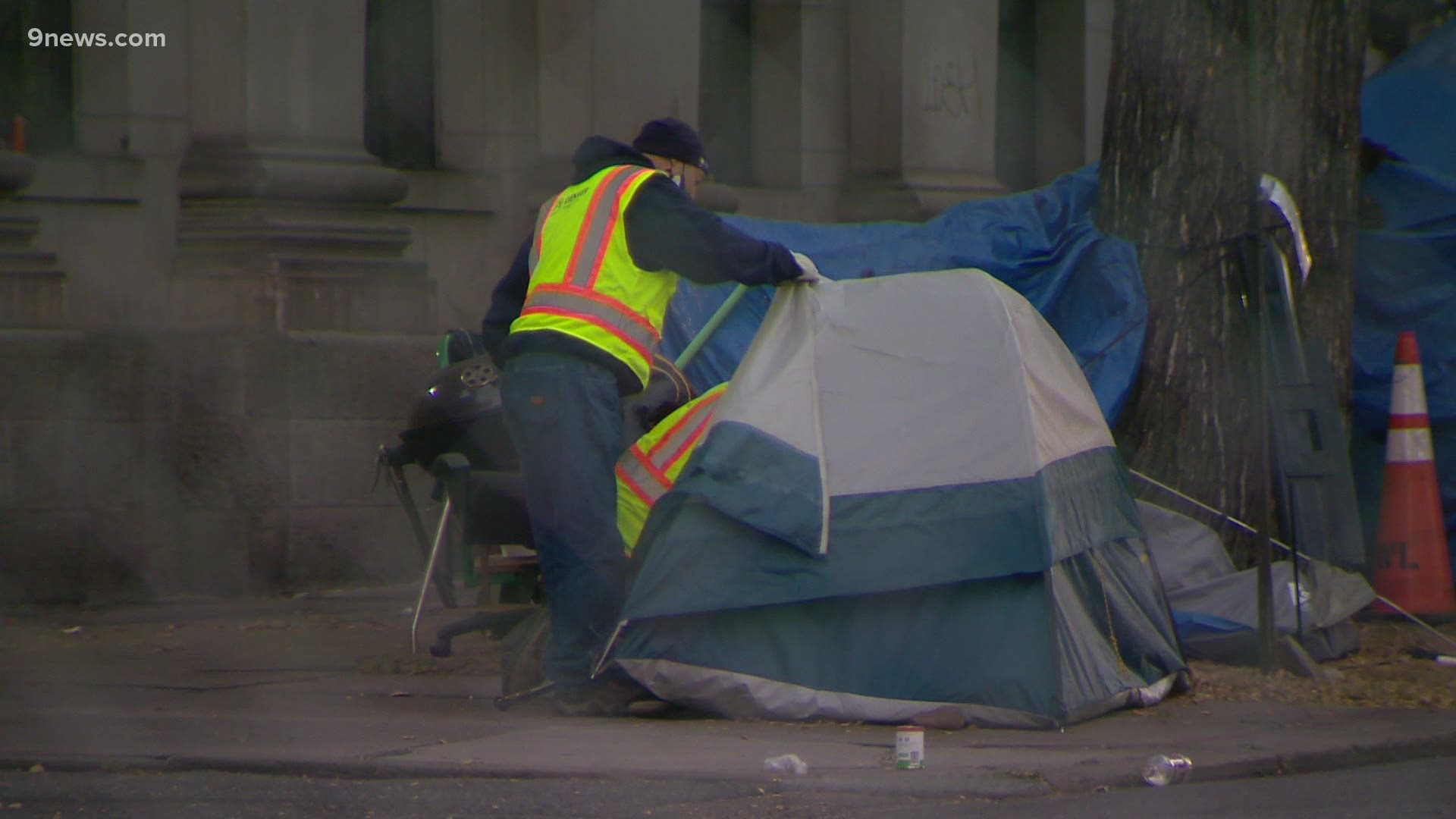 DENVER — City of Denver crews on Tuesday morning cleared and cleaned a camp occupied by those experiencing homelessness near 14th Avenue and Logan Street in downtown Denver.

The Denver Department of Public Health & Environment (DDPHE) said conditions at the camp, located one block from the Colorado State Capitol, had degraded, presenting hazards to the people living there.

DDPHE said the camp will be temporarily closed so it can be cleaned.

"We definitely want everybody to know that our goal is not to displace people," said Danica Lee of DDPHE's Public Health Investigations Division. "We have worked extensively to connect people with services. We have folks out here this morning connecting people with services."

DDPHE said the Denver Department of Transportation and Infrastructure (DOTI) posted notice of the cleanup seven days ago.

"We will be working with our city crews to clean up this area, evaluating the area to understand the extent of of the impacts like rodent infestation, there's a lot of trash that needs to be taken care of, improperly discarded syringes, human waste," said Lee.

Homeless sweeps at 14th and Logan are scheduled to happen today in @CityofDenver around 5:30 workers placed fences on 14th between Logan and Grant and @DenverPolice have started talking to homeless people we are live on #milehighmornings #9News @NatashaVermaTV @GShapiro9News pic.twitter.com/7NJTYLOAQ5

DDPHE said it will work to connect residents of the camp with shelters.

"We're also working as quickly as we can to advance other solutions such as safe outdoor spaces for people," said Lee.

Denver Homeless Out Loud, an advocacy group for people experiencing homelessness, announced Monday it filed a class-action lawsuit challenging homeless sweeps as unconstitutional and in violation of a previous settlement agreement.

Homeless Out Loud said this will be the fourth homeless camp that the city has swept in the last three weeks.

Denver Homeless Out Loud has previously called for the city to end the sweeps unless they offer housing or land for the camp residents to relocate.