A history professor takes us through what Thanksgiving was like in Colorado during the pandemic of 1918. 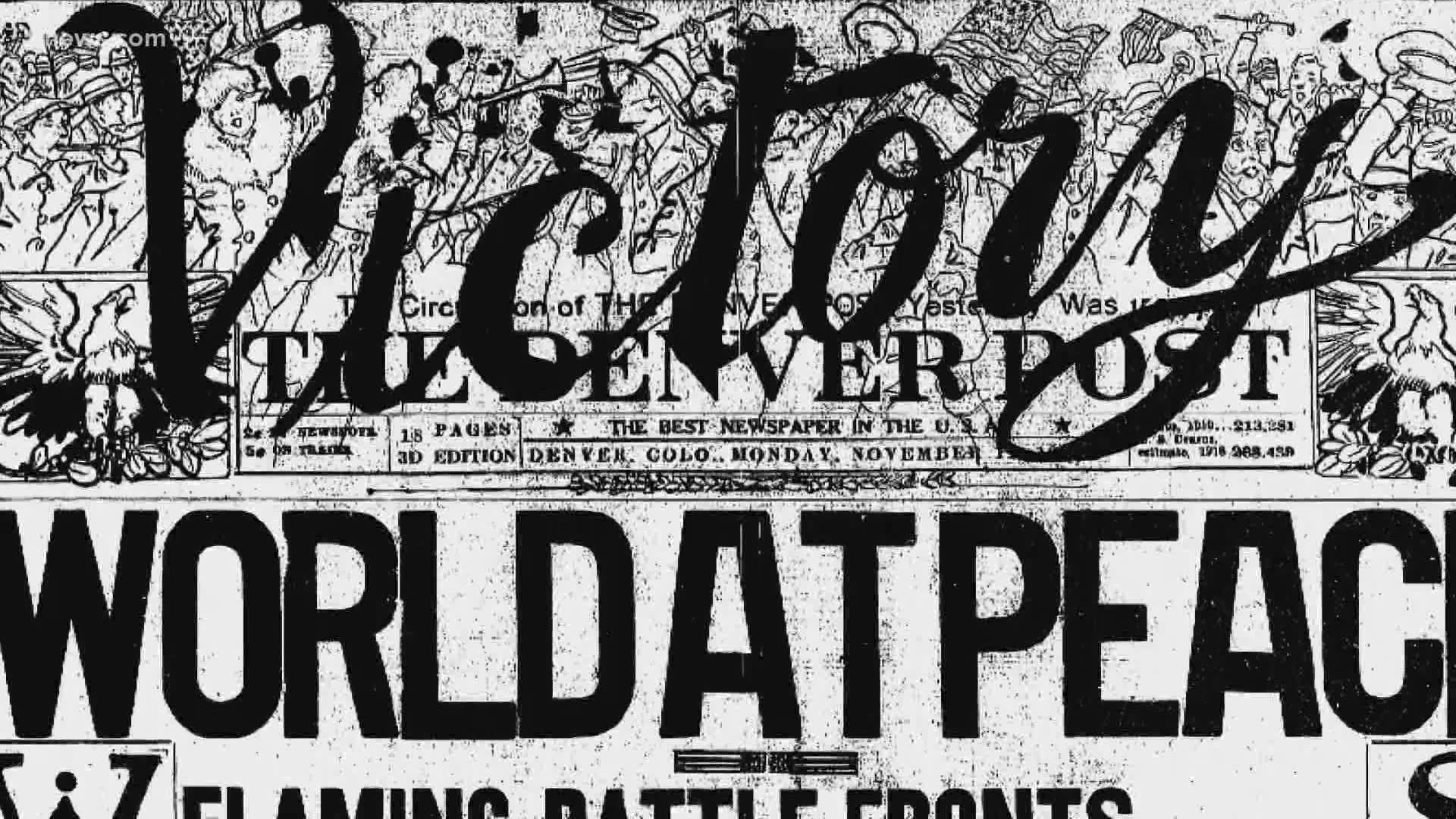 You hear often that this year's Thanksgiving will be unprecedented because of the effects of COVID-19 on tradition and community, but don’t forget that our country has been through a pandemic before.

“At this point by November, it was sort of just mass confusion in a lot of instances,” Stephen Leonard, Professor of History at Metropolitan State University of Denver, told 9NEWS.

About 50 Coloradans were dying from influenza a day in November 1918, according to Professor Leonard.

Compare that to present day, where two weeks before Thanksgiving, about 25 people were dying a day with COVID-19, according to data from the Colorado Department of Public Health and Environment (CDPHE).

Colorado’s current population is about five times what it was in 1918.

On November 11, 1918, it was announced that World War I had ended. Despite the pandemic, people in Colorado packed the streets to celebrate. Three weeks later, many continued their Thanksgiving traditions.

“It was a different story in different places,” Professor Leonard said. “In Colorado Springs for example, the health department forbad people from gathering in large groups for Thanksgiving. In Longmont, they forbad religious services, and for one minister who insisted on having them, they talked about arresting him.”

While mask wearing was required in Denver, you were not discouraged from gathering.

“At one point in Denver, they set up a huge community sing at the auditorium for Thanksgiving,” Leonard said. The plan was to have 400 people singing holiday music. “They decided they had to cancel it because they were wearing masks at that point, and they said it wouldn’t do to try to sing through masks.”

In short, the city only canceled the event because they thought muffled singing would not sound good enough.

“They did have a big football game in Denver on Thanksgiving between University of Denver and Colorado College, and that brought a lot of people together, which probably wasn’t the wisest thing to do, but they weren’t going to do without their football,” Leonard said.

“We have a way out here,” according to Professor Leonard. “We have the possibility, in fact the almost certainty, of a vaccine. They didn’t have a way out.”

RELATED: She survived the Spanish flu and COVID-19. This week, she turns 104

RELATED: What can Colorado learn from the 1918 Pandemic?

RELATED: The 1918 Spanish flu killed 8,000 people in Colorado, but Gunnison only had 2 cases. Here’s why