2 people claim to own lost dog at Denver shelter

Two people are claiming ownership of a dog that ended up at the Denver Animal Shelter. A microchip showed was registered to one of them, but shelter said that's just one of many tools used to determine ownership. 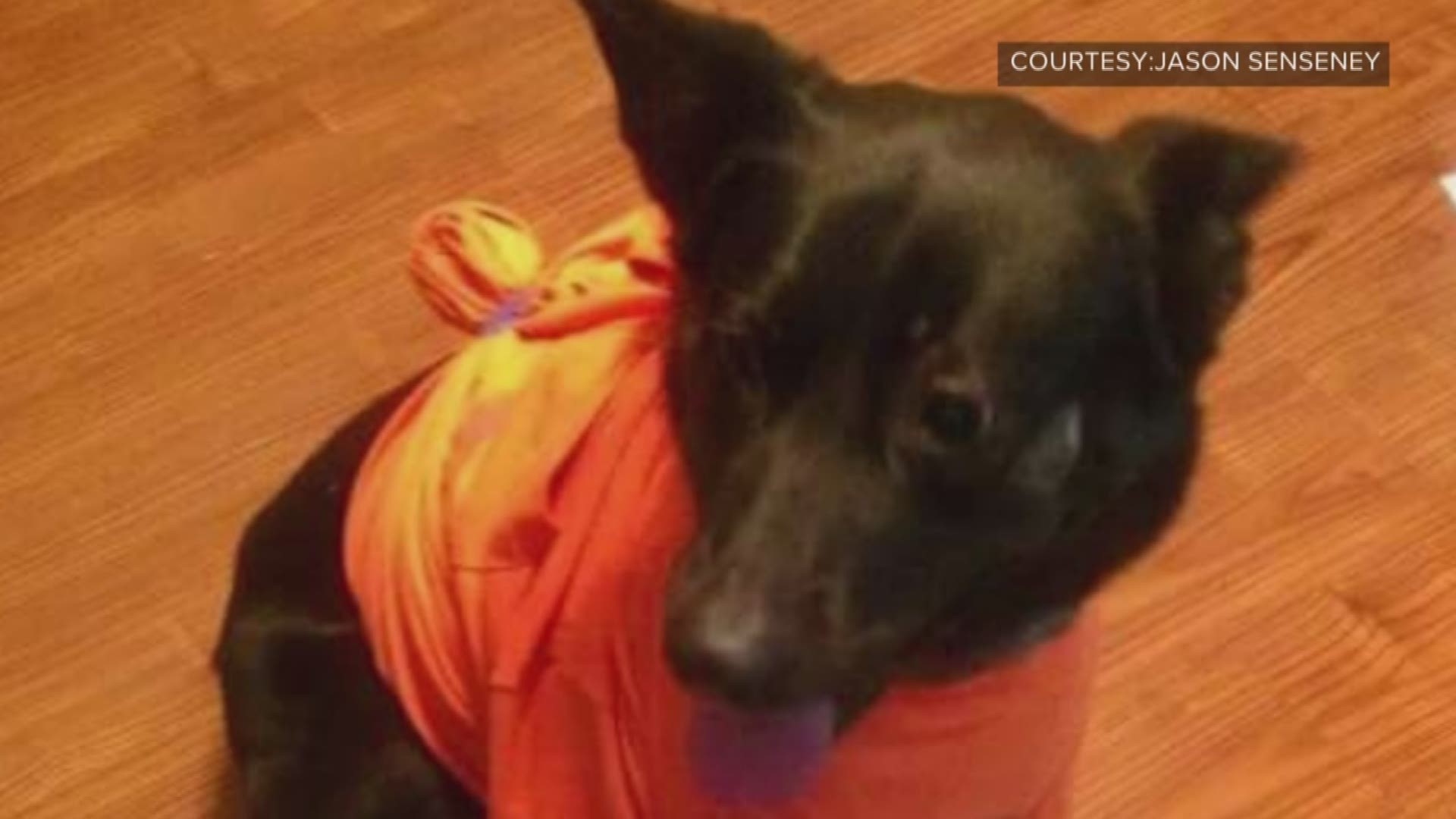 DENVER — The Denver Animal Shelter says two people are claiming they own a dog that ended up at the shelter and now the shelter must decide who gets to keep her.

It has been years since Molly disappeared, so when Jason Senseney’s phone rang with an update on his dog’s whereabouts, he was a little surprised.

“My dog ran away five years ago, you know, we pretty much thought she was dead and gone,” Senseney said. “And Saturday we get a call from Avid, the [microchip} company, that your dog’s been found and here it is.”

Senseney said he adopted Molly as a puppy in St. Louis where he lives. She was only a few weeks old and lived with him for several years. When she was about six, he said she ran away.

Now, Molly had been found in Colorado, hundreds of miles away from her former home and family in Missouri.

“And I was like, absolutely, I’m coming to get her, I’ll be there in the morning,” Senseney said.

However, the reunion he was expecting would not happen.

Senseney said he soon learned from the Denver Animal Shelter that another person was also trying to claim the dog.

The Denver Animal Shelter confirmed they are reviewing this case.

City officials confirmed the dog’s microchip information is connected to Senseney, but said microchips are just one of many tools used to determine ownership of a pet. The shelter would not share any information about the other person’s claim of ownership of the dog but said that person also lives out of state.

“It’s a really challenging situation to be in for everybody,” said Tracy Koss, the Customer Care Manager at the Denver Animal Shelter. “It’s very emotional. We’re struggling to make sure that we are being responsible, and again, that we are looking at all the information that we have, not making any rash decision, and taking guidance from our legal team.”

Koss could not provide a timeline for when the shelter will make that decision.

9NEWS requested, through the shelter, to speak with the other person claiming ownership of the dog to better understand that side of the story. City officials said that person has declined any contact with media at this time.

Metro State University of Denver professor and 9NEWS legal analyst Whitney Traylor said this is a tough scenario for the shelter and owners.

“There’s no real winners in this situation if one side gets the pet and the other side doesn’t,” he said.

The shelter will have several things to consider, according to Traylor.

“The first issue is, who is the true owner?” he said. “How do we prove that? Through microchipping, witness evidence, adoption papers, etc.”

The case is also challenging because neither owner lives in Colorado.

“Now we have an issue of what states laws apply,” Traylor said. “Because we have… two individuals claiming ownership who come from out of state. Should their laws apply, or Colorado laws apply? When did they say when the dog came over here, can we prove how long the dog has been in Colorado versus some other state?”

Traylor said the timeline of events in the dog’s life will also be important.

Senseney is still in Colorado, waiting for word about the dog’s future. He said he is not angry at the shelter employees who are facing a tough decision, but he is frustrated with the situation.

“I don’t understand at all, it’s frustrating and heartbreaking,” he said. “It shouldn’t be going this way. I should have been in and out.”