Three men came forward in 2018 suspecting that they might be the infant who was kidnapped from his Colorado Springs home in 1986. 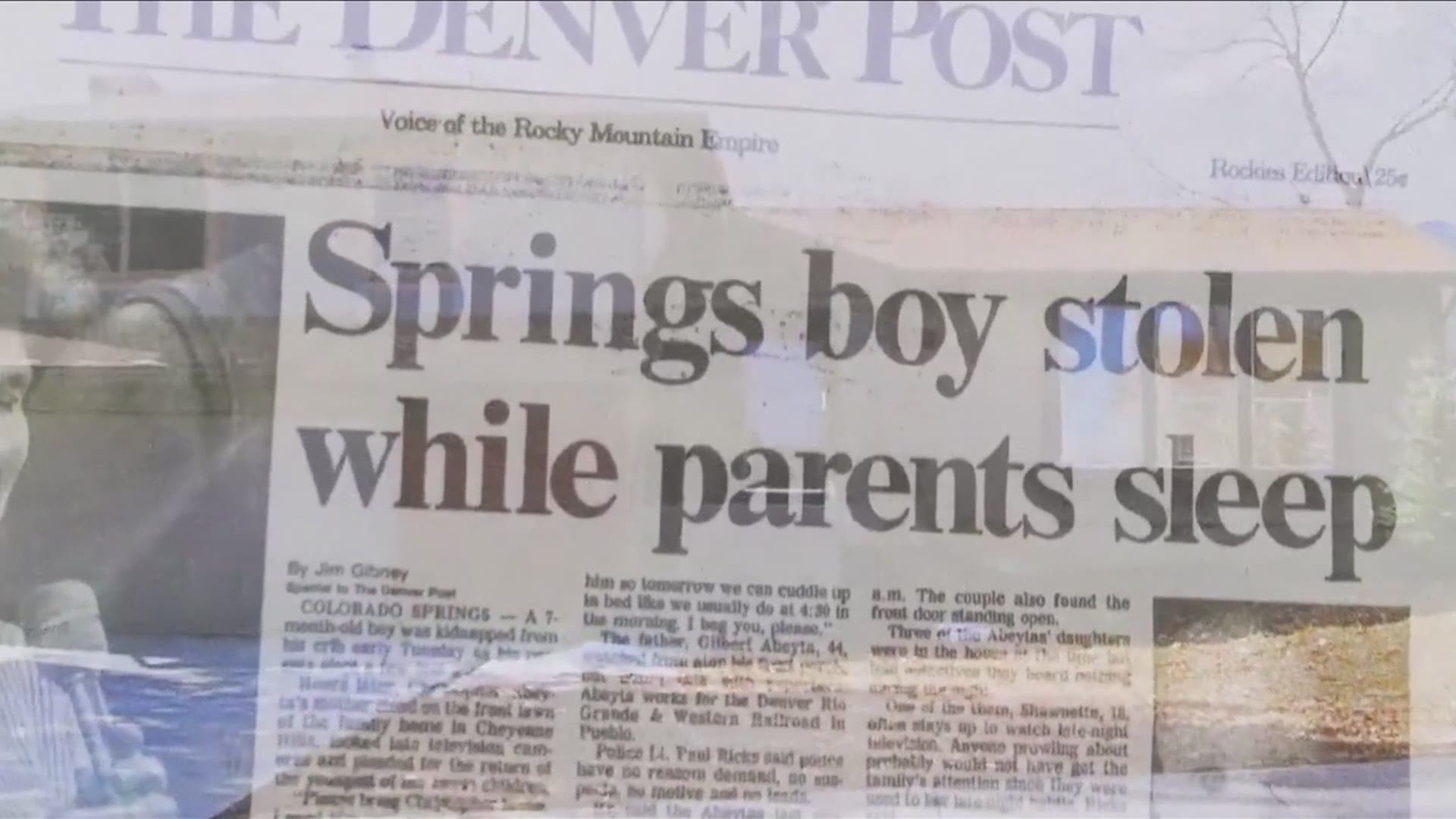 COLORADO SPRINGS, Colo. — Tips led to the DNA testing of three men in 2018 who suspected that they might be the infant who was kidnapped from his Colorado Springs home in 1986, according to a release from the Colorado Springs Police Department.

On July 15, 1986, seven-month-old Christopher Abeyta was taken from his parents’ bedroom in the middle of the night and foul play is suspected, Colorado Springs police have said.

During 2018, tips were received identifying three separate individuals as possibly being Christopher Abeyta, according to the Colorado Springs Police Department. DNA samples were collected voluntarily from all three individuals.

RELATED: A Colorado infant was abducted in 1986. This is what he may look like today.

The second tip was received by a family member of Christopher Abeyta on Aug. 29, 2018, and on that same date, a DNA sample was obtained by the Colorado Bureau of Investigations (CBI) and sent to the UNT laboratory on Aug. 30, 2018.

The third tip was received on Oct. 5, 2018, from a police department in Florida. Colorado Springs police contacted that person and a DNA sample was collected in Florida and received by CSPD on October 27, 2018.  It was sent to the UNT laboratory the following day.

On Feb. 1, 2019, CSPD received the results for all three DNA samples and it was determined that none of the three individuals are Christopher Abeyta.

Back in 2016, Abeyta's mother Bernice was diagnosed with terminal cancer. She lost her battle a few months later and her dying wish to know what happened to her son was never realized.

The investigation into Christopher’s disappearance remains an active and open investigation with the Colorado Springs Police Department’s Missing Persons and Cold Case Units.