Remember all that trash after the 4/20 rally Civic Center Park? Denver Parks and Recreation hasn’t forgotten it, and they’re ensuring that there are consequences for those who didn’t pick up after themselves, a news release said. 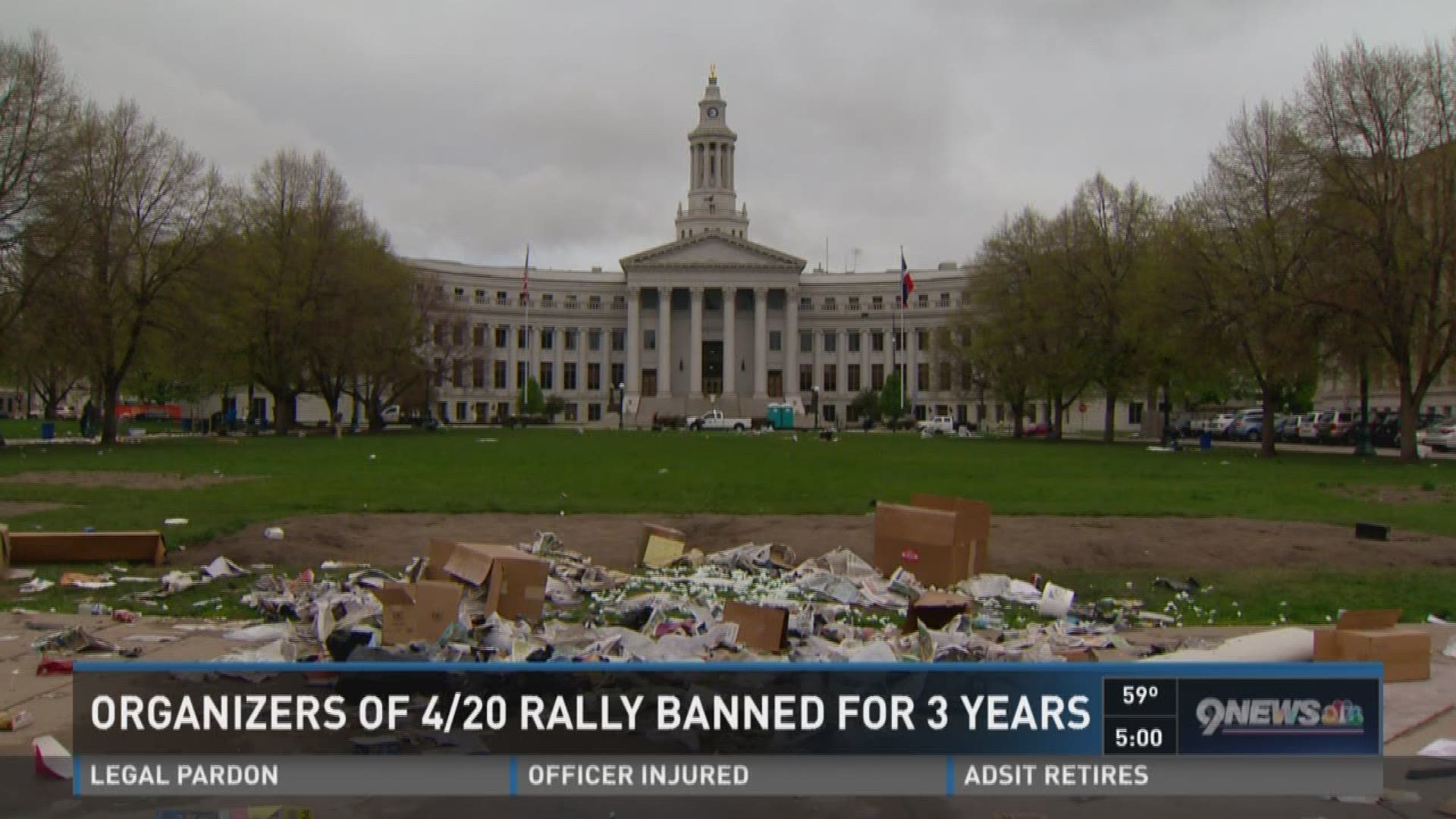 Remember all that trash after the 4/20 rally Civic Center Park?

Denver Parks and Recreation hasn’t forgotten it, and they’re ensuring that there are consequences for those who didn’t pick up after themselves, a news release said.

After reviewing trash management, public safety and security it has been decided that there will be a penalty of $11,965 plus an added $190 in damages, and that the event holder is banned from an event permit for the next three years. The rally’s priority event status has also been revoked.

“After a thorough review of the event, substantial violations of city requirements were found”, said Happy Haynes, executive director of Denver Parks and Recreation, in the news release. “We will continue to ensure that events in our parks are safe, compliant and of high quality, and we remain focused on protecting Denver’s parks and facilities which are valuable assets to our city and our residents.”

The 4/20 rally's organizer, Miguel Lopez, previously told 9NEWS that cleanup crews encountered issues when a man with a knife started slicing opening trash bags. When the man was asked to leave, he allegedly pulled a knife on the cleanup crews.

One of the rally producers said that 80 to 120 bags of trash were picked up when the man started opening them up and scattering their contents.

Lopez also said there's been trash issues with the 4/20 rally in the past, which is why their permit gives them until noon the next day to clean up.

Lopez issued a statement on the decision Saturday afternoon:

"The 420 Rally disagrees that it committed any substantial or intentional violations and will promptly appeal this finding, although we realize this "appeal" is to Happy Haynes, the same person who already wrote this letter. The next appeal above her will be to the courts.

We understand that the City political structure disagrees with our message, and is using this process as a pretext to silence the message. Every Civic Center event has similar features and none of these issues were identified in past years 420 events.

Anything identified in Haynes' letter as a violation is of a hyper-technical nature, and no actual problems, permanent damage, nor injuries occurring from the Rally."

A letter was sent to Lopez and his associate Robert Corry, included below, that goes into more detail about the rally's violations and penalties. While the two met with Denver Parks and Recreation to say that they would correct the rally's problems in the future, the letter said that the issues that arose still need to be addressed and penalized.

Permit holders have the right to appeal within 15 days of notice, Denver Parks and Recreation said.