Two men and two women were killed in the crash early on Oct. 30 in Weld County. 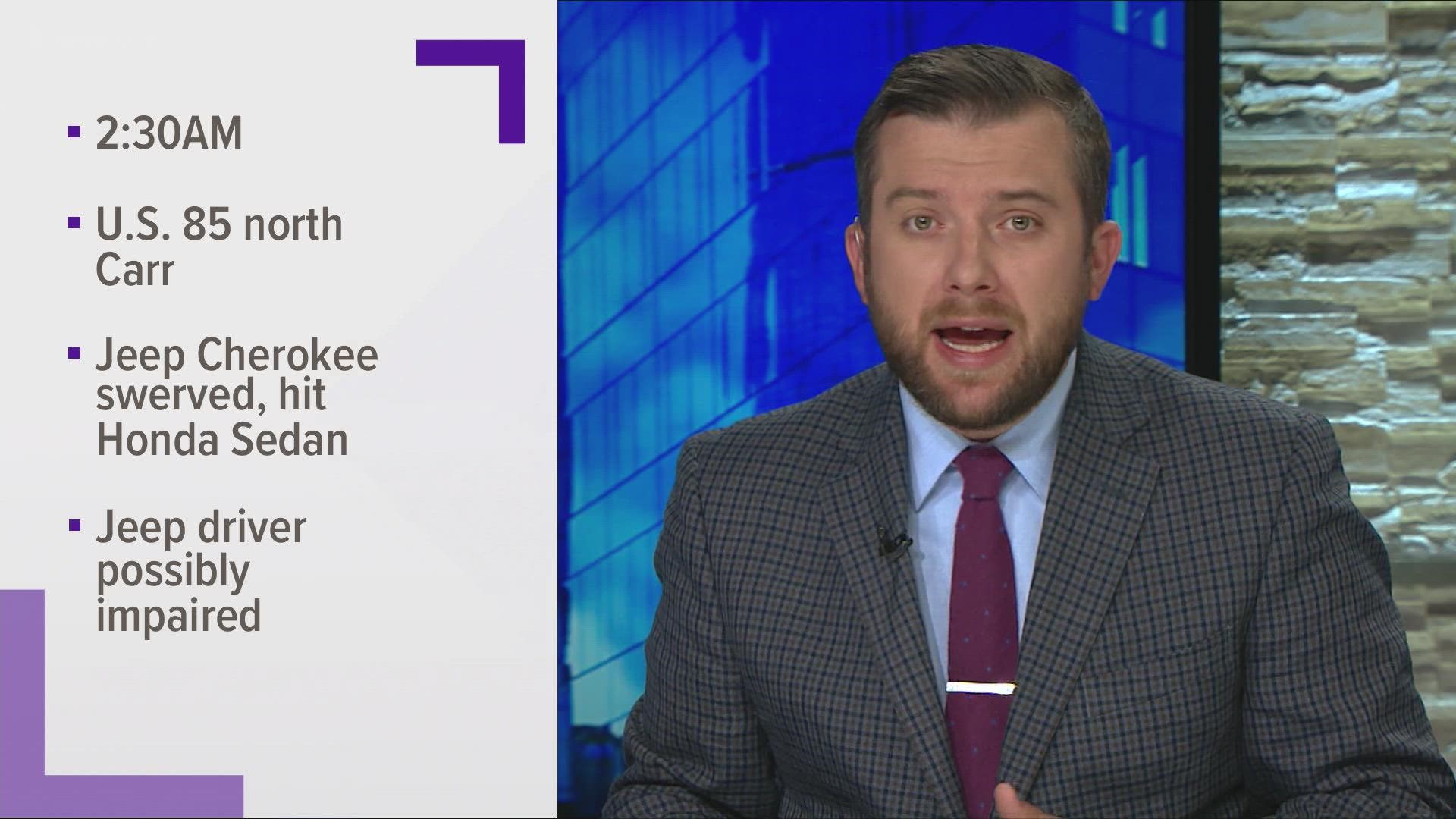 According to CSP, the crash happened around 2:30 a.m. on Highway 85 near Carr.

CSP said a Jeep Cherokee was heading south when for some unknown reason, it moved into the northbound lanes and crashed head-on into a Honda sedan.

Yasmin Takiah Evans, 22, and her only passenger, Taylor Alize Lipscomb Ashley, 24, were both Senior Airmen in the United States Air Force, stationed at F.E. Warren Air Force Base, near Cheyenne.

Jonathan William Upchurch, 30, of Rockford, Illinois was driving the Jeep, according to the Weld County coroner. His only passenger was Zane Lee Schure, 30, of Fort Collins.

Everyone was wearing their seat belts, according to CSP. A spokesperson said they're investigating whether the driver of the Jeep was impaired.

A final manner and cause of death for each of the four decedents will await autopsy and laboratory reports, according to the coroner.

RELATED: 2 killed, including infant, in crash on I-25