'We cannot believe an entire family would be gone in a matter of minutes': Community mourns 5 killed in Denver fire 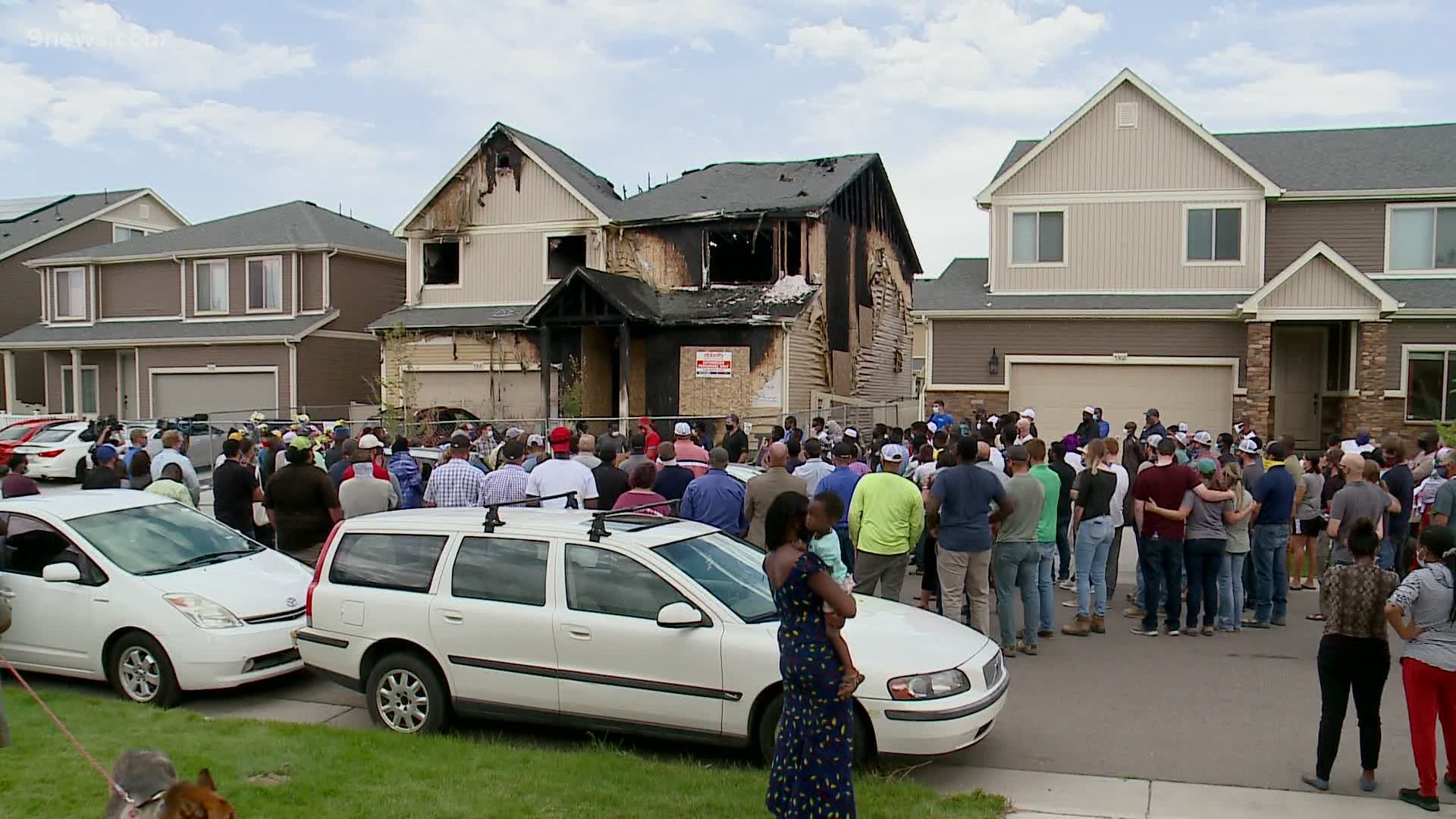 DENVER — A couple and their toddler daughter are among the five people who were killed when fire ripped through a home in the Green Valley Ranch neighborhood of Denver early Wednesday morning, family members said.

Moussa Diol identified his brother Djibril Diol as one of the victims. Moussa said Djibril's wife Adja and toddler daughter Khadja also died. Koumba Diol, who is Djibril's sister and his niece Hawa were also killed, according to family members – the Medical Examiner's Office confirmed the identities on Aug. 12.

A Gofundme page for the family described Djibril, who is was an immigrant from Senegal, as a "young man with a promising future in Civil Engineering." 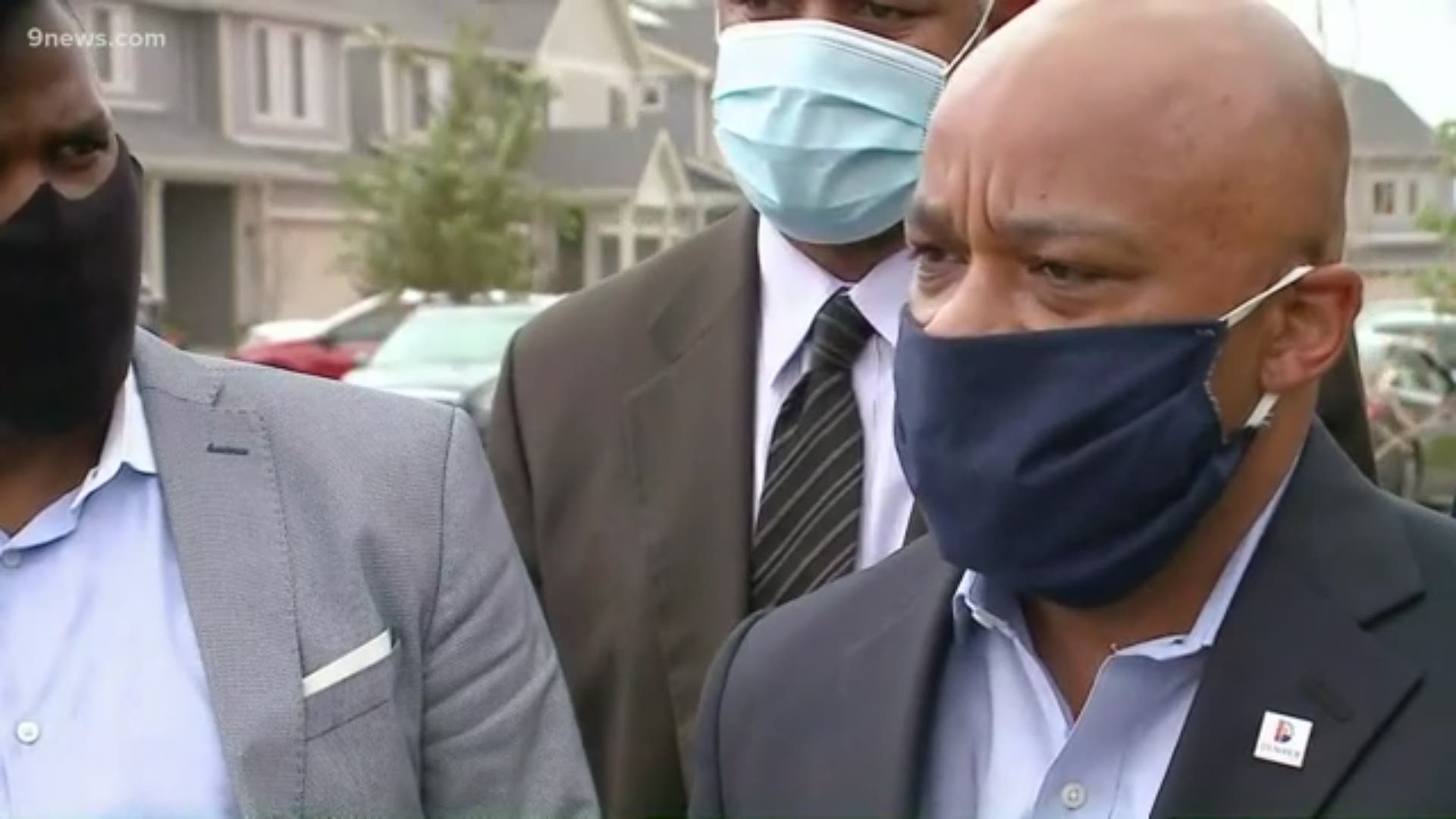 "The family needs help," Hancock said, adding that they need funds to take the remains back to Senegal.

Hancock personally asked people to donate to the Gofundme page.

"This is a tragedy," Hancock said. "We want to stand arm-in-arm with them. In Denver, everyone is welcome. This community stands with them."

Diol worked for Kiewit and had been working on the Central 70 Project.

"We are deeply saddened by the tragic deaths of Jibby Diol and his family. He was a valued member of our Kiewit team and will be greatly missed. Our thoughts and prayers are with his family and friends during this extremely difficult time," the company said in a statement.

A company spokesperson also said they were considering stickers on their hard hats to honor Djibril, whom coworkers referred to as "Jibby". The spokesperson said they hope to work with the Colorado Department of Transportation (CDOT) to possibly erect a memorial plaque in his honor somewhere near the construction project.

Arson is being investigated as a possible cause of the fire that killed Djibril and his family. The fire began shortly after 3 a.m. Wednesday at the home in the 5300 block of North Truckee Street, which is near the intersection of Peña Boulevard and East 56th Avenue.

"Because people did die in this fire, and we have indications through some evidence that it was arson, it will be investigated as a joint investigation with the fire department as a homicide," Denver Police Division Chief Joe Montoya said. 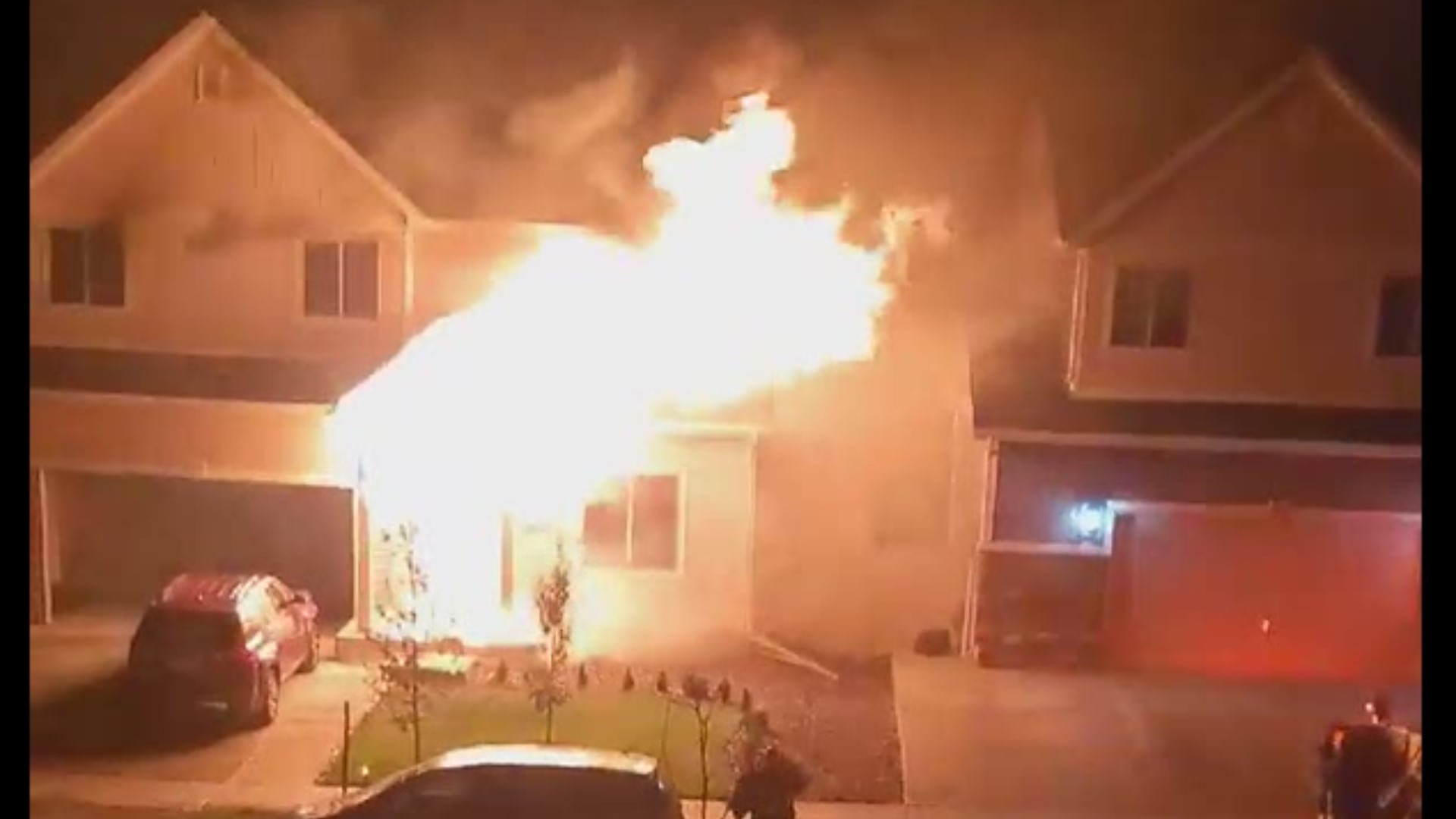 He would not go into details about that evidence. DFD spokesperson Greg Pixley said a 911 call that came later than expected for such a large fire could be a sign of something amiss.

Hancock addressed questions of whether the arson would be investigated as a hate crime, saying that he would support DPD.

"We have to find — trace — where the evidence takes us, and then we'll make that determination," Hancock said.

"We have faith in this reassurance and in Hancock for committing your office to making sure this is case is looked into and those who are responsible...are brought to justice," Ndao added.

When firefighters responded to the home they found a "heavily-involved fire," according to a tweet from DFD. 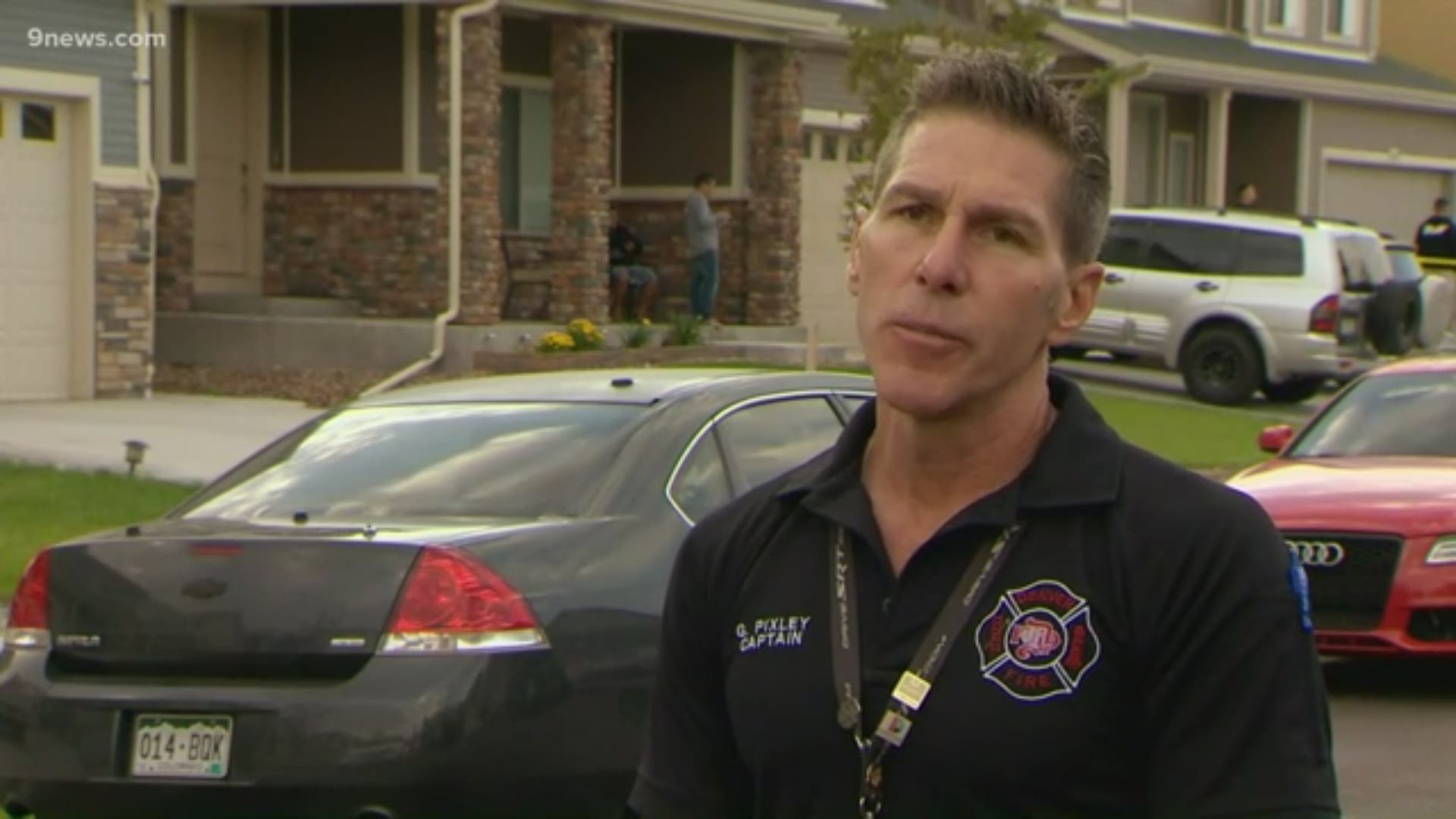 Denver police officers were first to arrive at the home after an officer spotted smoke and alerted the fire department. Those officers attempted to rescue people still trapped inside, but were "pushed back" by the heat of the fire, according to DFD.

"There was a valiant effort to pull people from the home, but they were unable to save some of the people that perished in this fire," Montoya said.

Three other people who were also inside the home jumped to safety before firefighters arrived.

"Those three individuals jumped from the second story to remove themselves from the effects of the fire," said Pixley.

He did not know their conditions, but said he didn't believe they had any significant injuries.

The incident shook the entire community.

"As you can see there is a lot of emotion but the reaction of his brother, Moussa and the entire community – we are heartbroken. We cannot believe an entire family would be gone in a matter of minutes," said one man as he stood next to family members who stood with their heads bowed.

The fire burned so hot that two neighboring homes were also damaged.

"The devastation to the home is significant," Pixley said. "The two adjoining structures had a tremendous amount of effect from the fire."

He said despite the devastating nature of the fire, it would have been worse if firefighters hadn't been able to keep the fire from spreading to additional homes.

"The efforts of the fire department were to reduce that fire keep it to that one location, not have any more individuals injured or any larger fire," he said.

DFD said they're not sure if the home had smoke detectors. 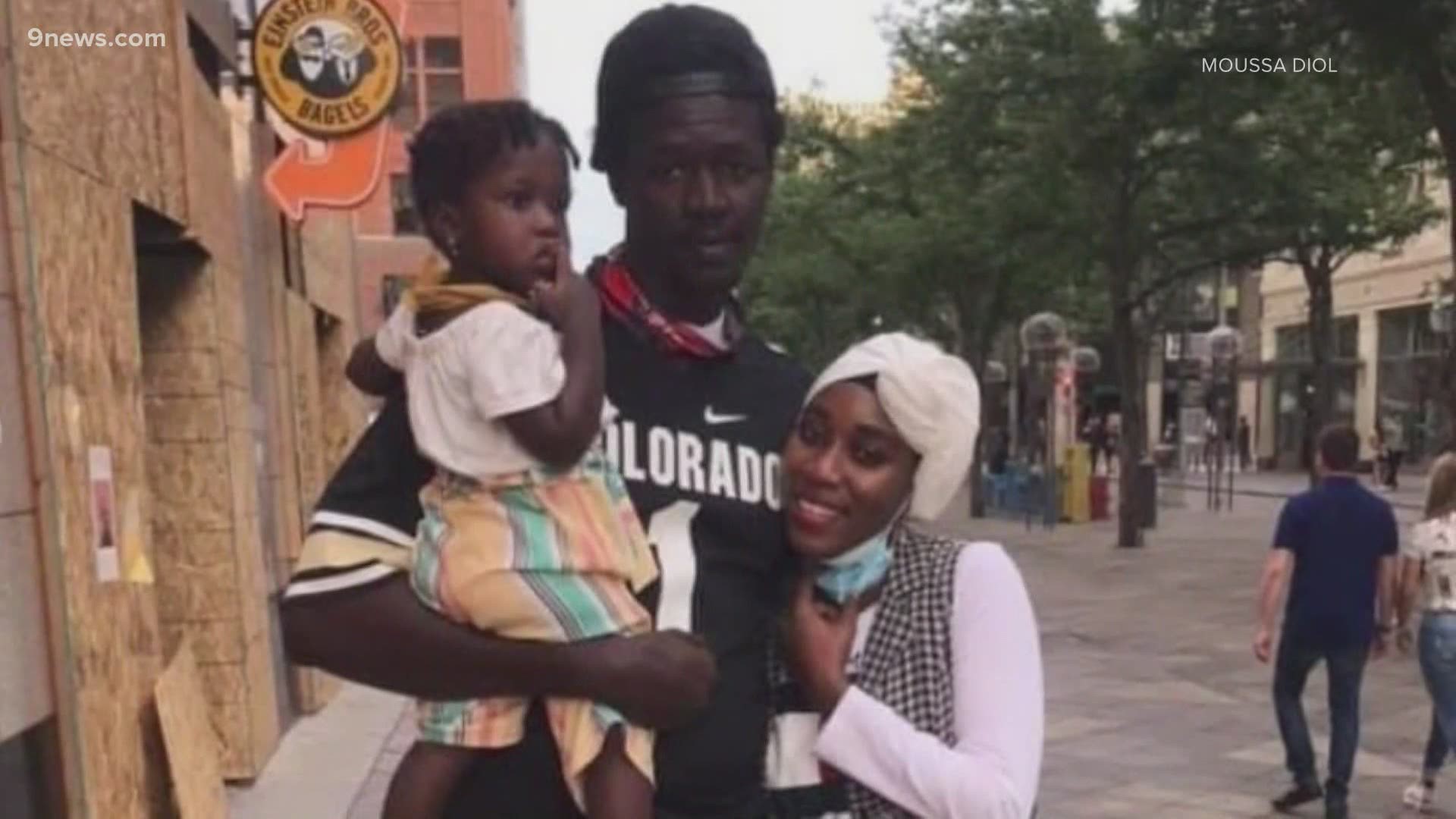 Pixley said investigators were expected to remain at the scene until at lerast Thursday morning as they try to narrow down what caused the blaze. He encouraged anyone with Ring video or who saw something suspicious to call police.

“Our hearts and prayers go out to the family and the neighbors that were impacted by this loss," Pixley said.