A professor at Washington University Law School said the conditions may violate the U.S. Constitution. 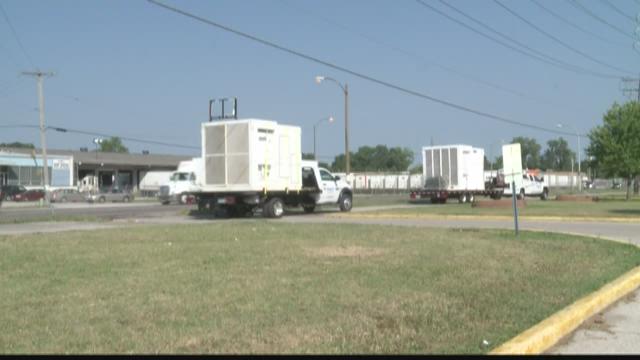 As the city delivers massive air conditioners to the St. Louis Workhouse, one man who spent last week's wave of heat there says it's too little too late for him. He said heat isn't the only problem.

Rockney Colyer was pulled over by highway patrol and ended up in the klink because of a warrant that was four years old, alleging he accepted stolen property when he cashed unemployment checks.

“As soon as you come in it's like heat wave,” Colyer said.

Colyer spent a week long heat wave waiting to post bond in the workhouse. Blistering temperatures he said rose to levels above 100 degrees. But that wasn’t the only problem.

"I felt bad it was horrible," Colyer said. "You've got the roaches you're dealing with along with the heat."

Roaches, he said, crawled all over the sinks and floors. And if that wasn’t enough he said rodents showed up at night.

Colyer’s allegations underscore those of State Representative Josh Peters who toured the workhouse. He told Five On Your Side the conditions border on cruel and unusual punishment.

“There have been cases where rodent infestations have been the basis of cruel and unusual punishment so it's credible off the bat,” said Greg Margarian, a professor at Washington University Law School.

Margarian teaches constitutional law and said the legal argument that the workhouse violates the U.S. Constitution is made stronger because the conditions affect people waiting to make bail.

“The fact is that we're talking about conditions that might support a cruel and unusual punishment claim in a maximum-security prison," Margarian said. "I think it's only more sympathetic when you're looking at residents and inmates who actually haven't been convicted of crimes yet.”

Margarian went on to explain that the city’s acts or lack of responsiveness will most likely factor into any analysis of a constitutional violation.

We asked the City of St. Louis to respond to the allegations of rodent and roach infestation and have not yet received a response.