Colorado Parks and Wildlife say a child was attacked by a mountain lion Friday night in Pitkin County. 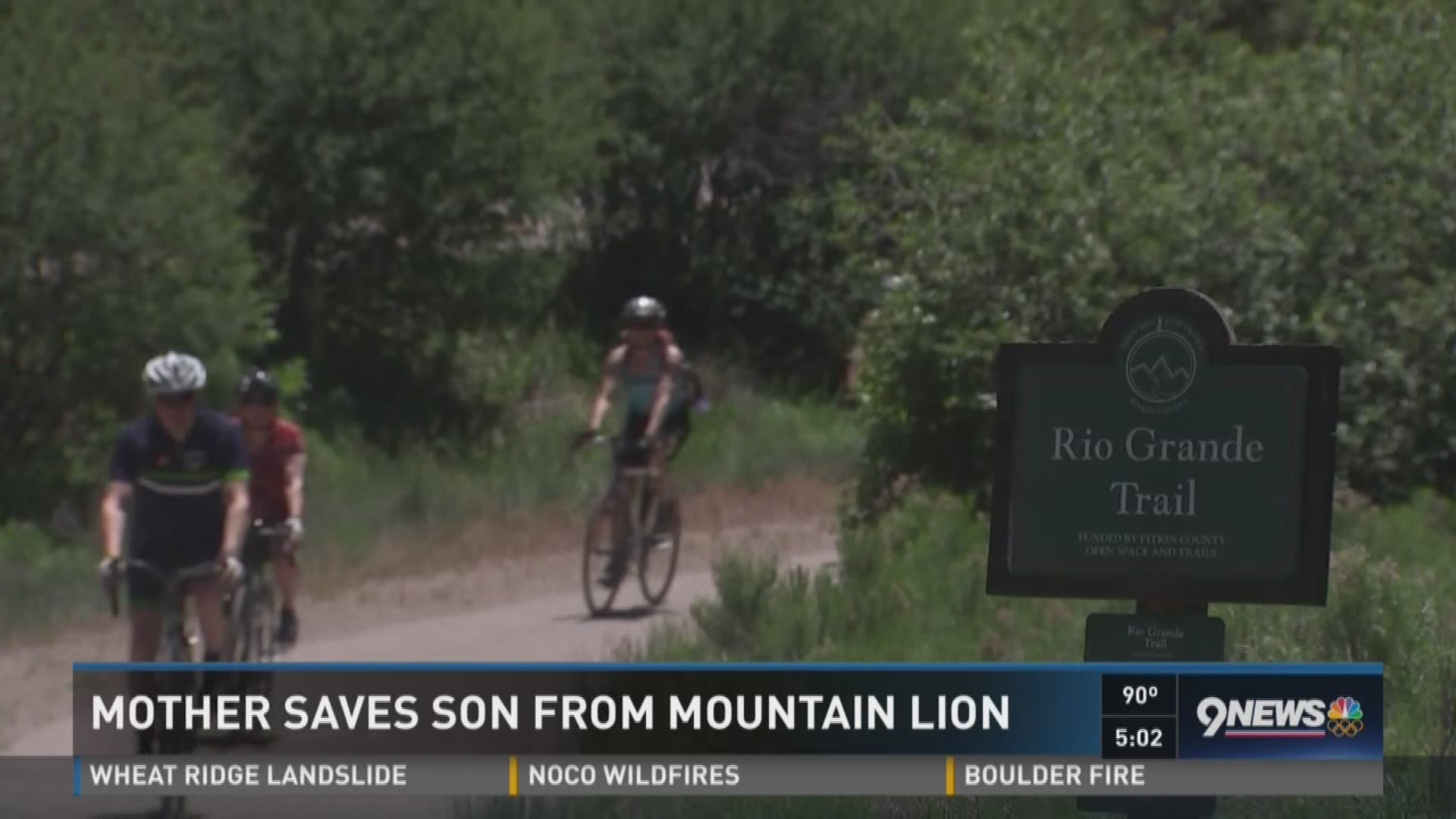 A 5-year-old boy was attacked by a mountain lion at around 8 p.m. Friday.

The attack happened in the family's yard at their home near Lower River Road in the community of Lower Woody Creek about 10 miles northwest of Aspen.

The boy suffered injuries to his head, neck and face, according to the Pitkin County Sheriff's Office.

A news release said the boy and his older brother were outside their home playing in the yard. The boys' mother was inside the home and heard her son start screaming.

The mother ran outside and saw the mountain lion on top of her child. She then fought off the lion and pulled her son out of its grip.

“If that animal engages, not just a lion, but a bear, you want to fight," said Matt Robbins with Colorado Parks and Wildlife. "You want to put up a resistance and you want that animal to know that you’re not an easy prey. From what I understand from reports, she did absolutely the right thing.”

Deputies said the mother sustained minor injuries to her hand and legs.

The boy's father drove the child to Aspen Valley Hospital for treatment.

Parks and Wildlife officials are still investigating the incident, and a necropsy will be performed on the lions suspected in the attack to see if they were involved.

Officers also looking for a second mountain lion that had been spotted in the area by witnesses earlier Friday. They found the mountain lion about 600 yards away from the attack site around 2 a.m. and euthanized it.

“We’ll be doing a DNA tech. We’ll be checking not only the saliva of the animal, but also checking within the claws and the mouth and the fur of the animal to see if any those correlate with what was found on the victim,” said Robbins.

The boy was brought to Children's Hospital via helicopter in fair condition, according to Aspen Valley Hospital.

The last known lion attack on a human in Colorado occurred in July 2015 when a young lion attacked a man as he fished along the Coffee Pot Road north of Dotsero. The man was scratched and bitten on his back and was treated and released from a local clinic. The lion in that incident, a small yearling male, was tracked down and killed.

There have been three fatal mountain lion attacks and 18 people injured since 1990.

CPW officials have cautioned the public that lion sightings are increasing across Colorado, likely due to a growing human population encroaching on lion habitat in conjunction with a robust lion population in the state.

Colorado Parks and Wildlife offers extensive information on its website. If you live in lion country, keep the following tips in mind: