Volunteers with Denver Homeless Out Loud took to the streets July 17 and attempted to count every single tent in the city. 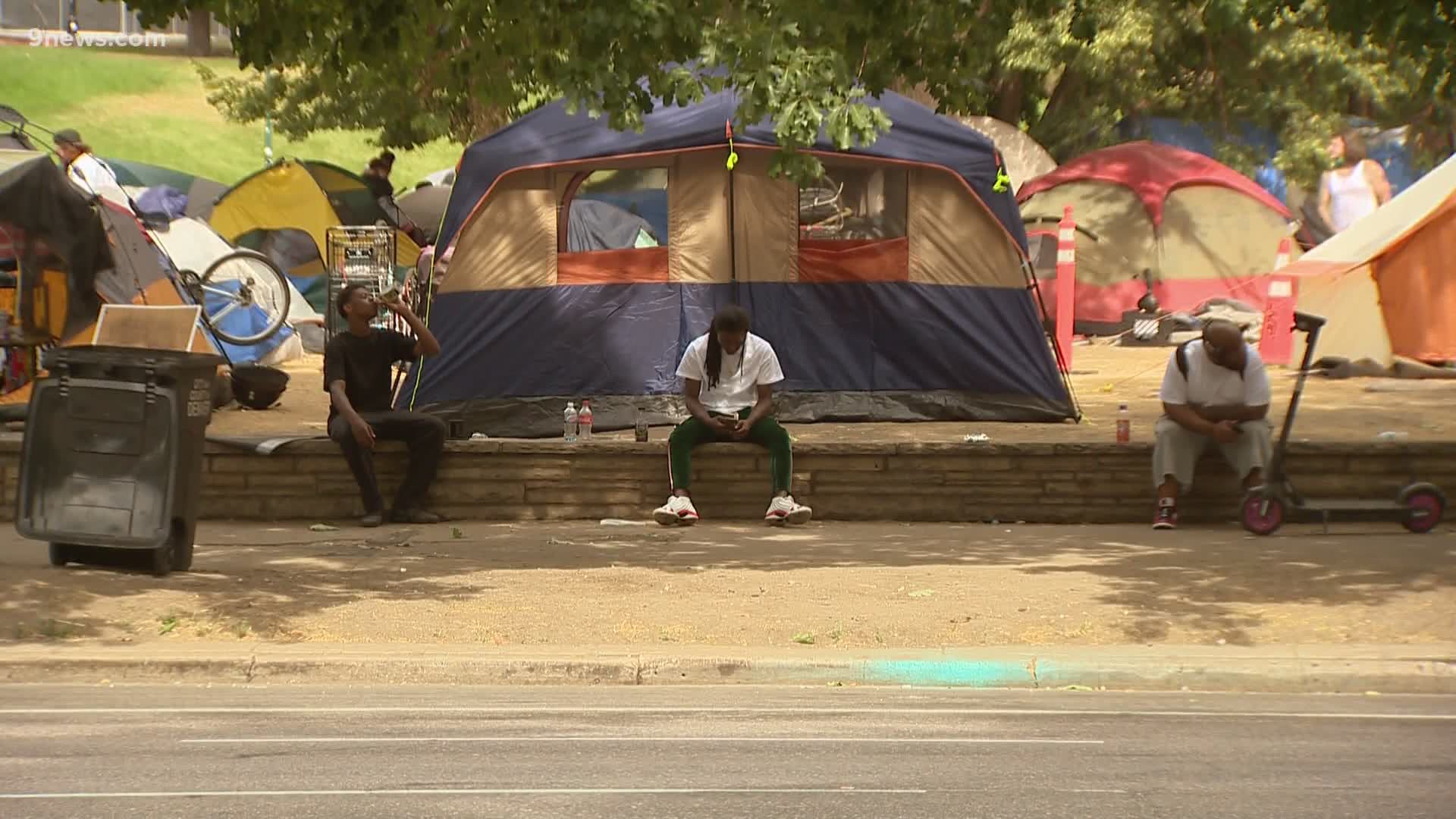 DENVER — Anyone who drives by the Capitol can see a community in crisis.

For months, tents have filled the grounds of Lincoln Park just east of the building.

Howard can put numbers to the problem. On July 17, volunteers with the organization attempted for the first time to count every single tent from known encampments in the city.

“We hit the streets to do a tent count," Howard said. “From 30 different encampments across Denver, we counted 664 tents.”

Howard said 17 volunteers spread out across the city. They counted 154 tents at Lincoln Park and 80 tents at the encampment by Morey Middle School.

“It’s not taken to be a comprehensive count, but it is one that shows a picture of just how massive our homelessness crisis is right now in Denver," Howard said.

A spokesperson for the Denver Dept. of Public Health and Environment (DDPHE) could not verify the count from Denver Homeless Out Loud, but acknowledged an increase in the number of unsheltered people living on the streets.

On Jan. 27, the Metro Denver Homeless Initiative counted 996 people living without shelter in Denver during the annual Point-in-Time Count. Howard estimates the current number to be much higher.

On Tuesday, DDPHE confirmed the city was moving forward with plans for three potential safe outdoor spaces for the homeless in Denver. The parking lot at the Denver Coliseum is the first choice for a temporary campsite that could house up to 60 people.

A spokesperson said the department was working to set up the site at the Coliseum as quickly as possible.

“When we have this conversation about these safe outdoor sites, we have to be having that conversation in the context of the real numbers of how many folks are outside right now," she said.

Howard said she'd like to see safe outdoor spaces in all 11 council districts along with plans for permanent housing for those living in crisis on the streets.

“We really have to be real about our numbers here," she said.