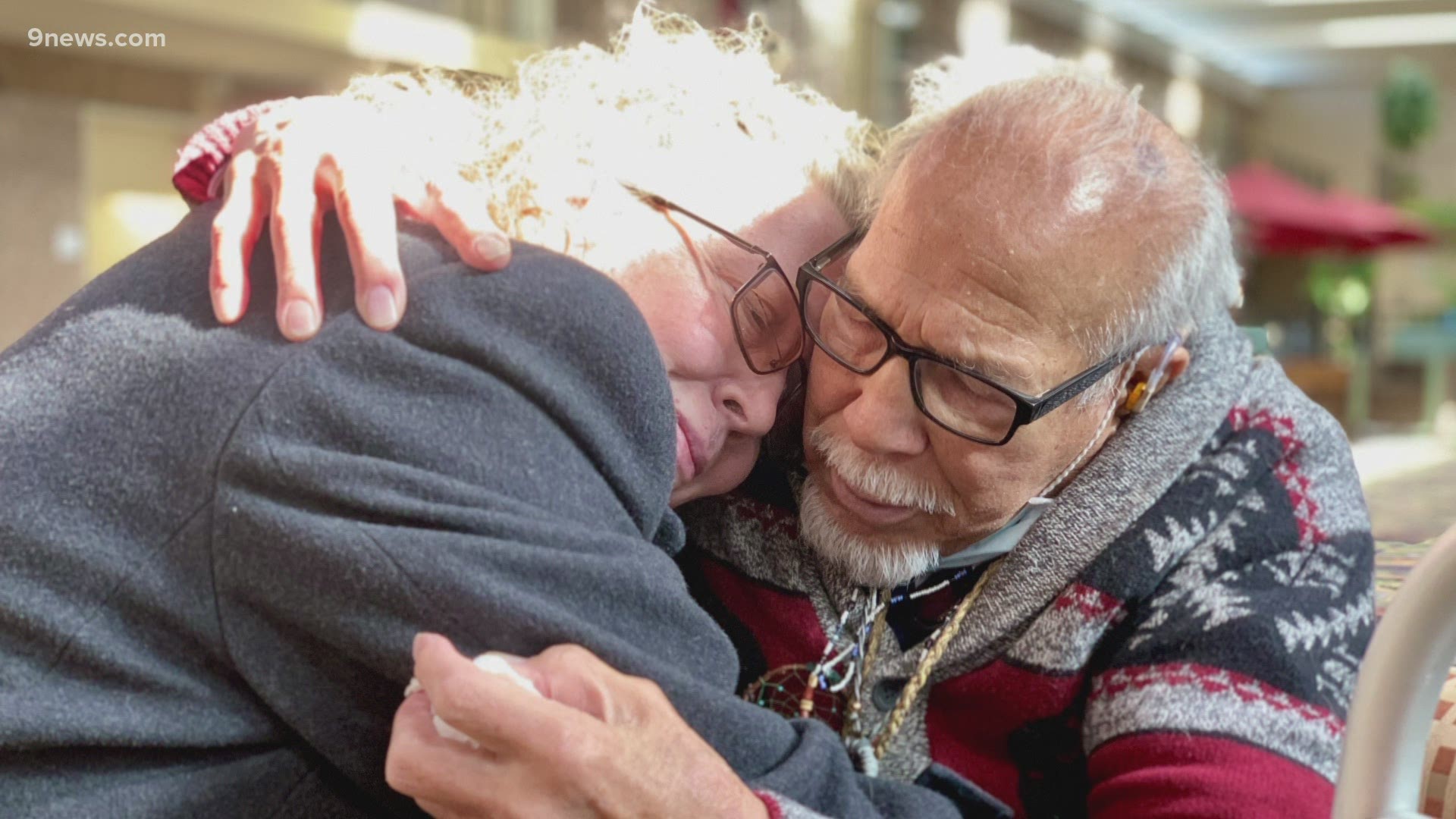 STERLING, Colo. — For much of the pandemic, COVID-19 has spread with a vengeance inside prisons and jails across Colorado. The worst outbreak is at the Sterling Correctional Facility where more than 1,400 inmates have tested positive for the virus since April.

There's one less inmate inside Sterling this week after 84-year-old Anthony Martinez was released.

Martinez suffers from dementia and uses a wheelchair to get around. Last month, Governor Jared Polis announced he would grant a him commutation of his sentence.

He was sentenced to life in prison with the possibility of parole in 1989 for second degree burglary. Prior convictions contributed to the lengthy sentence. Three decades later, the governor said he wanted Martinez to be able to live his final years with his niece. They met for the first time when he was released Friday morning.

The Sterling Correctional Facility is home to the worst COVID-19 outbreak in the state. 1,431 inmates have tested positive for the virus since last April and nine have died.

Martinez was one of the lucky ones who didn’t get sick.

"Oh that’s a bad situation. The environment with the sickness that people were going through. It was bad. It was very bad," Martinez said. "They were dying. People were dying, from one day to the next."

Of all the active COVID-19 outbreaks in the state, the 14 largest are inside prisons and jails. More than 9,000 inmates across Colorado have tested positive.

The Department of Corrections has begun vaccinating inmates. Martinez’s family tells 9NEWS he did not get one because he was about to be released.

RELATED: CDC study suggests inmates should have been tested en masse for COVID-19