A bull from a nearby ranch is coming and going at a popular Jeffco Open Space, probably in pursuit of good grazing options. 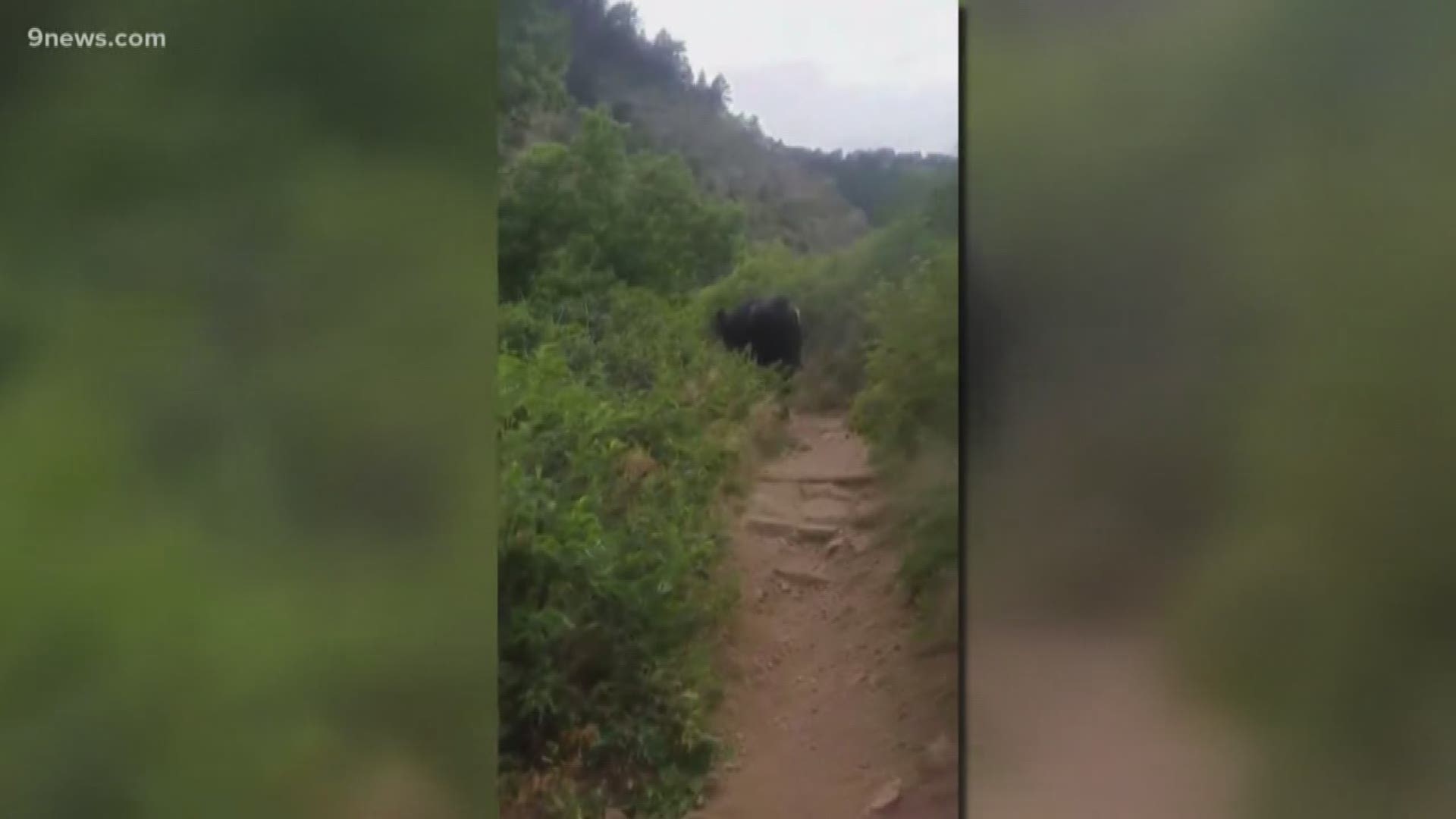 “The day I was out looking for it, I had that thought to myself ‘if I do see it, what am I going to do?’” she said. “As rangers, we’re trained in a lot of things, but cattle rustling isn’t one of them.”

Perhaps this quote needs some context.

Two Sundays ago, Bonnell was on patrol at White Ranch Park when she got calls and emails about a bull that had been sighted at the popular Apex Park off West Colfax Avenue in Golden.

Since then, the bull has been sighted twice  -- including over the weekend by a trail user who recorded a video where he was clearly astonished by his wildlife encounter.

In Colorado, it’s perfectly legal for ranchers to let their cattle wander. That means, if you don’t want cows grazing on your property, it’s your responsibility to keep the livestock out.

Jeffco does have a fence around Apex and this is where the plot thickens.

Bonnell said the rancher who owns the bull told rangers he was there for roll call. This indicates he’s been coming and going from the park as he pleases … and probably in pursuit of a good snack.

“This bull is a clever bull and again, I’ve got to give him props, I’m sure grazing options are wonderful at Apex,” Bonnell said.

Bonnell said crews are trying to figure out if the fence is broken. Another possibility is, because Jeffco has wildlife-friendly fences in the area, the bull has figured out how to squeeze inside. In the future, the park could add barbed wire to the areas where the animal has managed to get inside.

While rangers try to figure out how to keep this hungry bull out of Apex, Bonnell said trail users should be on the lookout. Since mountain bikers, runners and hikers should be aware of their surroundings/prepared to stop anyway, the animal doesn’t necessarily require new protocol.

And if you happen to see the bull, contact Jeffco Open Space – especially if you have information about where he hangs out.

“We need to redo the pyramid, and you know how it has horses at the top, and it has everyone yields to horses and bikers yield to everyone?” Bonnell said. “We need to put ‘above all, yield to the bull.’”