A Colorado farmer's perspective on working through a pandemic

Kyle McConnell is a fourth-generation farmer. He said revenue is down across the board, but he hasn't lost optimism for the future. 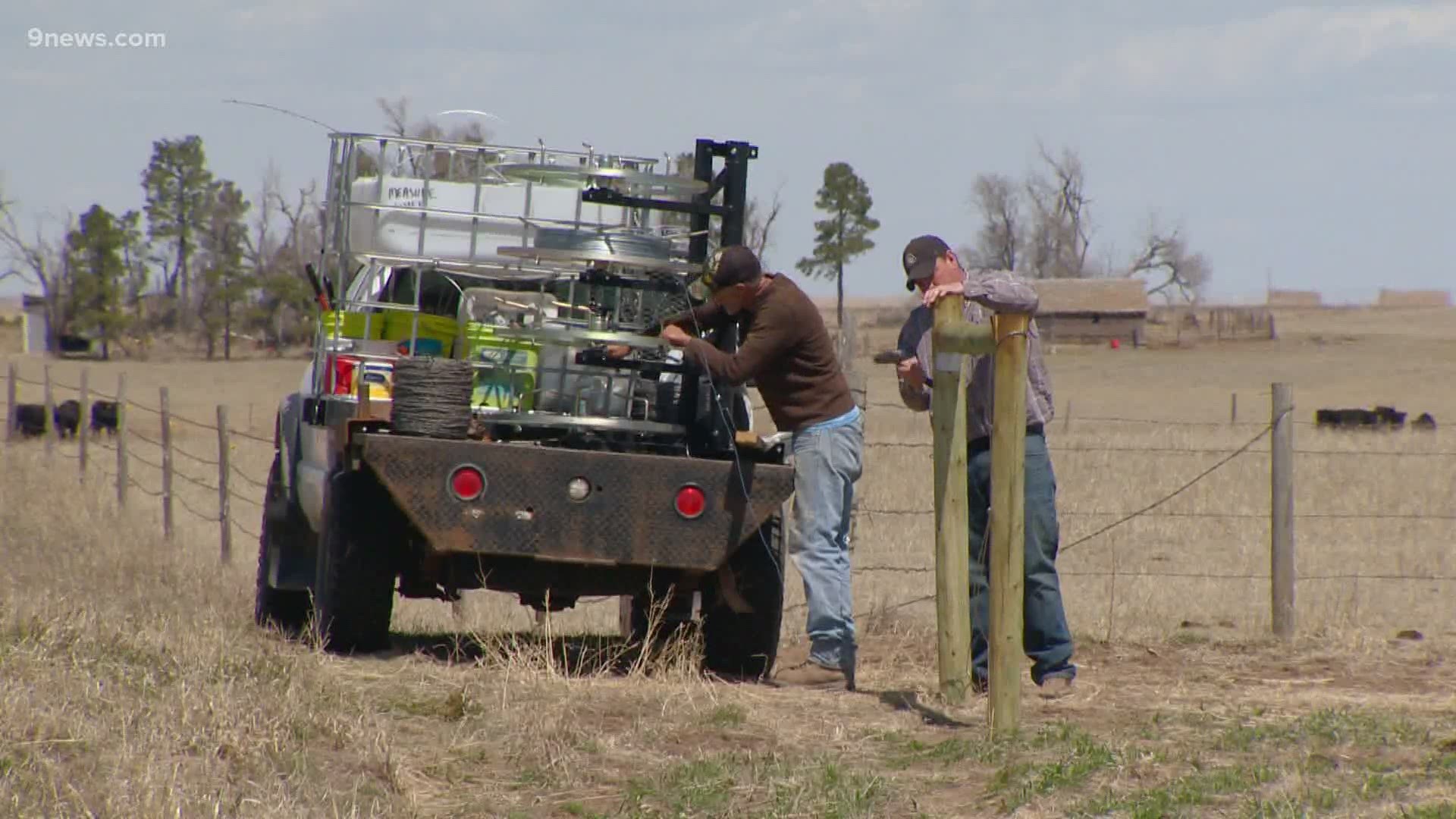 HAXTUN, Colo. — Long before we tried to make the curve flat like the plains, work was remote and social distancing was a way of life for Kyle McConnell.

“We’re pretty good at it. We’ve been practicing for years," McConnell laughed.

The farmer and rancher sat against a trough on his property in Haxtun, a small town in northeastern Colorado.

“We’re at home for us," he said as his cows fed from the trough.

McConnell's family has taken care of the land since the late 1800s.

“You think about how it used to be, what the landscape used to look like, what they had to deal with," McConnell said.

Today, the McConnell's rely on corn and wheat, selling seed and caring for cows.

RELATED: Coronavirus is 'a very real issue' for U.S. farming, but its direct impact may vary

“Well, if we didn’t love it, we wouldn’t do it. That’s for sure," McConnell said.

He said his family plans for ups and downs and it's often dependent on the weather.

But not even a farmer prepared for a pandemic.

On Thursday, the price for a bushel of corn was $3.18. McConnell said it's hard to justify planting when prices are so low.

“Look at the conveniences that we have at our disposal now versus then. I’d much rather do it now," he said. "This is nothing in comparison to what they went through.”

McConnell relayed a story he'd heard his grandfather tell about life during the Dust Bowl of the 1930s.

"It was so dark out here that this whole area was covered and that they couldn’t see anything and people would be taking shovel-fulls of dirt and throwing it out the door," he said.

His family survived the Great Depression and McConnell said he is confident his family will make it through COVID-19.

The pandemic won't keep McConnell from passing on his way of life to generations that follow.

As he did before the pandemic, McConnell said he will keep working from home to make a living.

“This is what we get to wake up to every day," McConnell said.