A Holocaust survivor's powerful reminder why you should never forget

"Since age six, I lived with fear in my life for a long time," said Osi Sladek who now lives in Denver. "As people were taken away, we were more and more worried about the fact that one of these days we're going to be picked up and sent to a concentration camp." 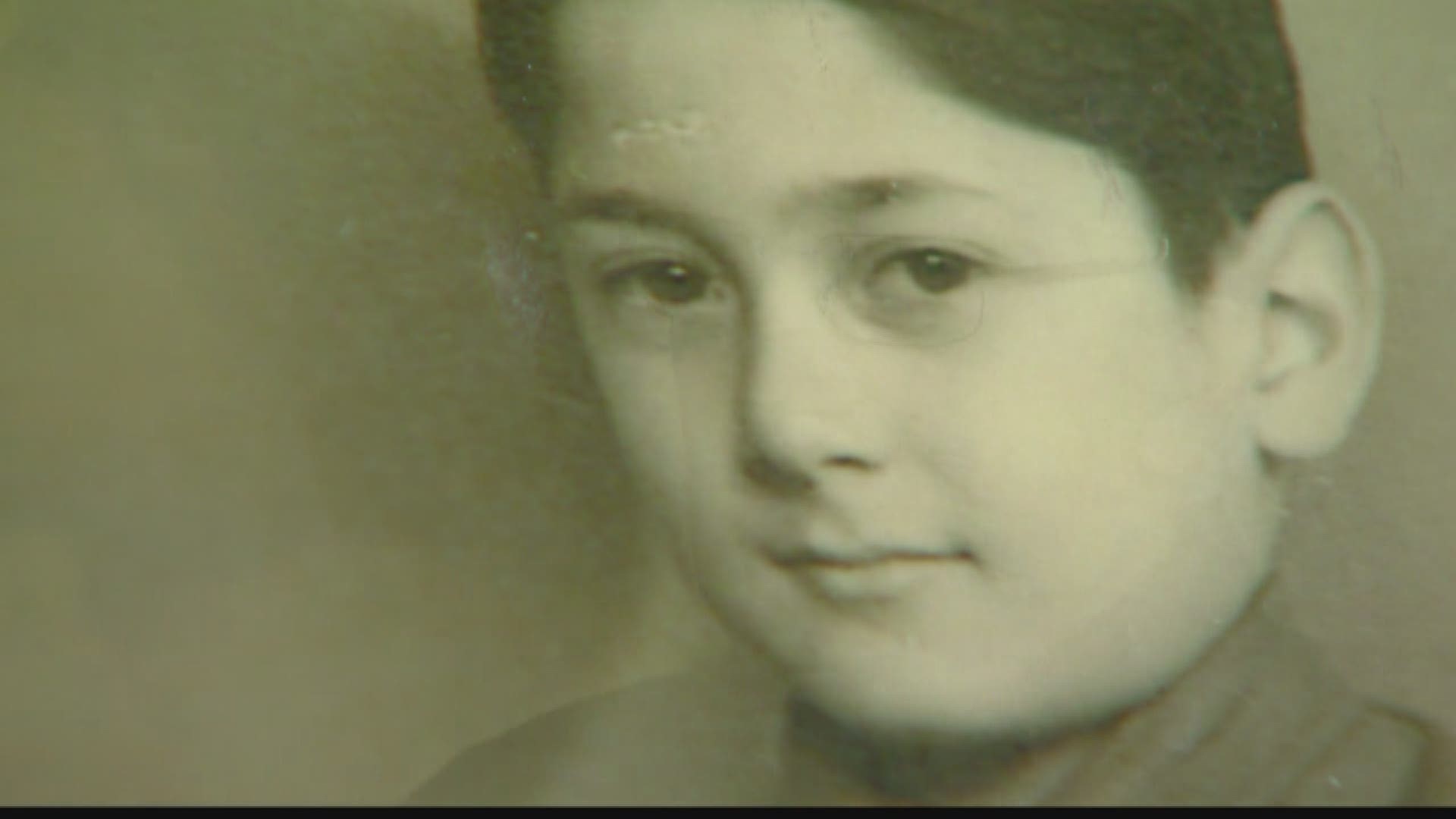 KUSA — There is a candle burning in the dining room at Osi Sladek’s home in Denver.

“To remember the six million,” he said, referring to the millions of Jews killed in the Holocaust.

“And within the six million, 1.5 million were children under the age of 12,” Sladek continued. “I fell into this category. If I would have been caught by the Nazis, I wouldn’t have been here talking to you.”

Sladek’s has a mind full of memories from the Holocaust.

He was just a child when it started, living with his Jewish family in Slovakia.

“Since age six, I lived with fear in my life for a long time,” he said. “As people were taken away, we were more and more worried about the fact that one of these days we're going to be picked up and sent to a concentration camp.”

When Sladek was only eight years old, his parents sent him to stay with relatives in Hungary. He remembers a smuggler sneaking him across the border, where he was met by police who questioned him for hours. He was eventually released to his family, and stayed in Hungary for about a year before returning home.

But soon, the whole family fled. Sladek and his parents hid with other Jews in the Tatra Mountains. They spent the cold winter months first in a cabin, until Nazis found the building. Then later, the family hid in a cave.

“There were a few very, very close calls,” he said.

Sladek and his family survived the Holocaust, but learned many of their family members did not.

“Unfortunately, half of my family died. All of my cousins I had,” he said, adding – several childhood friends were killed, too.

As a young man, Sladek moved to the U.S. -- where he met a woman from Colorado. They got married and started a family. He says he never talked about the Holocaust back then. It wasn’t until he was 40 years old and saw a movie with his son about the Holocaust.

“I came out of the movie and I was sobbing," he said. "It just touched me so strongly."

Sladek began sharing his story with others. He is involved in education programs at the Mizel Museum in Denver.

“The tricky thing with history is, history never repeats itself. It repeats, but it repeats in different forms,” he said.

A study, released this week by the Conference on Jewish Material Claims Against Germany shows many people don’t have detailed knowledge about the Holocaust.

Sladek said he isn’t surprised that people are forgetting the Holocaust. Especially for the younger audiences, he tries to offer more than just a history lesson when he shares his personal story.

“They don’t know how real life is, and they need to find out. Because someday they’ll have to face some real serious situations,” he said, hoping to offer some inspiration, too.

“We are not all good, and not all bad – we are a combination. This is how humans are built,” he said. “It’s up to you, while you are young, to think about what kind of person you want to be when you grow up. You can choose.”

The Mizel Museum is offering several “Eyewitness to History” programs throughout the next few weeks. The museum is also opening a Holocaust exhibit later this month.