A lot of new things are ‘sandwiches' in Colorado

Everything you know about sandwiches is wrong, at least according to new state regulations in Colorado. 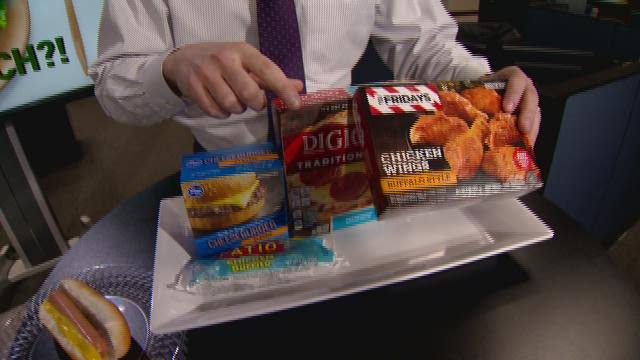 Everything you know about sandwiches is wrong, at least according to new state regulations in Colorado.

In defiance of common English… chicken wings, frozen pizza, and burritos are now all officially considered “sandwiches” by Colorado law.

Why? State law requires some kinds of bars to serve “light snacks” and “sandwiches” in order to serve alcohol.

But what is a sandwich, really? The state legislature didn’t spell out a definition in the law. And that left room for debate.

State revenue department spokeswoman Meghan Tanis told 9NEWS that bar owners “would often question what was considered a sandwich or a light snack” and they wanted something more specific in writing.

So state regulators took the liberty of helping bars out… by including a bunch of items that don’t require them to put meat or cheese between slices of bread.

Here’s the new legally binding definition of “sandwiches” in all of its counterintuitive glory:

“SANDWICHES” AS USED IN ARTICLES 47 AND 48 OF TITLE 12, C.R.S. ARE DEFINED AS SINGLE SERVING ITEMS SUCH AS HAMBURGERS, HOT DOGS, FROZEN PIZZAS, BURRITOS, CHICKEN WINGS, ETC.

We aren’t liquor license attorneys, but this definition seems to leave enough wiggle room to consider all kinds of new things to be sandwiches.

Beware: this abandonment of the plain English meaning of “sandwiches” only applies to Colorado liquor law. It was part of the same update to the rules that made news recently for banning the use of marijuana in bars.

If you’re planning a lunch or something, best to stick to something closer to the dictionary definition.

While you contemplate your newfound appreciation for the power of state regulators, here’s what Merriam-Webster says a sandwich is:

a : two or more slices of bread or a split roll having a filling in between

b : one slice of bread covered with food