Some companies said they're getting more than 100 calls per day, leading to waits in wait times. 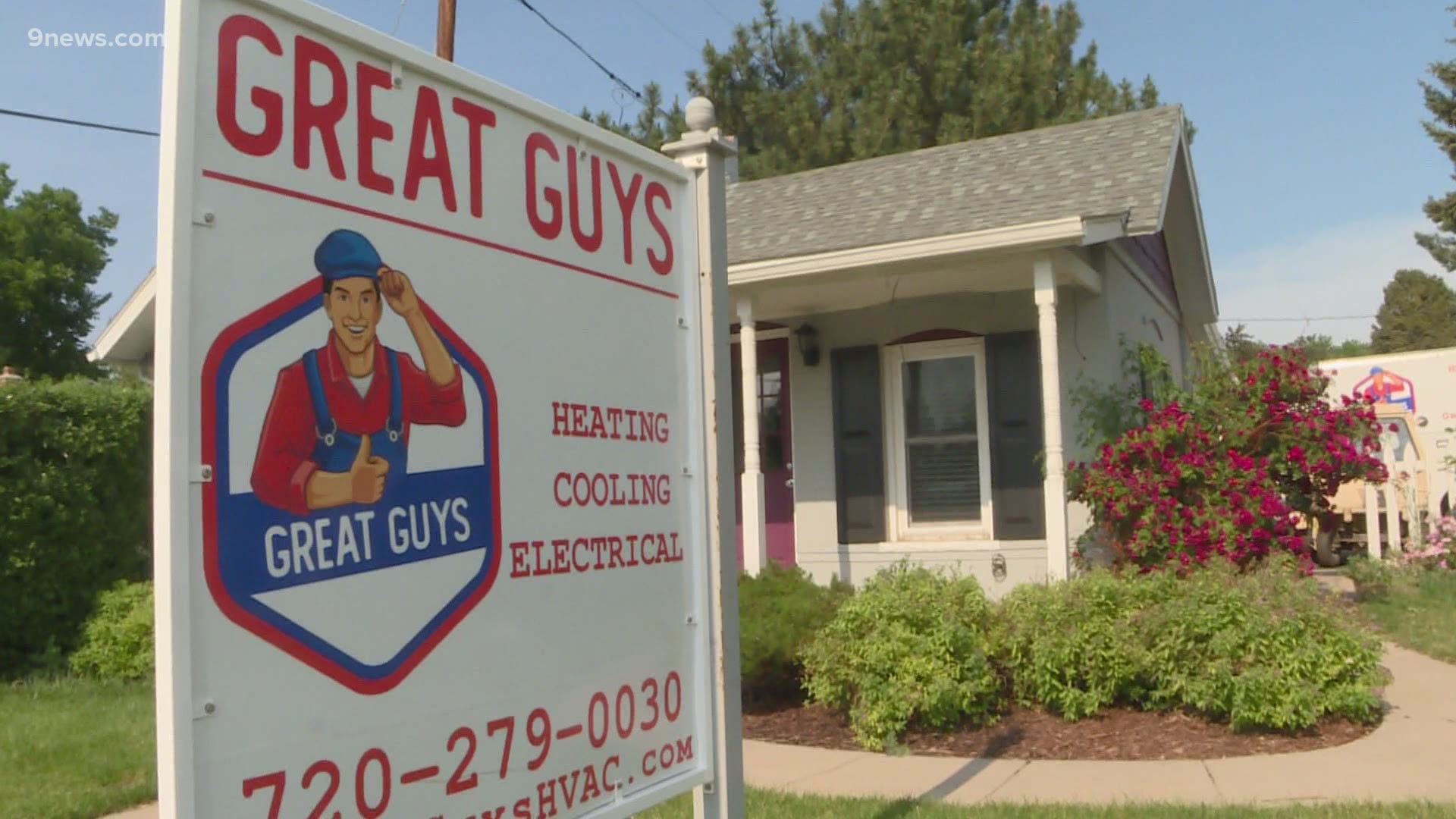 LITTLETON, Colo. — The phones are ringing more often at several HVAC maintenance companies in the Denver metro area and beyond as more people are requesting their air conditioning units be inspected or fixed.

For several companies, it's some of the most calls they've seen in a short time span.

"This has been the craziest two weeks since I've started my company," said Jason Stenseth, the owner of Rox Heating and Air. "Actually, on Monday ... our office fielded 242 calls."

Not far from them is Great Guys Heating, Cooling and Electric, who have also seen an influx in calls.

"Both of our receptionists are trying to filter through roughly 100 to 120 calls a day," said CEO Marcus Fauth. "On average, we book about 25 to 40 of those calls. Unfortunately, that pushes out the length of time that it takes for us to be able to service customers."

The heat plays a role

Among other things, both companies agree the sudden hot temperatures have played a role in the higher demand.

"We're not used to these particular types of temperatures this early in the season for sure," Fauth said.

Additionally, he said people may not have had their air conditioning units inspected in time before the hot temperatures kicked in.

"I'll generally kind of use the 'snow tires in the winter' analogy," Fauth said. "A lot of people don't get their tires checked in the winter for the snow until it snows. So this is a situation due to lack of preventative maintenance or just being ahead of the ahead of the demand to have your systems checked out prior to the actual demand to ensure that the system does work."

Stenseth with Rox Heating and Air, made similar observations.

"...it was such a mild spring that we weren't really ready for the 90 degree heat," Stenseth said. "Then as soon as the 90 degree heat came, it was immediate. So systems were turning on right away where normally they'd maybe have an 80 degree day to kind of kick on and see where they went.

"Also, maintenance ... people weren't really on maintenance this year for their systems because it was cold [in the spring]."

When it comes to the supply chain side of things for parts, both companies agree that their manufacturers have been able to keep up with demand, but also recognize that it varies throughout the industry.

However, both companies are hiring at the moment, in part due to the rising demand.

"We are definitely hiring. I could hire two or three more guys and have them starting working tomorrow," Stenseth said.

Overall, both companies agree that it's best to get your air conditioning unit checked sooner rather than later when the hot temperatures hit.

"...March through through about May is a good time to start," Fauth said.

He also recommends building a relationship with contractors, and inquiring whether there's a type of annual membership service that is provided so an inspection or repair is more guaranteed.

"...I'd recommend that not even just with our particular company," he said. "If you have any type of an established relationship with an HVAC contractor, I would call them and ask them if they offer that particular type of service.

"Like I said, it's all about knowing, liking and trusting your contractors and you form a loyal relationship that way. And that's really what's going to get you preferred quality service..."

When it comes to checking on your unit, Stenseth describes what to look out for.

"The first things that you should do is if you're seeing ice on your lines, on your refrigerant lines, turn your system off and change your air filter," he said. "Let that system stay off for four to five hours, kick it back on and maybe that'll solve your problem."

Overall, he said feels customers should effort changing their air filter in their unit on a monthly basis.