ICE said the ACLU's allegations are not substantiated by the numerous inspections that have found the facility is compliant with federal law. 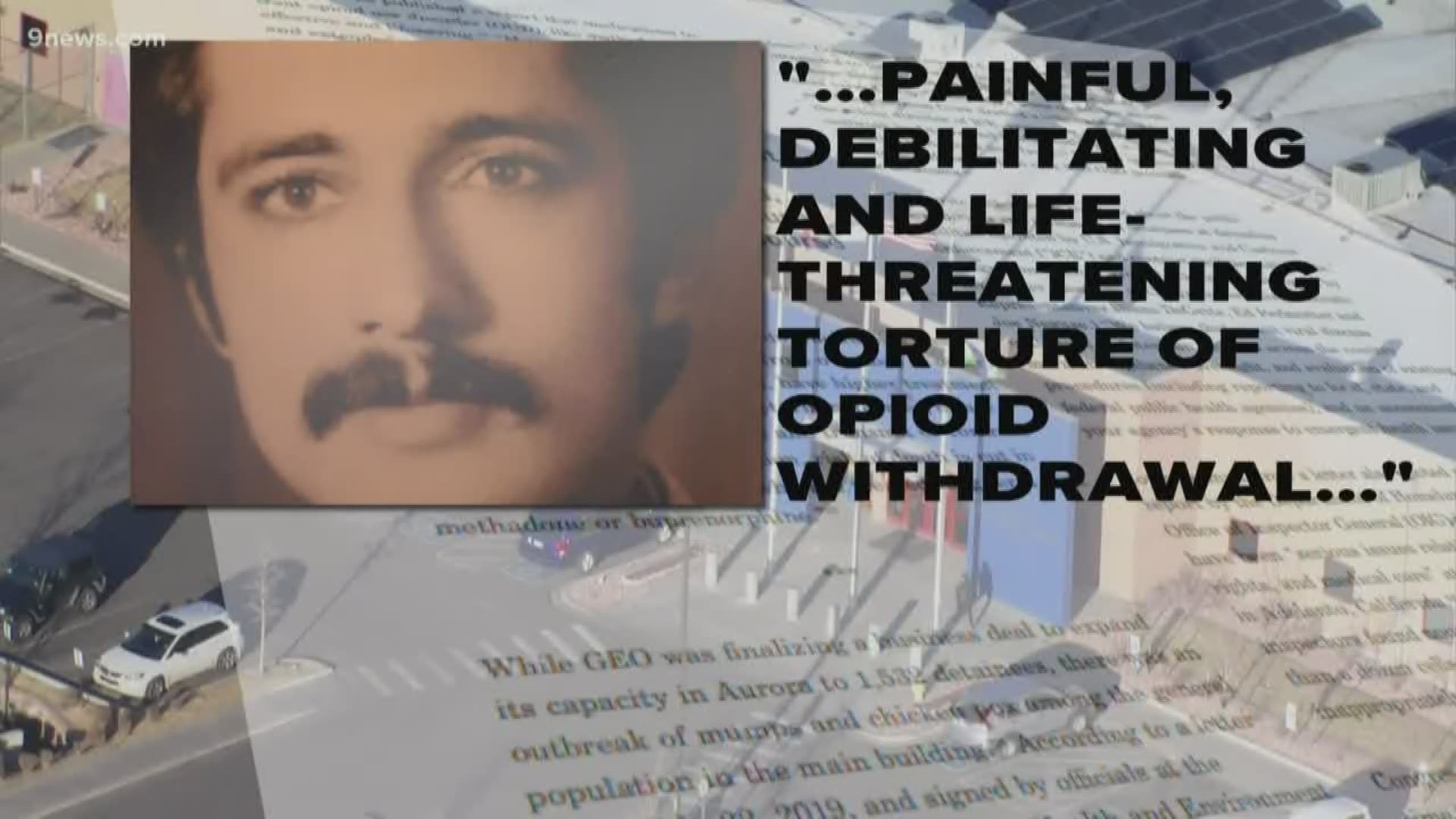 AURORA, Colo. — A new report released by the American Civil Liberties Union Wednesday documents what the organization calls medical neglect and abuse that has led to at least two deaths at the ICE detention facility in Aurora.

More than 1,000 people are detained at that location, which has been the site of multiple protests over recent months.

"The report documents what happens to people who are detained at the privately owned immigration detention center in Aurora run by the GEO corporation," said Mark Silverstein, legal director for the ACLU of Colorado.

"The report explains that this facility is plagued with numerous instances of abysmally deficient medical care and other violations of basic human rights and standards," he said.

"More and more and more people are being confined essentially in cages when they are not convicted of crimes, they’re not even accused of a crime, they simply have court dates to appear in immigration court."

ICE said that the facility "is a humane, clean and professionally run detention center that was most-recently inspected in October by an independent third-party inspector."

"The ACLU’s allegations simply are not substantiated by numerous other inspections that have found the facility to operate fully in compliance with federal law and agency policy," ICE's statement said.

ACLU's report cited the story of Kamyar Samimi, alleging that Samimi died after he was taken off the drug methadone and not given proper treatment to curb opioid withdrawals. Methadone is a common treatment meant to help people reduce or quit their use of heroin or opiates.

Samimi's family said they weren't told until two days after his death.

"I think it’s strange that my father died on a Saturday and my family was notified on a Monday," said Neda Samimi-Gomez, Kamyar's daughter. "It doesn’t seem fair that ICE observes business hours to tell someone that their father died. ... It was a very painful moment for me and for my family."

In a statement, GEO — the corporation running the ICE facility — said a medical staff of up to 46 people provides 24/7 medical care to everyone who is detained. The company also said it struggles to fill some of the positions because of a shortage of healthcare workers.

The facility employs one full-time physician and physicians assistant, and when the doctor is unavailable, detainees needing treatment are transferred to Anschutz Medical Center, GEO said.

Samimi-Gomez said the question that remains unanswered for her is how her father could have died under the care of those doctors.

"I fear that something like this could happen again. I never want anyone to get the phone call that I did," Samimi-Gomez said. "I think there needs to be some accountability for what is going on."

The ACLU would not say if they plan to file a lawsuit in addition to releasing the report.

The full statements from GEO and from ICE are included below:

"The Aurora Contract Detention Facility (ACDF) in Aurora, Colorado, is a humane, clean and professionally run detention center that was most-recently inspected in October by an independent third-party inspector. The results of that inspection found the facility to be in compliance with all 41 areas inspected. The ACDF operates in accordance with ICE’s 2011 Performance Based National Detention Standards – the agency’s highest. The ACLU’s allegations simply are not substantiated by numerous other inspections that have found the facility to operate fully in compliance with federal law and agency policy.

Any fatality in ICE custody is tragic, and our staff takes all efforts to prevent fatalities. However, aliens enter ICE custody from countries around the world, and many have never been treated by a doctor or dentist prior to entering ICE custody. Although regrettable, fatalities in ICE custody occur at a tiny fraction of the national average for detained populations in federal or state custody. In its more than 30 years of operation, two detainee deaths have occurred at the Aurora Contract Detention Facility, while the facility has maintained custody of tens of thousands of detainees."

"While we cannot comment on the specifics of the ACLU report (that was embargoed to reporters first), we recognize that the ACLU has a political position generally against public-private partnerships. In fact, last month (Aug. 5, 2019) in response to questions about the GEO Group and CoreCivic ACLU Policy Director Denise Maes testified to to Denver City Council, “We don’t really like each other so we don’t have a good relationship.” So, it’s not surprising its report would only confirm their political position."