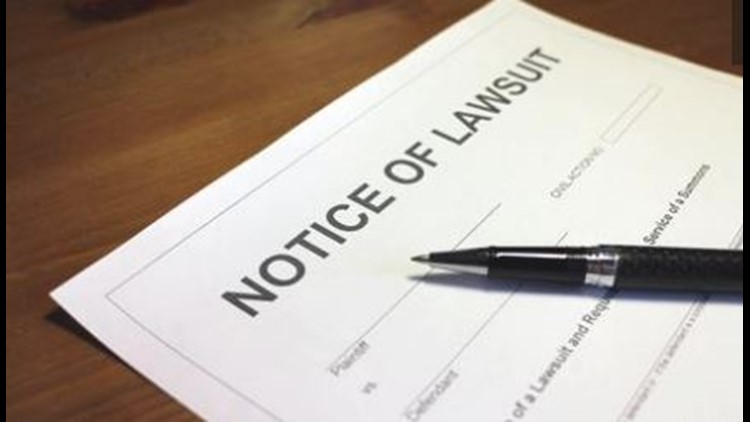 Someone filling out Notice of Lawsuit Form.

AURORA, Colo. — The American Civil Liberties Union (ACLU) of Colorado is suing U.S. Immigration and Customs Enforcement (ICE) for information on the 64-year-old man who died after being held in ICE custody.

The lawsuit, which was filed on Tuesday, seeks requested records related to the arrest, detention and death of Kamyar Samimi –an Iranian man who died on Dec. 2, 2017 while in ICE custody at the Aurora Contract Detention Center.

Samimi was arrested by ICE deportation officers at his home on Nov. 17, 2017 in relation to a felony possession of cocaine conviction from 2005 in Arapahoe County District Court. Based on his criminal conviction, Samimi was rendered removable, according to ICE. He died 15 days later.

ICE said the Samimi fell ill the morning of Dec. 2 and died from cardiac arrest at the University of Colorado Medical Center (UCMC) later in the day.

The ACLU alleges that ICE has not provided a thorough explanation surrounding the cause of Samimi’s death.

“It has now been 16 months since Mr. Samimi died, and ICE continues to keep the community in the dark about this tragedy,” ACLU of Colorado Staff Attorney Arash Jahanian said in a news release. “All we know is that ICE arrested a man who had lived in the U.S. for over four decades, and 15 days later he died in ICE’s care. The public deserves to know more and this lawsuit seeks that information."

The ACLU of Colorado filed a Freedom of Information Act (FOIA) request on Dec. 20, 2017. As a result of that request, ICE produced five pages of information that “had nothing to do with Mr. Samimi’s death,” according to the ACLU.

“Immigration detention facilities, like the one operated by GEO Group in Aurora, are all too often cloaked in secrecy, offering little to no transparency into the way detainees are treated within their walls,” ACLU of Colorado Legal Director Mark Silverstein said. “We are filing suit to further the public’s right to know what goes on in these secretive taxpayer-funded institutions.”