When mobile homes went up in flames, firefighters and deputies worked to save lives. 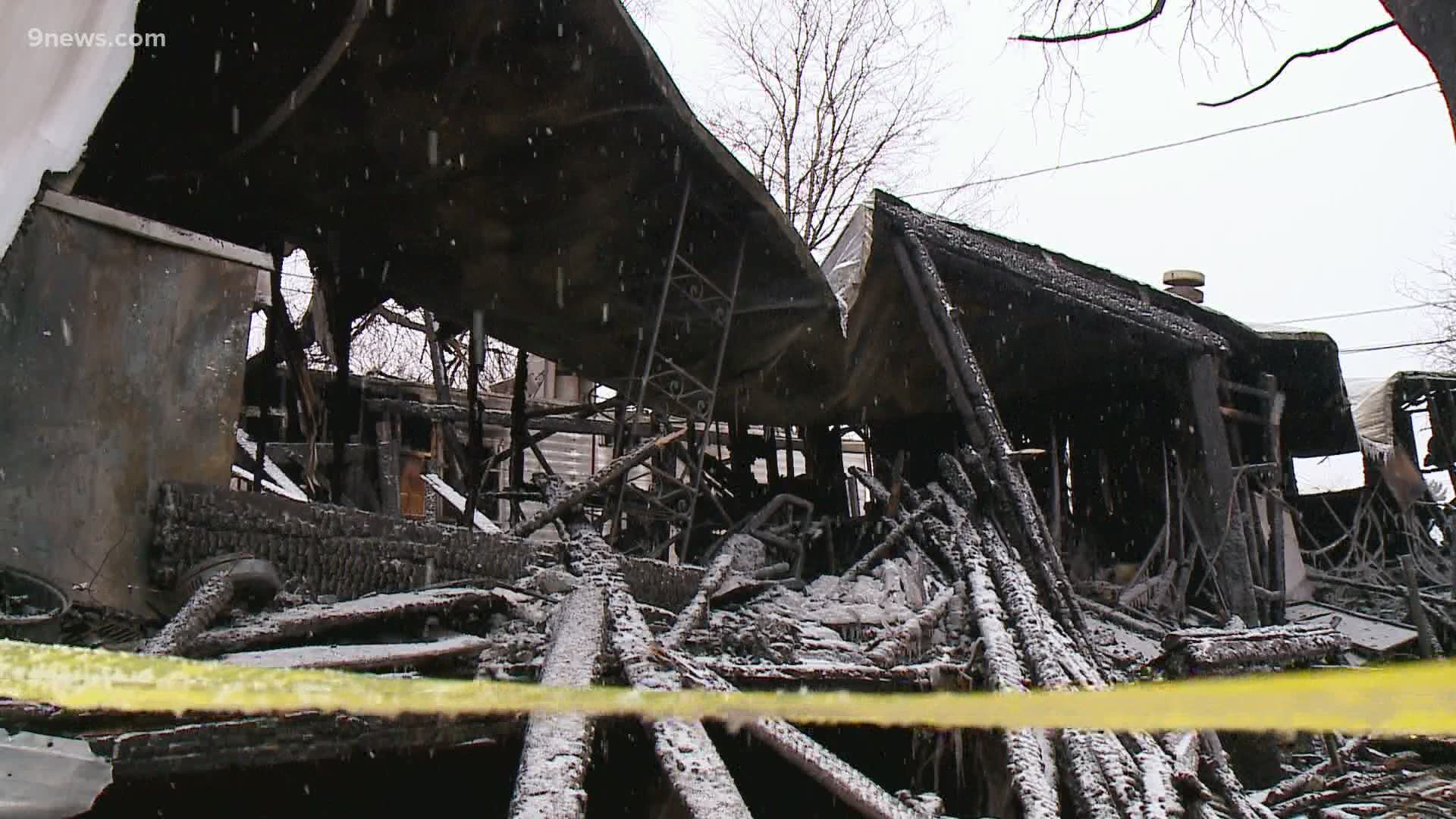 Adams County deputies at the scene helped people escape from their burning homes while outside temperatures hovered at -7 degrees.

Firefighters arrived minutes later and stopped the fire from spreading to a nearby container that stores fireworks for a stand across the street.

"If that fireworks stand would have got involved, it would have taken this whole block," Adams County Fire Rescue Lt. Joe Anderson II said. “Knowing that the deputies were here first and that they were able to pull those people out, that helped us concentrate on the rest of the mobile home park and save everything else here."

Deputies Elijah Roman and Aaron Derycke were patrolling separately early Sunday morning when they heard the call about the fire just before 5 a.m. at the mobile home park on North Federal Boulevard and West 55th Avenue.

“When they say 'structure fire,' usually it’s not a good thing,” Derycke said. “We came as fast as we could.”

Roman got there first and immediately had people pleading with him for help.

“I was being flagged down by someone letting me know there’s still people inside the structure,” Roman said. “It still looked like there was an opportunity for me to go in there before [it was] completely burned down.”

Performing search and rescue operations inside burning buildings is not something that law enforcement officers are equipped to do, but Roman felt it was his duty.

“The lady was sleeping in her bed in the very back of the trailer. I crawled to the back because the fire and the smoke were really heavy," he said. "So, I was kind of feeling around. I got back to her and was able to get her out from there as quick as I could.”

“When I saw him running out and coughing as much as he was, that’s when it kicked in,” Derycke said. “I wasn’t thinking…If my partner’s doing it, I’m doing it.”

Derycke started helping people out of the quickly-burning homes, too.

When firefighters arrived at the scene minutes later, they realized that the flames' intensity would have kept them from being able to go inside the trailers, even if they wanted to.

“We actually attempted to do a primary search in the first trailer,” Anderson said. “As soon as we opened up the door, one of the firefighters was on his knees fixing to go in, and the fire rolled down on top of his head. I actually had to pull that firefighter back out.”

The crews focused on containing the fire that had already destroyed or damaged four mobile homes and took down power lines.

The weather was another battle.

“As soon as we got wet, everything froze up. My body froze up, my mask froze up, and that’s what made it difficult,” Anderson said. “It was the most severe weather conditions we’ve ever had to deal with.”

Crews eventually got the fire under control at around 6:15 a.m.

Four people were taken to the hospital for smoke inhalation. Two were residents and the other two were deputies, according to Adams County Fire Rescue.

One person is still recovering.

“The public, they don’t see a lot of the things that we do together as a partnership,” Anderson said. “It’s not really a partnership. It’s a relationship that Adams County has with the deputies, and we’ve had that relationship for a long time.”

Adams County Fire Rescue found the cause of the fire was improperly-applied heat tape.