Jail population numbers were almost cut in half at the beginning of the pandemic. The Arapahoe County Detention Center has seen a slight uptick since then. 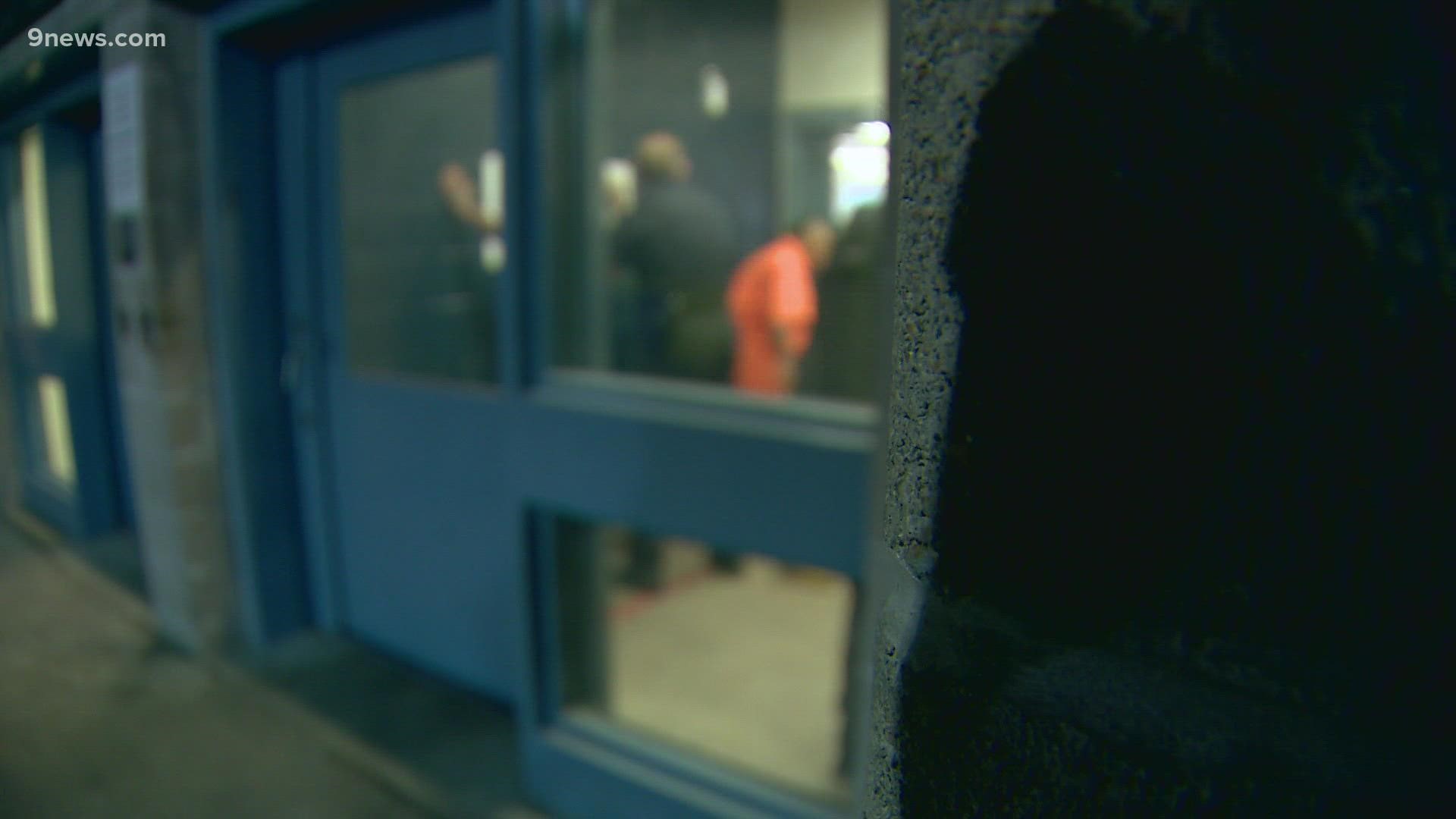 CENTENNIAL, Colo. — The pandemic forced jails to reconsider who they housed and also forced courts to provide bond and other alternatives to incarceration as COVID-19 spread in jails across the country.

Now, jail population numbers show a slight uptick from where they were at the beginning of the pandemic. At the Arapahoe County Detention Center, for instance, jail numbers are up slightly, but still significantly lower than pre-pandemic.

"We're seeing an increase in our daily average population. We are not at the same levels as we were before the pandemic. I believe the increase in those numbers is attributed to a change in our acceptance criteria, along with bonds being adjusted at the court level and so on," said Bureau Chief Jared Rowlison, who oversees the jail in Arapahoe County.

The jail has also seen a trend with people being booked with more serious crimes. The large majority of those in custody are awaiting trial, as well.

"With the courts having to delay their processes so frequently during the pandemic, we have seen an increase in the percentage of people that are pre-trial. A lot of that does impact the way we get people to and from court and so on," Rowlison said.

In Arapahoe County, there are already a number of programs that are working to keep people out of jail. For instance, the 18th Judicial District just expanded their diversion program, which is an alternative.

"Looking at the criminal justice system's response to COVID, to us, was a demonstration and an illustration of a lot of the reforms that we have been suggesting and pushing for decades," said Juston Cooper, Deputy Director with the Colorado Criminal Justice Reform Coalition.

Cooper believes jail numbers shouldn't return to pre-pandemic levels, saying now is the time communities should be re-evaluating which offenders should actually be behind bars.

"This illustrated that we could do things different and still maintain safety. So how do we capitalize on that opportunity from a state level to a local level, whether it's jails or prisons, whether it's probation or parole," Cooper said.

There may be legislative efforts at the beginning of 2022 that would make reform more permanent.