Ahmad Siddiqi is now safe with his family in Italy and waiting to call Colorado home. 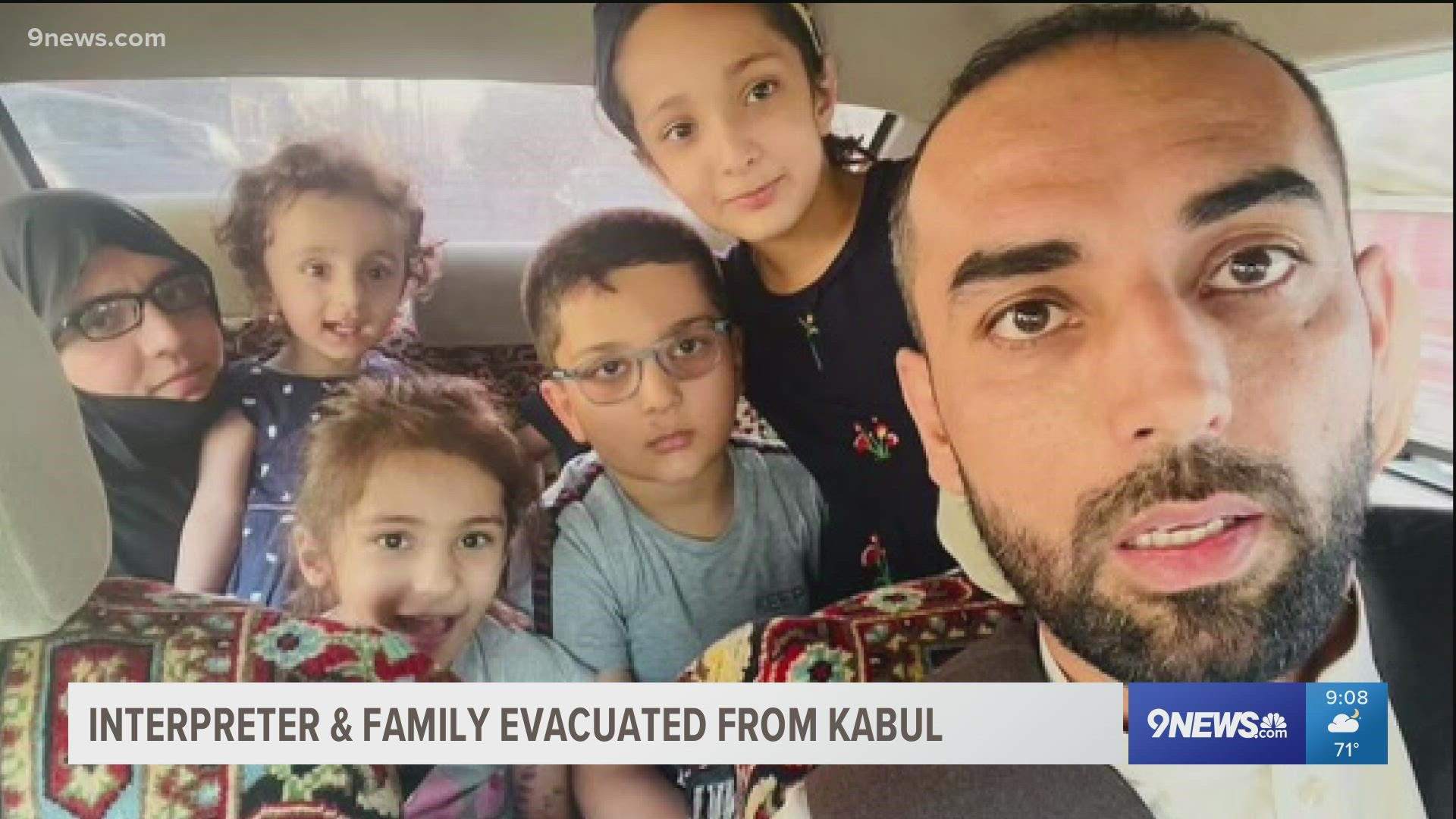 BROOMFIELD, Colo. — A couple from Broomfield feels incredibly lucky after the husband's interpreter made it out of Kabul safely.

Last week, the couple shared their story as they fought to get the interpreter, Ahmad Siddiqi, to the United States. Siddiqi is now safe with his family in Italy and waiting to call Colorado home.

Siddiqi was Scott Henkel's interpreter while he served in the U.S. Army in Afghanistan. Henekl was deployed to one of the most dangerous provinces in Afghanistan in 2006. His mission for nearly a year was focused on nation building, such as building roads and building schools for girls.

The latest mission to get Siddiqi out of Kabul meant life or death.

Before leaving Kabul, Siddiqi was in hiding from the Taliban. He separated from his wife and four kids. All of the children are under age 10.

"Humanity has a level and there is no level with the Taliban," Siddiqi said over video chat on Sunday.

The journey to the Kabul airport was too dangerous for his family to take, until they got help from a U.S. Marine.

"Once we crossed that fence, I was thinking the whole world was moved from my shoulders," he said.

The family flew out of Kabul to Qatar just days before the attack outside the airport. Siddiqi said it happened at the same gate where he found the Marine.

"My prayers and thoughts are with their families and I pray more that soldier who grabbed my phone is still living," Siddiqi said.

Siddiqi feels grateful to be alive and safe with family in Italy, a step closer to reuniting with the Henkels in Colorado.

"We thank God every second," he said. "At least I can see my kids go out without any attention. They just walk out. They say hello to the soldiers. They get their toys. They play with them."

Scott Henkel and his wife Heidi, a Broomfield city councilwoman, do not know when Siddiqi and his family will get to Colorado. They are just relieved this mission is almost complete.

"I was faking the 'keep your chin up, you can do this,'" Scott Henkel said. "In the back of my mind I had kind of already resigned myself to know that my friend is going to die."

"Him and his family are only going to enrich their community in Colorado and our community as well," Heidi Henkel said.

Siddiqi was proud to be part of the effort to rebuild his country. It's also disheartening for him to see that work vanish in just a month.

"If you really want to support troops, this is your opportunity to do it," Scott Henkel said. "You really have an opportunity to welcome these people, and they will be a great asset to this community."

"U.S. citizens should be proud of your soldiers and they should be very thankful for their services, because they are not only helping U.S. government, they are helping people, families, and kids," Siddiqi said.