Dozens of people spent several hours each day this week shoveling nearly three feet of snow off the field. 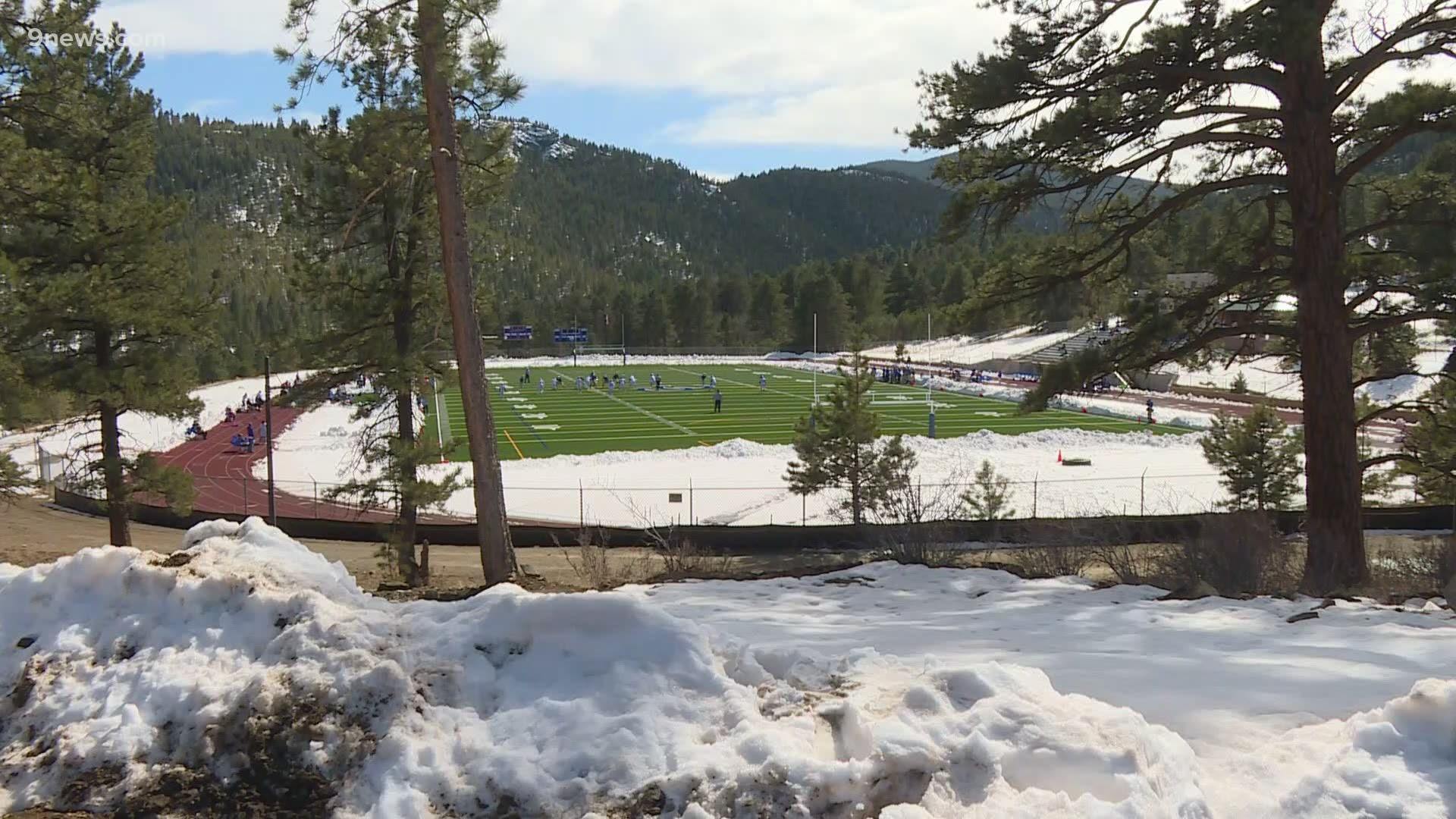 CLEAR CREEK COUNTY, Colo. — When it comes to football, there are opponents you can prepare for and others that quite literally just fall out of the sky.

The spring football season started Saturday for schools around the state that had to delay it because of COVID-19. As players in Clear Creek County prepared for their first ever home game in their new stadium, mother nature had a different plan.

Snow wasn’t the challenge the Clear Creek High School Golddiggers were planning to face as they prepared for the game. The season was supposed to start last year but the pandemic pushed it to the spring, right in time for a historic snow storm.

For much of the past week, dozens of volunteers from around the community showed up at the field for hours to shovel the turf. It was the only way the school would be able to play their first home game in the new stadium.

"If it weren’t for everyone out here helping, the teachers, the students, everyone, we wouldn’t be able to play," said Houston. "Just having the community out here and having my friends and my teachers and everyone here, it’s awesome. It’s really amazing."

Liz Houston is Campbell’s mom. She helped organize an army of volunteers to shovel the field. She wanted her son and his teammates to play the game they’d been waiting for.

"Why am I out here? My son is a senior," said Liz Houston on Friday evening as she shoveled the field. "It’s a really profound moment, especially everything that everyone has gone through this past year."

On a field covered in snow, you’ll find people like Chris Gould.

He took the job last year, the same week the state shut down because of the virus. He didn’t think shoveling duties would come with the title.

"There is nothing that has happened this year that feels like it was in my contract," said Gould.

With less than 24 hours to go, volunteers cleared the field of the snow. Football was coming back to Clear Creek County.

On Saturday afternoon, the school hosted its first football game since the pandemic began. Capacity was limited to 170 fans and everyone had to wear masks.

"I’ve got a smile on under this mask. It’s a tired smile from lots of shoveling, but it’s a smile," said Gould on Saturday while watching the game. "This took an enormous community effort."

After hours of shoveling, the field is finally ready for the opponent the team prepared for.

To be able to watch the first game of her son’s senior season, all that back pain was worth it.

"We’ve been commenting about how beautiful the field looks. It looks like it’s framed in this lovely white frame," said Liz Houston. "He’s playing great. He’s loving it."

Clear Creek High School ended up losing the football game Saturday to Manual High School, but when you consider what the community went through to be able to have the game, that's a win as well.

"The glory of it is that it wasn’t just one or two or six people," said Gould. "It was an entire community that came together to make it happen."