Agreement reached over lawsuit to limit less-lethal force during protests 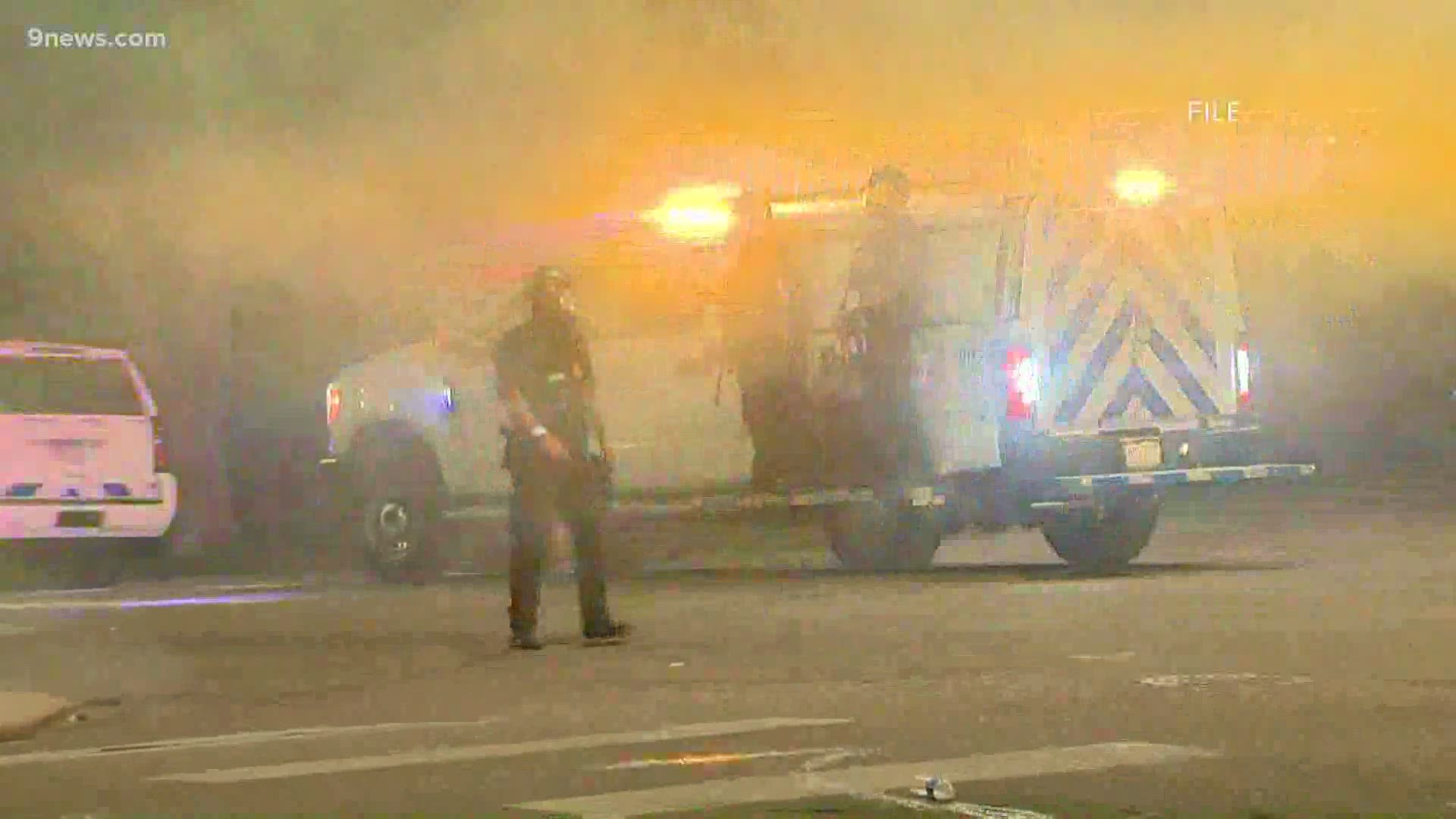 DENVER — The City of Denver and plaintiffs who sued over the Denver Police Department's (DPD) use of less-lethal force have reached a stipulated agreement just as a temporary restraining order was set to expire, a spokesperson for the city confirmed late Thursday.

A judge must sign off on the agreement before it becomes final.

The lawsuit was filed on behalf of four plaintiffs on June 5. On Thursday, the American Civil Liberties Union (ACLU) of Colorado and the law firm Arnold and Porter filed a second lawsuit over the issue.

According to a news release from the ACLU, its lawsuit is on behalf of Black Lives Matter 5280 and individual plaintiffs who said they were injured by law enforcement while they protested against police brutality and systemic racism.

The agreement announced Thursday was in response to the first lawsuit. It listed several examples of officers allegedly misusing tear gas, flashbangs and non-lethal bullets during the first days of Denver's George Floyd protests, which began days after Floyd died at the hands of an officer in Minneapolis.

As of result, a federal judge issued a temporary restraining order limiting DPD's use of less-lethal weapons like tear gas and rubber bullets.

The temporary restraining order was set to expire Friday. Late Thursday night, the city confirmed that both sides had come to a stipulated agreement to limit how police can use less-lethal force during protests.

As part of the agreement, only sergeants or above could approve the use of force, and announcements would have to be made before the less-lethal weapons were deployed. Officers would be required to turn on their body-worn cameras any time they were interacting with protesters.

"It won't change their duties, certainly that wasn’t the intent," said Milo Schwab, the attorney representing the protesters. "The intent was to rein in the excesses, the conduct that was violating constitutional rights."

Additionally, outside law-enforcement agencies who are assisting DPD would be allowed to use only less-lethal munitions that Denver authorized its police to use. That would mean some options available to those departments in their own jurisdictions could not be used in Denver.

Many of the provisions in the agreement were already agreed to as part of the restraining order that was set to expire. A judge still needs to approve the agreement, and there was no word on when it could become final.

"As we have seen across the country, from Dallas to Seattle to Portland to Oakland, cities and police departments are coming together to recognize those first days... that wasn’t the image, that wasn’t what people should be confronted with," Schwab said. "Protests against police violence shouldn’t be met with police violence. We're so glad to see the city agree with us and to work with us to find a solution that both addresses our concerns while understanding there are limitations and that there are needs to make sure the public is kept safe."