Amazon wants to build a 112,000-square-foot warehouse in Arvada

The company submitted a proposal to the city to develop a delivery station at 6730 Indiana St. that neighbors said isn't compatible with the area. 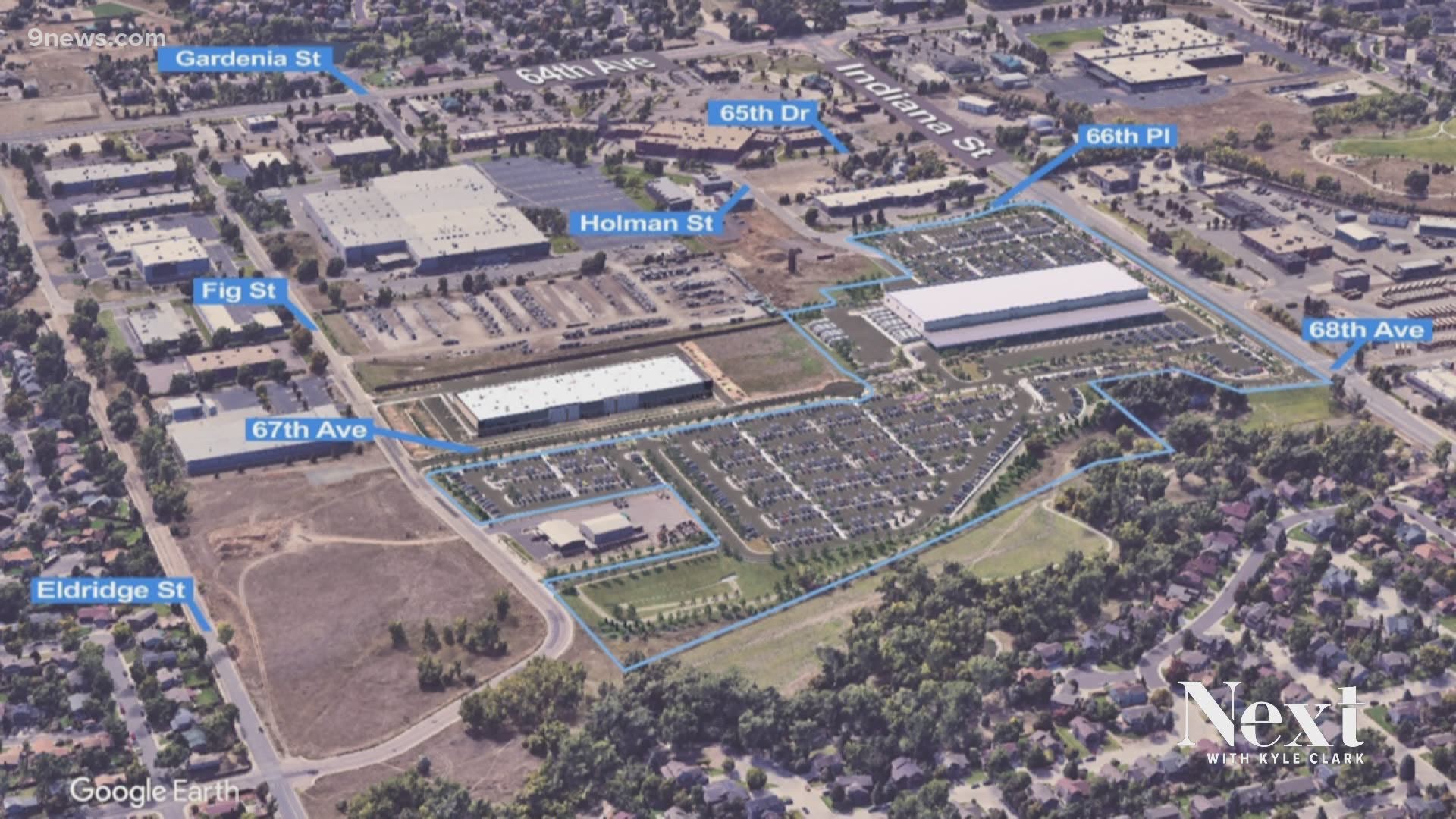 ARVADA, Colo. — Amazon has submitted a proposal to the City of Arvada to build a delivery center that would include a 112,485-square-foot warehouse and more than 1,100 parking spaces on Indiana Street near West 68th Avenue.

The delivery center at 6730 Indiana St. would be much smaller than Amazon's fulfillment centers, which are about 1 million square feet, and would operate farther down the delivery chain as the last stop for items before they're loaded into vans and delivered to customers.

The proposal from Amazon and real-estate developer Scannell Properties, dubbed Project Indiana, is for the warehouse, 862 van parking spaces and 291 employee parking spaces on 33 acres just south of Maple Valley Park. The City of Arvada would need to annex and rezone about a third of the land needed to accommodate the facility. The annexed land would include the park, which would be designated as open space.

The city said about 14 semi trucks would make deliveries to the facility per day, and Amazon estimated that about 215 delivery vans would operate out of the center, with more around the holidays.

The facility, which would result in a $30 million investment in Arvada, would employ about 325 workers during normal operations and 750 during the holidays, the city said.

The city's Planning Commission will hold a public hearing on the project on April 20, and the city council is scheduled to take up the proposal on June 7.

Amazon representatives, including Stephen Maduli-Williams, the company's economic policy manager, talked about the project at a meeting March 11. He said delivery vans would not be coming and going from the facility during rush hour.

"We certainly do need to fit in the fabric of the communities we operate in," Maduli-Williams said. "One thing we've done to be a better partner, a better neighbor, is to alter our delivery time so our vans don't go out until 10 a.m. When you're going to work in the morning, dropping your children off at school, you won't run into our vans on the road."

Residents of nearby neighborhoods argued that the proposed facility isn't compatible with the area and would disrupt the ecosystem of nearby Maple Valley Park. They also expressed concerns over how the facility would affect neighborhood traffic and storm drainage.

"This kind of industrial use will have an extreme negative impact on our homes, our quality of life, the surrounding community at large, and most importantly, the park, the trail and the year-round wildlife that use this area as their habitat," said Gina Hallisey, vice president of the Maple Valley Home Owners Association, at the March 11 meeting.

Opponents of the project formed Protect Maple Valley Park. The group said that annexing the park and using it as a buffer between the facility and residential areas isn't an acceptable use of a public park.

Rather, the group proposed an alternative to the Amazon facility that would include more green space and a smaller, walkable development with locally owned businesses and restaurants.