The fire, which had measured just under 13,000 acres on Friday afternoon, still had zero percent containment. 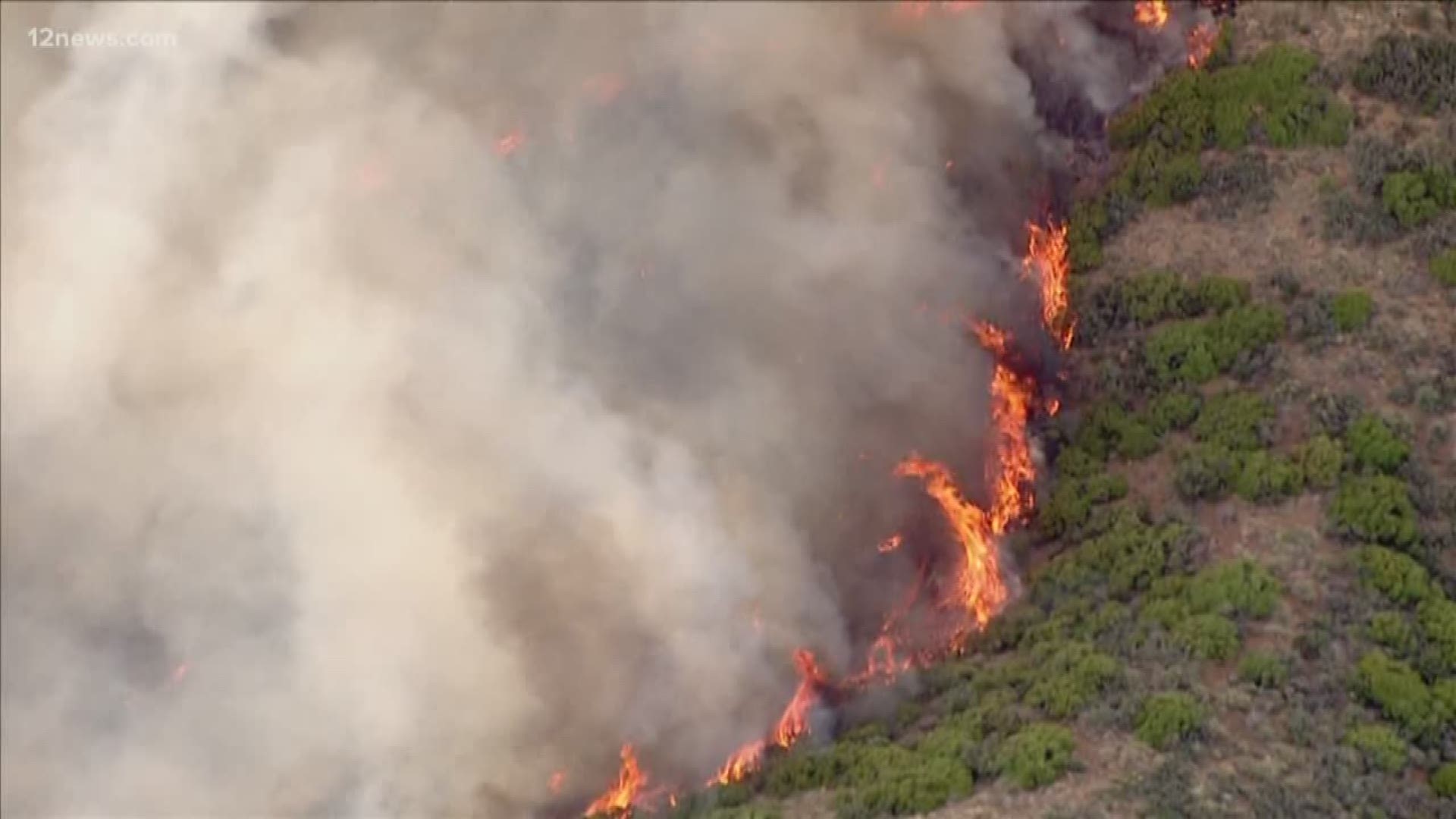 The fire, which had measured just under 13,000 acres as of Friday afternoon, measured at 25,893 acres after it crossed onto a few acres of state land in the southwest corner near Buzzard Roost.

The eastern edge of the fire also moved onto Iron Mountain, spokeswoman Carrie Templin said in an email.

Even though the fire remains at zero percent containment, it is not threatening nearby communities, including Queen Valley Estates, Gold Canyon, Kings Ranch, Superior, and Apache Junction.

Check out the photos of the Woodbury Fire here.

The fire forced the closure of State Route 88 near Tortilla Flat. The highway is closed in both directions from Weavers Needle Vista Viewpoint to SR 188 at Roosevelt Lake.

The fire first sparked June 8 and has steadily grown from the 500 acres it had been measured at on Sunday.

Officials say the fire was human-caused.

Canyon and Apache lakes are also closed, as well as campsites along SR 88.

ADOT says an "extended closure is possible" and those traveling to Roosevelt Lake from the Phoenix area can reach the lake by using US 60 and SR 188 or SR 87 and SR 188.

A group of more than 600 personnel is working to increase containment on the fire using "natural features and area trail systems."

Officials say the city of Apache Junction would play a "crucial supportive role in the battle against this fire with resources for visiting firefighters and fire managers."

The fire is not expected to be contained until July 1.