The city deemed a camp around Washington Street and 13th Avenue unsafe and unclean, so the camp was pushed out and the people living there moved a block away. 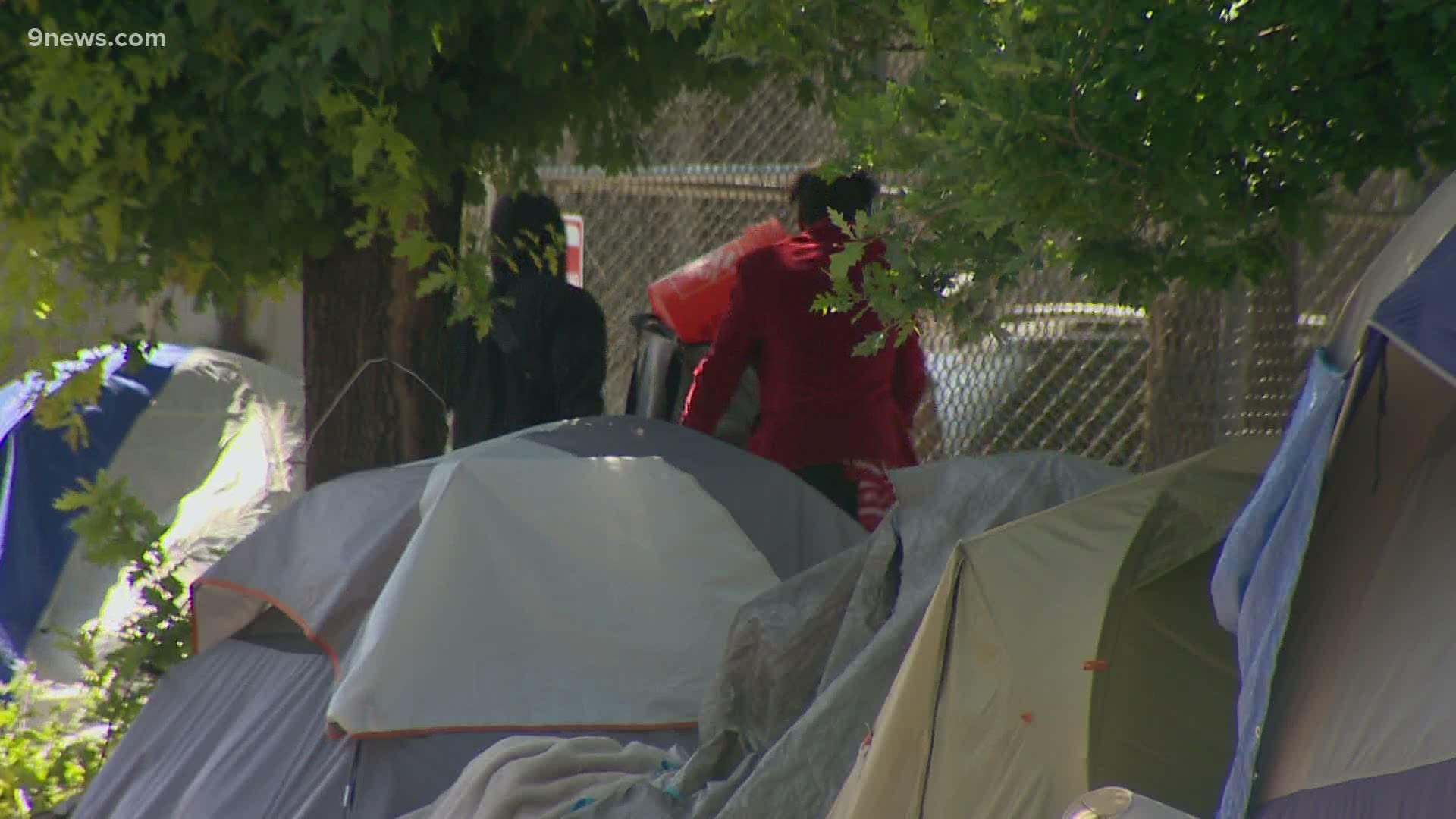 DENVER — People who live on Denver's sidewalks are used to new neighbors every few months when the city deems their homeless camp "unsafe" and "unclean."

The Denver Department of Transportation and Infrastructure (DOTI) said they did a "larger-scale cleanup effort on May 20" around Washington Street and 13th and 14th Avenues. That forced the people who lived on those streets to move further east on 13th onto the sidewalk at Emerson Street next to Morey Middle School.

"It’s been personally a little stressful for us and our neighbors," said Lisa Steffen, who owns a home across the street from the encampment, and has let people who live there use her water and charge their phones. "We’ve seen drug deals from our window, some potential prostitution."

The Colorado Coalition for the Homeless said it is rarely the people camping causing the crime, and that the crime follows vulnerable populations. They added that people in Capitol Hill are likely seeing more people experiencing homelessness because COVID-19 has shut down places those people would normally go like libraries and recreation centers.

"They are economic refugees," said Benjamin Dunning, an organizer with Denver Homeless Out Loud. "The one thing we can do right away is you know say, 'hey, nobody’s using that piece of land let’s go there."

Dunning advocates for permanent spaces for people to camp like parks and parking lots in the city.

While Steffen said she is worried about her own safety in her Capitol Hill neighborhood, she said everyone has failed the people she now calls her new neighbors.

“I think the problem lies with us as a society unable to keep the social contract to keep everybody safe and healthy”, she said.

While the city has opened up larger shelters because of COVID-19 at the National Western Complex for men, and the Denver Coliseum for women, one man who lived in the camp said there are several reasons people won't go.

The Colorado Coalition for the Homeless said they recently tested 50 people experiencing homelessness for COVID-19 and no one was positive.