The Atlanta Civil Service Board released the decision on Wednesday. 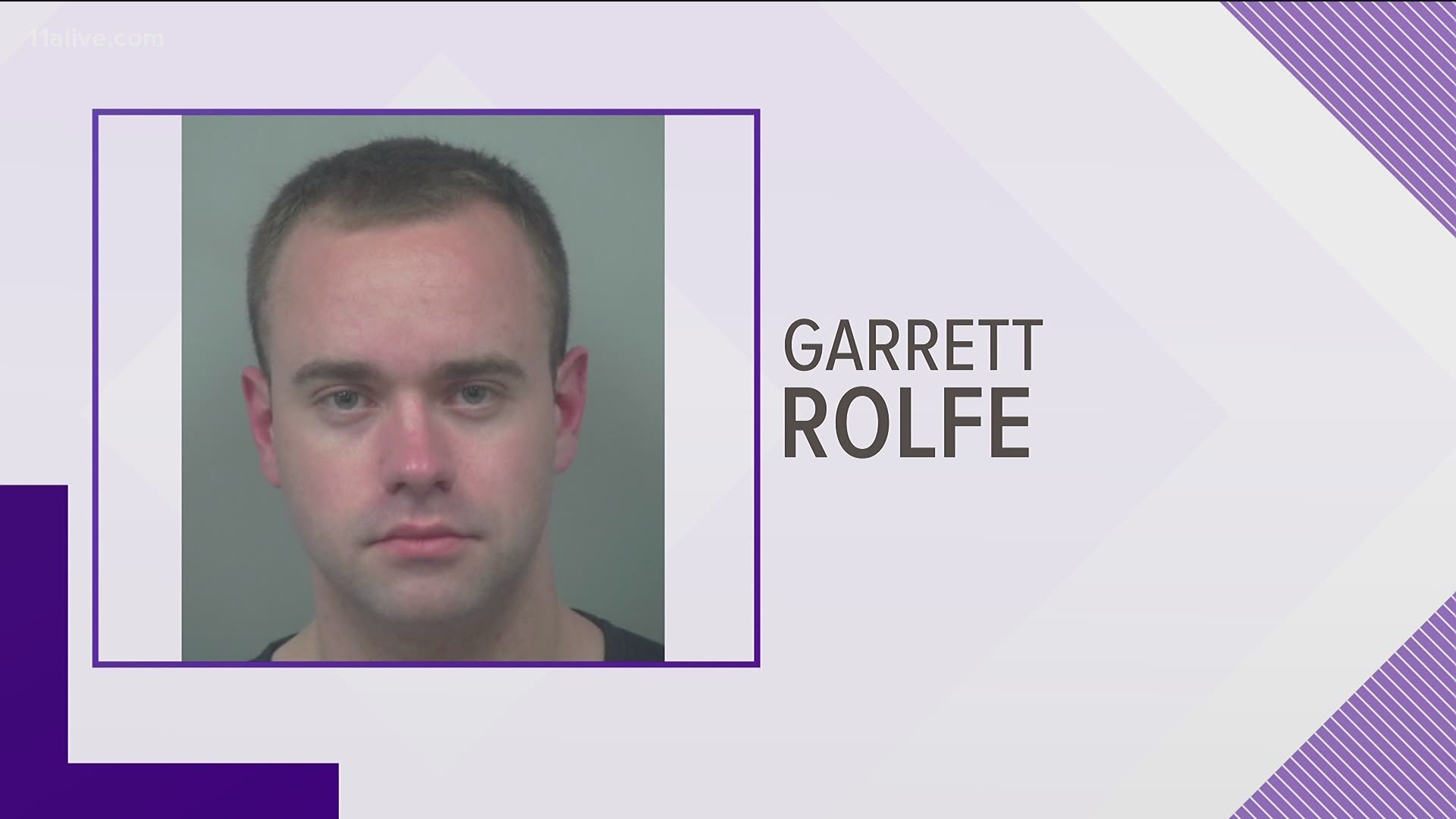 ATLANTA — Garrett Rolfe, the fired Atlanta Police officer who shot and killed Rayshard Brooks in a Wendy's parking lot last summer, has been reinstated by the Atlanta Civil Service Board.

The board released its decision Wednesday stating:

"Due to the City’s failure to comply with several provisions of the Code and the information received during witnesses’ testimony, the Board concludes the Appellant was not afforded his right to due process. Therefore, the Board GRANTS the Appeal of Garrett Rolfe and revokes his dismissal as an employee of the APD."

RELATED: VERIFY: Could Garrett Rolfe go back on regular patrols?

Rolfe, who still faces murder charges in the killing of Brooks that are currently stuck in a kind of legal limbo, sought last month to have his firing reversed in a hearing before the board.

That same board reinstated Atlanta investigators Ivory Streeter and Mark Gardner, who were fired over the tasing of college students Taniyah Pilgrim and Messiah Young during protests last summer, in February.

The board hears the appeals of firings and other employment actions taken against public city employees. A City of Atlanta statement said Rolfe would be placed on administrative leave until his criminal charges are resolved.

In an afternoon press conference, those attorneys - L. Chris Stewart, who was part of the legal team representing George Floyd's family in Minnesota, and Justin Miller - placed the blame on the city for the outcome, saying they rushed the process to pacify protesters and, in so doing, subverted real justice.

The attorneys said the case was "not taken seriously" by city leaders and that there was a "pattern of being ignored" in their efforts to resolve a civil case against the city. They said because of the lack of cooperation, they would now be filing a lawsuit against Atlanta.

The lawyers said they expected the city to try to re-initiate firing Rolfe, this time following proper protocols. The city's statement did not indicate whether or not that would happen.

The statement said that "in light of the CSB’s rulings, APD will conduct an assessment to determine if additional investigative actions are needed."

“Given the volatile state of our city and nation last summer, the decision to terminate this officer, after he fatally shot Mr. Brooks in the back, was the right thing to do. Had immediate action not been taken, I firmly believe that the public safety crisis we experienced during that time would have been significantly worse," Mayor Keisha Lance Bottoms said in her own statement.

Rolfe's attorney, Lance LoRusso, argued to the board last month that his client's situation was practically identical to Streeter's and Gardner's: that he wasn't given enough time to respond to his "notice of proposed adverse action" - typically a 10-day period - before he was fired.

The board took specific note of the lack of 10-day notice: "In this case, the effective date of the discipline was June 14, 2020, and the (notice of proposed adverse action) and the (notice of final adverse action) were issued to the Appellant’s Union Representative at virtually the same time on June 13, 2020. As such, the City’s actions were not compliant with the ten days prior notice period as required by the Code."

Rolfe testified he learned he was about to be fired, on June 13, the day following Brooks' death.

"I received a phone call," Rolfe said during the hearing.

"And approximately what time did you receive that phone call?" asked his attorney.

Documents shown during the hearing suggested Rolfe had one hour to respond in person to his pending termination.

"Did you want to appear to give an employee response session?" LoRusso asked.

Rolfe said he was an hour away though, and fearing for his safety to come into Atlanta as video of the shooting was now online.

During the hearing, an APD internal affairs investigator testified accommodations have been made in the past to let officers respond in similar cases.

"Maybe some different arrangements should have been made for him, but I think there was time restraints involved as well," said Sgt. William Dean.

"And those time restraints had to do with the mayor's press conference at 5 didn't it?" LoRusso asked.

"I don't believe that this was a use of justified deadly force," Bottoms said that day.

Rule 4.2.50 states that APD employees "are expressly prohibited from the unnecessary or unreasonable use of force against any person or property" and that they "shall only use that force, which is reasonable and necessary to affect an arrest, prevent an escape, necessarily restrict the movement of a prisoner, defend himself or another from physical assault, or to accomplish other lawful objectives."

One witness, APD Assistant Chief Todd Coyt, testified to the shooting of Brooks and said he would have done one thing differently from Rolfe in the incident, which would have been trying to keep Brooks closer to his car "to use the car as some type of barrier where I could have pushed him into the car instead of being in a wide-open parking lot" if he ran.

"I believe the officers acted accordingly," otherwise, Coyt said. "The officers were trying to show compassion, they were not overly aggressive, they tried to do everything they could to calm the situation down, so I don't think it's anything other than that, that I would have done initially when it started."

Lawrence-Hardy played videos, including body cam, from the scene at the Wendy's that was later burned out in protest, that showed witnesses - who had been observing the interaction between Brooks and officers from the beginning - were upset and critical of the officers immediately after he was shot.

Speaking to the Brooks arrest Dean said "in my opinion, a lot of officers were somewhat apprehensive and feel like they may have been too aggressive," after the outcry over the earlier protest tasing incident of college students Young and Pilgrim.

"But I think on the onset they were very courteous, professional, they explained themselves. Things went far left when they tried to handcuff him. Prior to that everything was perfect - peaceful, cordial, professional," Dean said.

Dean also testified that there have been previous instances where officers were terminated without the 10-day notice period. The sergeant said discrepancies on Rolfe's notice of proposed adverse action, which his attorney had focused on, were the result of typos.

Rolfe answered a single question from Lawrence-Hardy, about whether he had ever had a conversation with another individual, Atlanta Police Union representative Ken Allen, regarding the shooting and his firing, to which he said he had. He declined to answer any other questions from her under the Fifth Amendment.

Those questions focused on the specifics of the shooting of Brooks.

Devin Brosnan, his partner on scene the night of Brooks' death, also briefly appeared and took the Fifth.

The three board members who heard the pleadings were Sterling Eaves, Plemon El-Amin, and Robert Hawkins.

Wednesday evening, a small protest formed outside of city hall in response to the Atlanta Civil Service Board's decision. The group held signs and photos of Brooks.11Alive SkyTracker flew over the Capitol to get visuals of the demonstrators on the steps. Watch the clip below.