The ACLU filed a complaint against a Fort Collins police officer in connection with the incident. 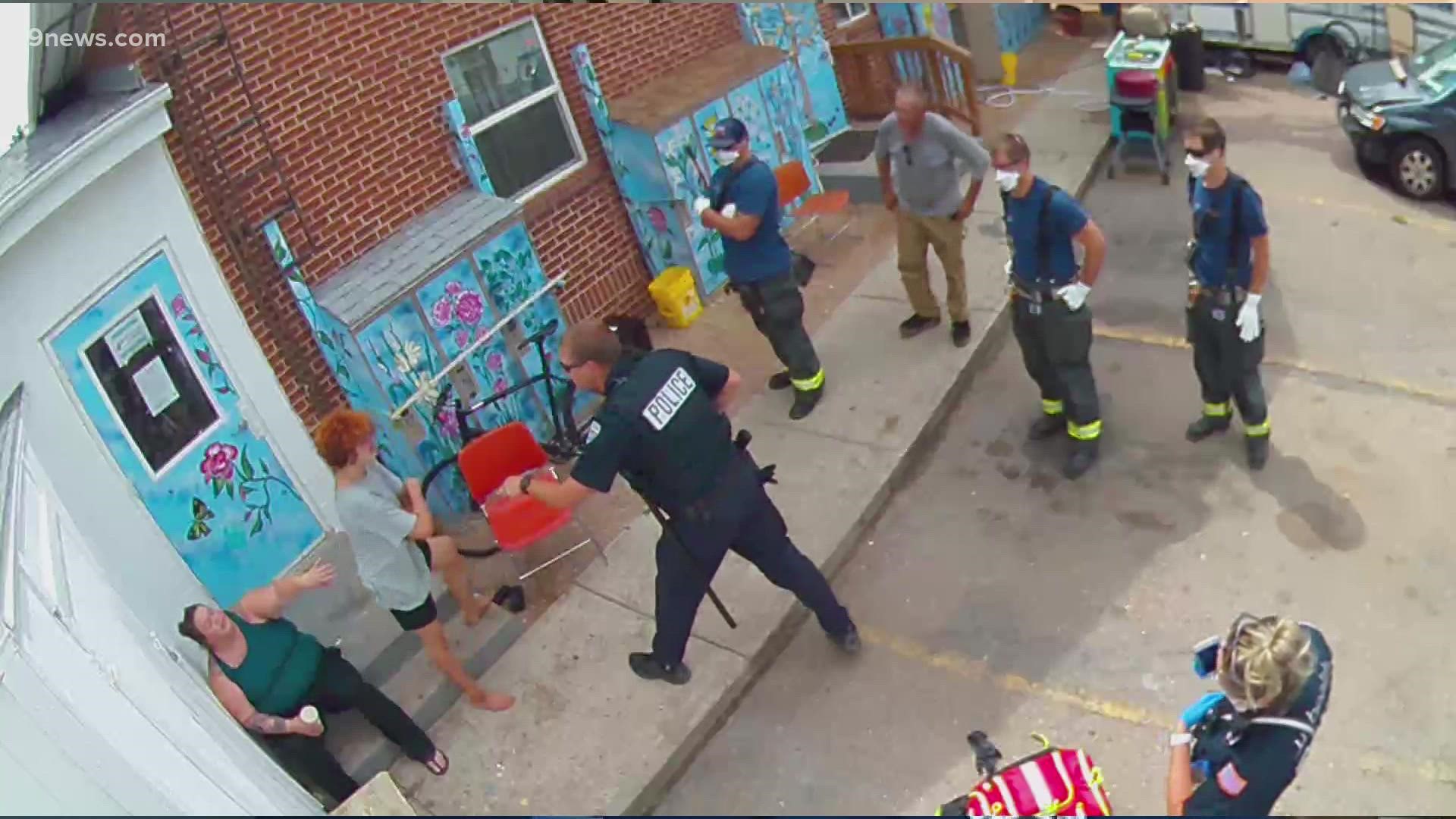 FORT COLLINS, Colo. — Content Warning: This article includes topics that may be sensitive for some readers, including violent body camera video.

Fort Collins Police Services (FCPS) has released a 911 call, radio traffic and body camera footage from an August incident that prompted an American Civil Liberties Union of Colorado (ACLU) complaint against an officer.

The incident happened on Aug. 22 at Fort Collins Mennonite Fellowship. Church staff called 911 seeking help for a person who was in the church parking lot and appeared to be in crisis.

> The video above aired in October

In the audio released by the police department, the caller said the woman "just needs an ambulance and some sort of mental health evaluation."

Filed on behalf of church pastor Steve Ramer, the complaint says when emergency medical crews initially responded to the call, they were able to engage calmly with the woman who accepted their offer to take something to calm her down.

According to the complaint, church staff said the situation was nearly managed with the woman and medical personnel when Officer Jason Lang arrived on the scene with emergency lights and sirens on, which "escalated the interaction into a violent confrontation."

According to radio traffic released by the police department, paramedics responded to the scene, then asked dispatchers to send an officer to help with "an uncooperative person."

> Listen to the 911 call and radio traffic provided by FCPS:

Body camera footage released by the police department shows an officer approached the woman, who is sitting. The video shows the woman standing up, raising a fist, and saying "get back." The officer says "sit down now," and she says, "No. You can't make me."

The officer then tells the woman she's under arrest, grabs her with both hands, and takes her to the ground.

The officer then handcuffs the woman and brings her back to a seated position.

The woman has since died in an unrelated incident. She died Oct. 29 after being hit by a car on North College Avenue on Oct. 22, according to police.

Police said the arrest was reviewed by supervisors at the time, per FCPS policy about the use of force.

Police said all formal complaints, such as the one filed by the ACLU, automatically initiate an internal affairs investigation, which is currently underway.

Police released the footage in a video that also includes a statement from Chief Jeff Swoboda. A police spokesperson said they released the audio and video "as part of our continuing commitment to open dialogue and transparency around incidents of community concern."

"We can't have enough conversations around mental health," Swoboda said in the video. "Please know Fort Collins Police Services is committed to safety and service for all, and we're looking forward to working with anyone who wants to continue these conversations so we can be better tomorrow than we are today."

The ACLU said they believe an investigation will confirm Lang’s conduct was unwarranted and violated FCPS policy.