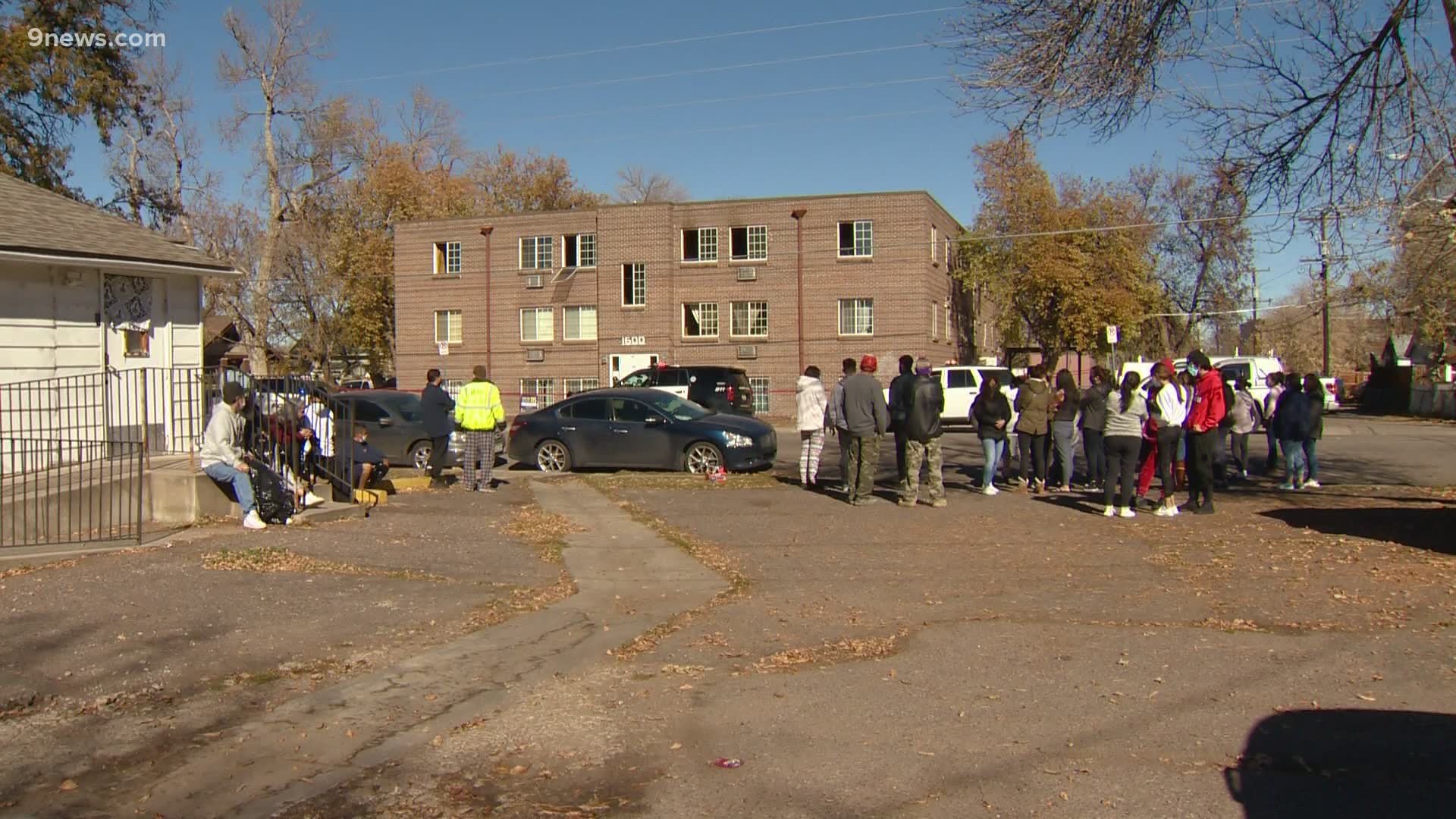 AURORA, Colo — Aurora Fire Rescue (AFR) is looking for a person of interest after a two-alarm fire at an apartment building that killed one person early Friday morning.

AFR tweeted at 12:10 a.m. Friday that crews were combating a structure fire at 1600 Galena St. in northwest Aurora and searching the building for reported trapped parties.

It was reported that multiple residents jumped from windows, and ladder crews also performed multiple rescues, according to AFR.

At 12:37 a.m., AFR said the fire was under control. The cause is under investigation.

AFR said 13 people were treated at the scene and five were taken to the hospital.

Roughly 60 people were displaced due to the fire, and AFR said that the Red Cross is working with the displaced residents.

On Friday afternoon, AFR tweeted that they are looking for a person of interest in connection with the fire. A physical description was not given, but four photos of the person were tweeted out.

Anyone with information is asked to call Metro Denver Crime Stoppers at 720-913-7867.

Update:
We are looking for assistance in identifying a person of interest in this incident. If you have information please contact: Metro Denver Crime Stoppers at
720-913-STOP (7867) pic.twitter.com/xXRvzS9nWh