Aurora Police said 11-year-old Caleb Ingelhart was riding his bike in the crosswalk when a SUV struck the boy and dragged him a "considerable distance." 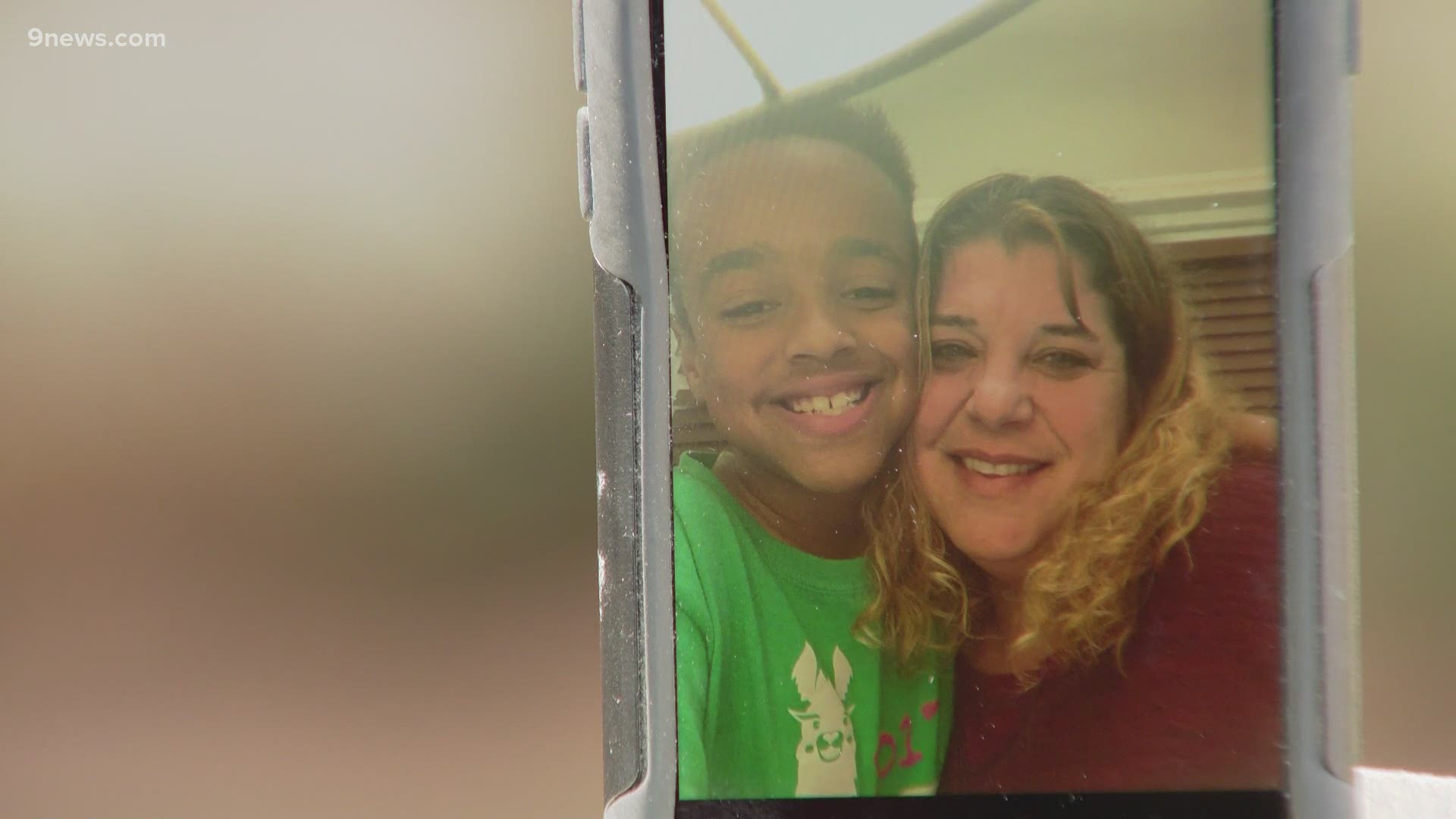 AURORA, Colo. — At every street corner, lives intersect for better or worse.

“I was meant to be there," Folks said.

Folks said she was driving home when she approached the intersection and saw people surrounding an SUV on Chambers.

“When I seen the crowd of people around the car, I thought it looked weird," Folks said. "I did see somebody’s body sticking out from underneath the car.”

Folks said she did what she saw other drivers do.

“Whatever part [of the car] I got to is where I started lifting," Folks said. “As soon as the car was lifted off, I noticed that it was a child, and I didn’t even know it was a child at first.”

Folks said someone pulled a boy out from underneath the car, and she cradled his head in her arms.

“I don’t have children, but I still have that motherly instinct," Folks said. "I just like comforted him and was talking to him and trying to make sure he stayed conscious and he felt somebody was here for him.”

The boy she comforted until paramedics arrived was 11-year-old Caleb Ingelhart.

“My only child," said Deborah Ingelhart. "He's my baby, and he’s such a sweet kid and he’s kind and he’s generous.”

Aurora Police said Ingelhart was riding his bike on the sidewalk along Chambers and was crossing 13th in the crosswalk when a suspected drunk driver turned into him.

Police said the driver, Hector Eduardo Garcia, 32, struck Ingelhart and kept driving, dragging the boy and his bicycle underneath the vehicle for a "considerable distance."

Garcia was arrested and faces charges including vehicular assault, driving while under the influence, driving on a suspended license and failing to yield the right of way to a pedestrian. He's due in Arapahoe County court Thursday at 8:30 a.m.

“You think that it’s safe for your child to go out there, and you have a drunk driver that’s driving, and it needs to stop!” Deborah Ingelhart said.

Caleb Ingelhart was rushed to the hospital with life-threatening injuries, police said. On Wednesday, the boy was still being treated at Children's Hospital in Aurora after undergoing three surgeries, his mother said.

Deborah Ingelhart said her son had broken bones and road rash all over his body.

The mother credits strangers like Sereana Folks for saving her boy's life, and she's grateful they stayed by his side.

“I’m so thankful because she comforted him even though he was in shock," Deborah Ingelhart said. “My boy would not be here if it wasn’t for those people!”

Lives that intersected last week are now connected. Sereana Folks said she had been in touch with Caleb Ingelhart's family.

“I’m thankful that they reached out to me and we’re able to build a connection and we do plan on being in each other’s lives now," Folks said.

Caleb Ingelhart is being treated at Children's Hospital in Aurora. His family created a GoFundMe to assist with medical bills.