Stephen McInerny was fired from his previous job as Fire Chief in Naples, Florida and became second in command at Aurora Fire in 2018. 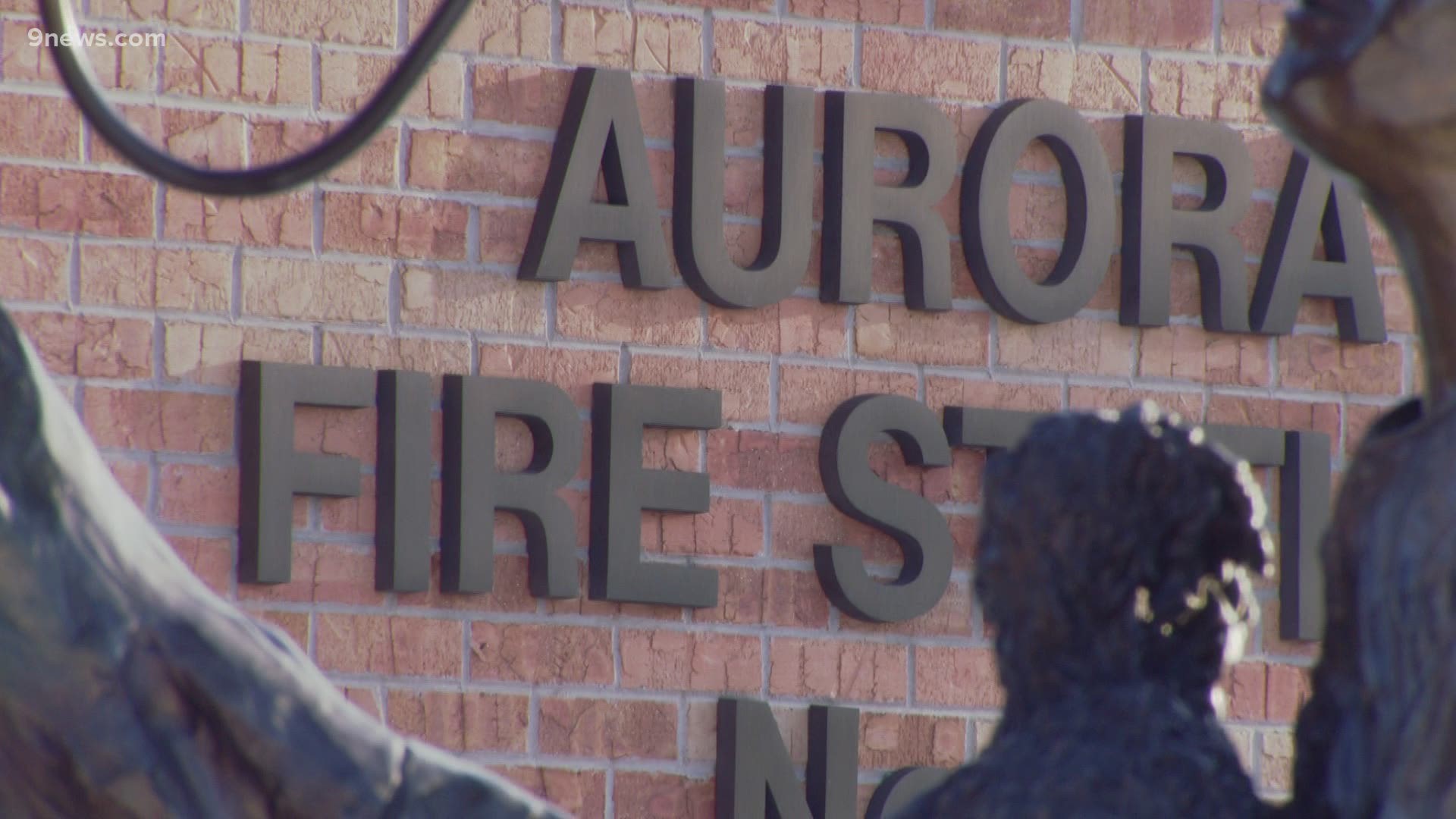 AURORA, Colo. — A high-ranking fire department leader in Aurora is under investigation, accused of bringing his daughter with him to fire and crime scenes, scheduling shifts based on gender and sharing racially insensitive Facebook posts.

While an investigation has been ongoing for at least five months, two sources within Aurora Fire Rescue say as of Feb. 26, his office has been cleared out and his personal items are no longer there.

A spokesperson for the city of Aurora said in an email, "until an internal administrative process is complete, the city is unable to comment on its progression or speculate on an outcome."

Stephen McInerny is second in command with Aurora Fire Rescue (AFR) as the deputy chief of operations. He got the job two years after he was fired from his position as fire chief in Naples, Florida in 2016.

From the beginning of his tenure in Aurora, two city workers, who did not want to be identified for fear of retaliation, told 9NEWS the trouble followed him.

Most recently, McInerny is accused of taking advantage of his position of power and bringing his daughter to multiple fire scenes and sometimes crime scenes.

One of the city employees who did not want to be named shared photos of the girl at fire scenes that they said McInerny posted on Facebook and later deleted.

AFR has also been notified of accusations of racially insensitive posts made by McInerny. One post McInerny shared referred to protestors as "whiners."

The Colorado Black Professional Firefighters said in a statement they "are disappointed but not surprised by Operations Chief Stephen McInerny's Facebook post." They went on to write, “given our nation’s social climate and the recent event with Elijah McClain in the City of Aurora, we feel it is irresponsible for anyone holding a high position in any organization to make such a post.”

McInerny is also accused of making scheduling decisions based on gender.

She and several other of her colleagues said they were told by McInerny the dots were put there to "disperse" women throughout the shifts. Firefighters said the dots were taken down in the spring of 2019, but felt the department never addressed the underlying issue.

“There’s a lot of people that don’t think women belong In the fire service and I know even to this day, even though there’s more females in the fire service, we’re still scrutinized, we’re still watched, we’re still put under a microscope," said the retired Aurora firefighter. "But I didn’t think that we were dispersing people based on their gender or their race or anything like that anymore, I thought we had progressed beyond that."

An AFR spokesperson said a third-party firm has been investigating the allegations.

9NEWS attempted to contact McInerny by phone call, and knocking on his door for a story on the evening of Sept. 28, and then by email for the story on Feb. 28. After an email was sent directly to McInerny, AFR asked that only the public information officer becontacted. McInerny never responded.