Aurora Fire Rescue that said the fire in the 10600 block of East Exposition Avenue was started accidentally. 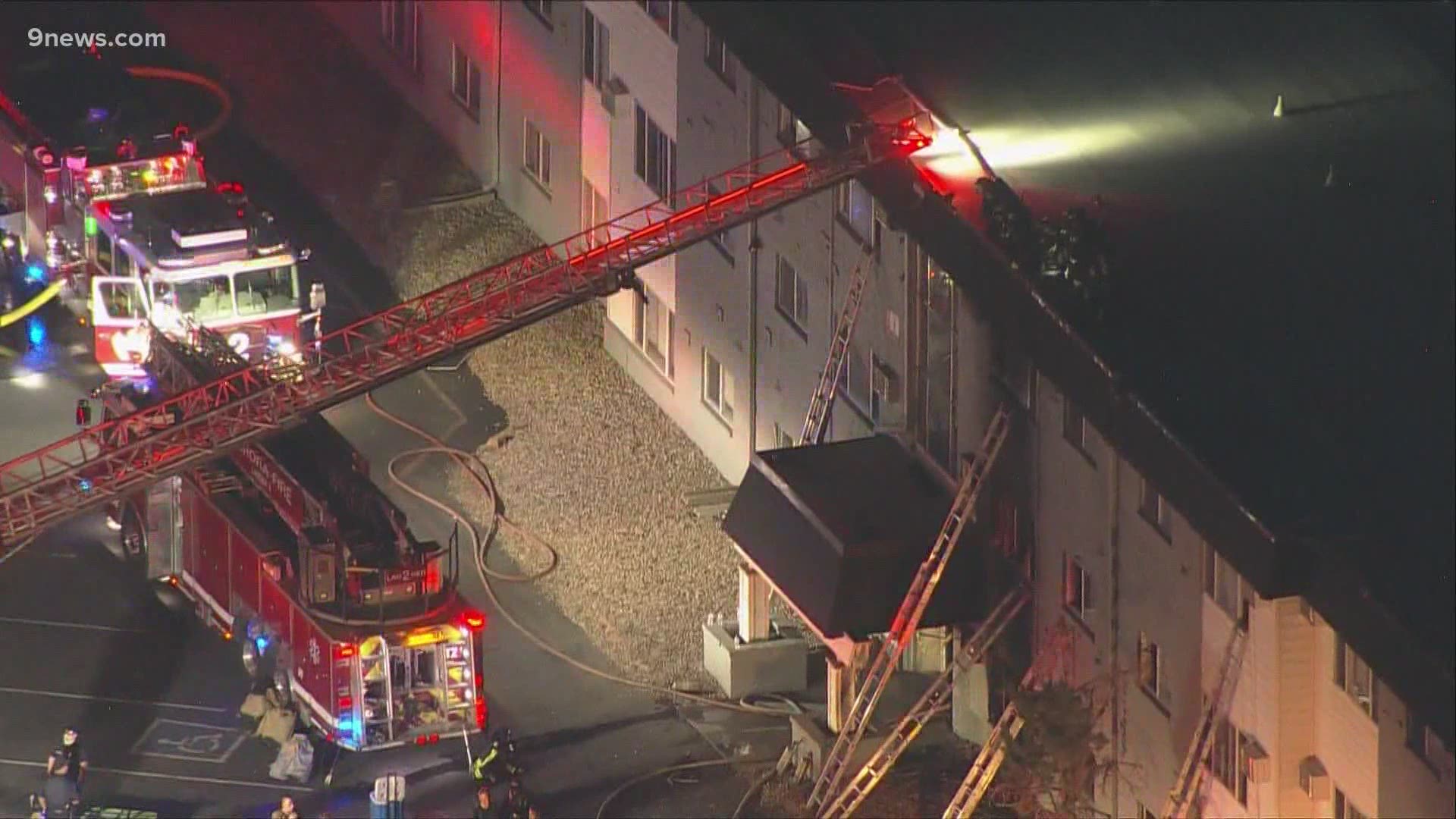 AURORA, Colo. — A fire that injured five people and damaged 31 units in an apartment complex on Friday night was started accidentally, according to Aurora Fire Rescue (AFR).

The three-alarm blaze in the 10600 block of East Exposition Avenue started in the kitchen of a first-floor unit, AFR said on Monday. That's at the corner of Exposition and South Havana Street.

On the night of the fire, firefighters performed multiple ladder rescues of people trapped on the second and third floors, according to AFR.

According to AFR, five patients were checked out by paramedics but they did not have life-threatening injuries. One of those patients was transported to a local hospital, but there wasn't an update on the patient's condition as of Saturday afternoon, according to AFR.

A total of 31 Park Place at Expo apartments were affected by water, fire or smoke damage.

The American Red Cross said they were told to be ready to help between 120 and 140 people impacted by the fire.

As of Saturday afternoon, 76 people were staying at the Double Tree by Hilton off of Iliff Avenue, with help from the Red Cross.

"We will be here at least through tomorrow. After that, we don't know. But they they're welcome to come here. And if they live in that apartment building, we will be able to help them," said Kathy Coffey, a shelter supervisor for the Mile High Chapter of the Red Cross.

Overall, Coffey advises people who experience something like this to have a plan ready.

For immediate assistance from the Red Cross, call 1-800-REDCROSS, or click here and scroll down to find the contact for your local Colorado Red Cross Chapter.

AFR said Saturday they did not know how long residents would be displaced.

Riley Flukinger and her fiance Mathew Holland are some of those residents currently staying at the Double Tree.

They said they were home when the fire started somewhere in the building.

Flukinger and Holland were able to escape, and with the help of firefighters, their pet cats were able to make it out too.

Overall, they're thankful for the help, but also say having a plan to get out if a fire starts is important.

"Another thing I think is super important is that everybody kind of brush up on your fire safety. You know, I know it's stuff that we learn whenever we're younger and we think it's never going to happen to us, but it's important to have a plan," Flukinger said.